GROSSMAN, RAKOVEC, AND YOSHIDA LEAD THE WAY INTO CHAMONIX SEMI-FINALS

The IFSC Lead World Cup in Chamonix commenced this morning with men’s and women’s qualifications, where Japan, Slovenia, and the USA climbed their way into first position heading into semi-finals.

As the only athlete to achieve two tops, 17-year-old Satone Yoshida of Japan will progress into the men’s semi-final this evening in first place. With a top of qualification route two, Olympian Alberto Ginés López, of Spain, and Domen Skofic, of Slovenia, will follow Yoshida into the next round, in second and third place respectively. Canada’s Victor Baudrand was the only athlete aside from Yoshida to secure a top of route one, also bagging himself a semi-final spot in fourth position, alongside his younger brother Oscar Baudrand who qualified in 18th.

In the women’s event, Slovenia’s Lucka Rakovec and Natalia Grossman of the USA achieved a joint first position heading into the semi-final, reaching 50 on route one and obtaining a top of route two. Grossman accomplished a podium position at this year’s Lead World Cup in Villars, whereas Rakovec reached the Lead final in both Villars and Innsbruck. Following into the semi-final in a solid third place, is 16-year-old Aleksandra Totkova of Bulgaria. Olympians Julia Chanourdie, of France, and Laura Rogora, of Italy, proceed to the next round in fifth place and 11th place, respectively.

Although the alpine sun shone down over the qualification round, poor weather conditions forecast for tomorrow morning means that both the men’s and women’s semi-finals will now take place this evening from 7:30 PM (UTC+2). 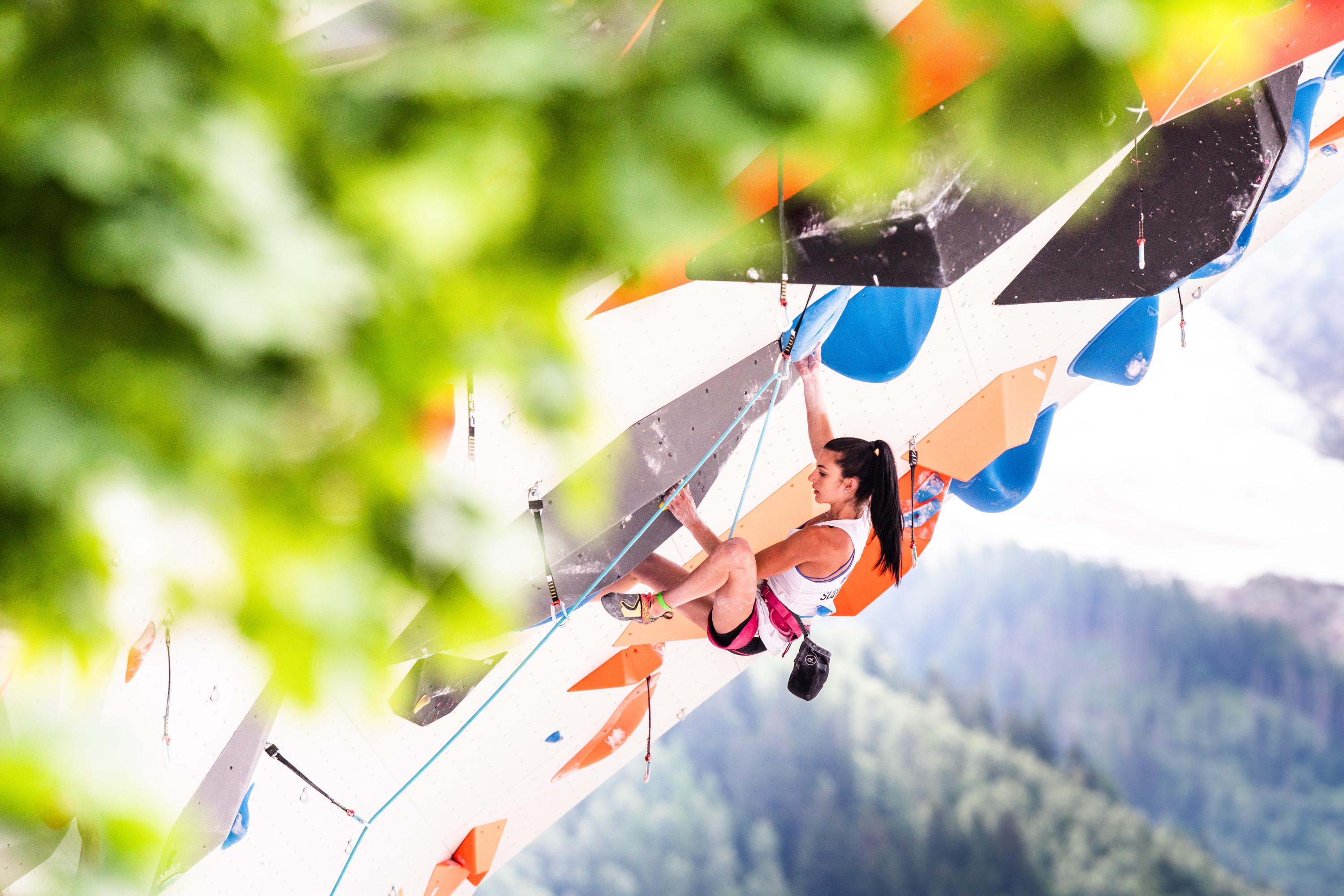 The full list of athletes through to the men’s semi-final is as follows:

Competing in the women’s semi-final this evening, are: