GOLD FOR FRANCE, JAPAN AND SOUTH KOREA BRING 2022 YOUTH WORLDS TO A CLOSE

The 2022 IFSC Youth World Championships concluded at Summit Plano in Dallas, USA, today as the final Lead medals were handed out to the Youth A men and Youth B winners.

The three podiums brought to a close 10 days of youth competition across two venues in the state of Texas beginning with Boulder at Movement Climbing’s The Hill before moving across to Summit Plano for the Speed and Lead events.

Over 450 young athletes from across the globe gave their all to showcase the next generation of climbing talent which culminated in France, Japan and South Korea stepping onto the top of the final medal podiums. 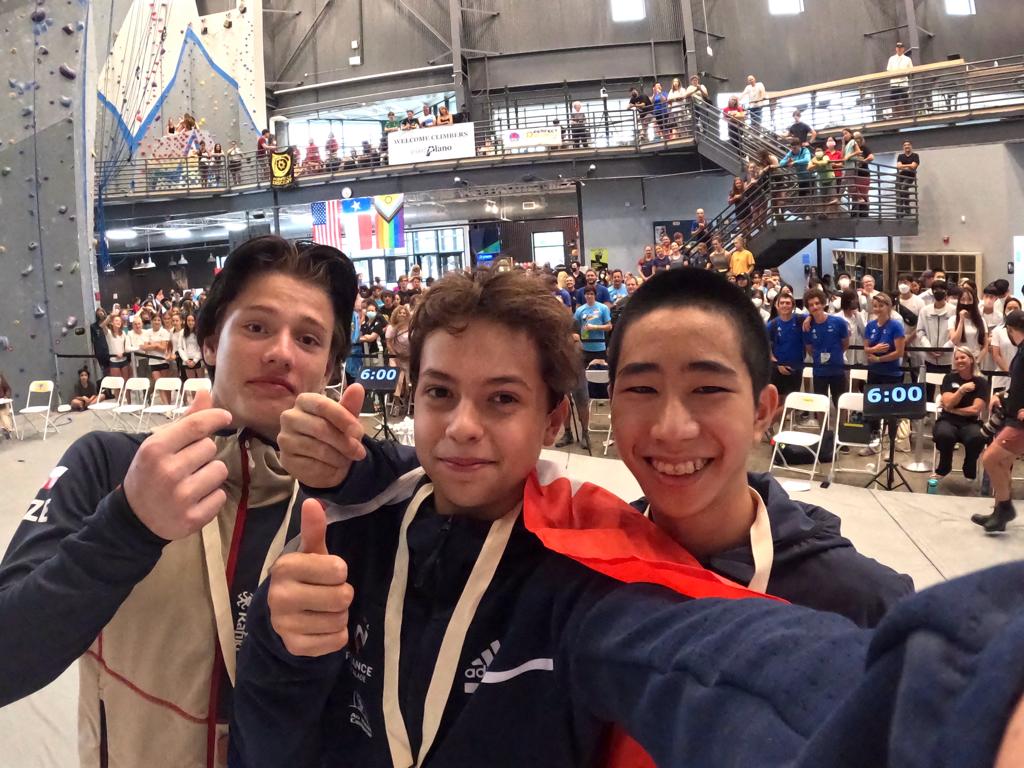 In the Youth B male category, the last climber on the wall for the 2022 event was Max Bertone, and the Frenchman rounded of the action in style with two of the biggest screams of the whole competition – the first from the crowd, and the second shortly after from the climber himself.

Bertone was in good form with a top in qualification and one in the semifinals to put himself among the favourites, even if he didn’t think so himself: “I feel really proud because I found it really hard in the semis because I didn’t feel ready to compete.

“I knew I had done something good because when I did the last hold the whole crowd screamed so loud, and I thought I was in with a good shot at being the world champion. So, when I did that final move, I screamed myself because it was such a release of pressure.”

Bertone was world champion and took gold above Japan’s Riku Ishihara in silver and the Czech Republic’s Lukas Mokrolusky who both reached hold 44+.

In the women’s Youth B category it was South Korea’s Chaeyeong Kim who took the title just ahead of France’s Meije Lerondel.

“I’m really proud that I didn’t really make any mistakes today,” said Kim. “And I’m relieved that because of that I got to finish in a good position and to win the title.”

The good position was hold 47+ compared to silver medallist Lerondel’s 47.

Kaho Murakoshi added to the already impressive number of Japanese medals with a bronze on hold 41+. 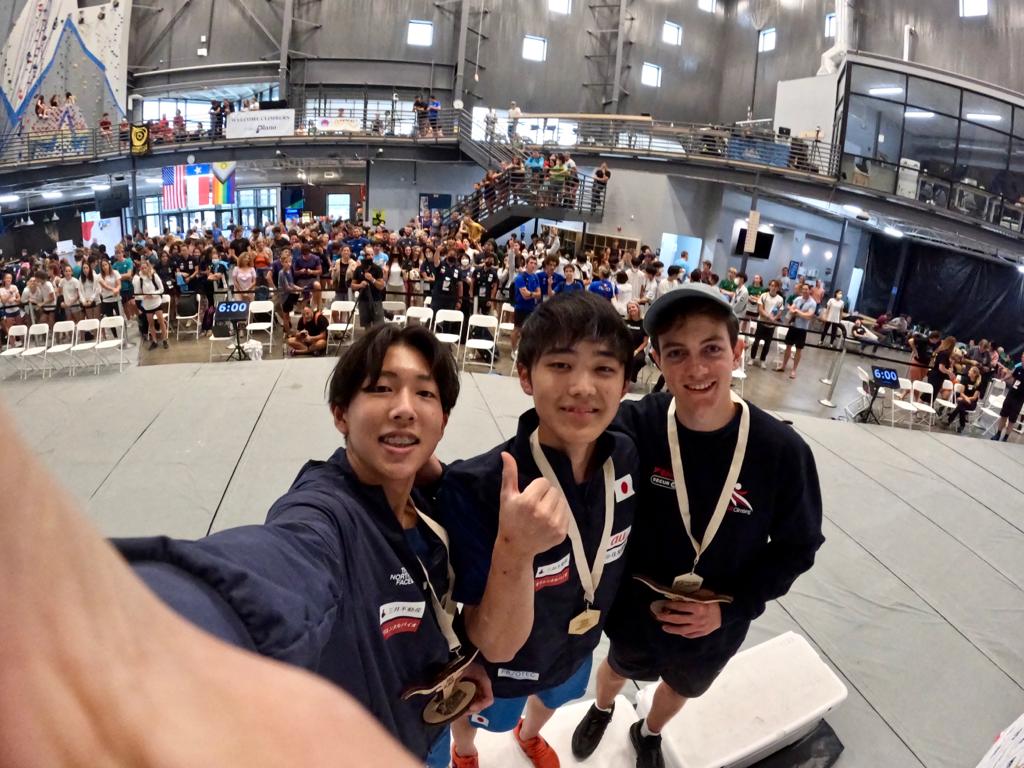 Extending the medal haul even further for Japan was Soratu Anraku who added a Lead gold to a Boulder bronze from earlier in the week.

“I am so happy to have won,” said Anraku. “It was a difficult and powerful route. I only liked that type of route a little bit, but obviously now I like it a lot.”

Also on the same Boulder podium as Anraku was Toby Roberts of Great Britain who yet again collected a Youth Worlds medal. Just like in Boulder, Roberts took silver and can be pleased with his two medals from Dallas.

Both Anraku and Roberts hit hold 38+ in the final but the Japanese climber had the edge thanks to his semifinal display.

Rounding out the podium was Japan’s Rikuto Inohana who took bronze with his 35+ and taking the nations total 2022 Youth Worlds medal tally to an impressive 19.

The medal presentations brought the 2022 IFSC Climbing Youth World Championships to a close as the athletes scrambled to swap team kit with the new friends they had made throughout the week of competition and return home with a souvenir of their time in Dallas, Texas.