What do all these things have in common? Sport Climbing’s debut at the European Championships Munich 2022, of course!

Feedback from the climbers, spectators and volunteers this week all points to a tremendously successful competition. But what did the organizers think of it?

To find out, we caught up with IFSC President Marco Scolaris, European Championships Management (ECM) Co-Founder and Co-Managing Director Paul Bristow, and IFSC European Council President Tijl Smitz to get their views on what was billed as the “biggest sports event in Germany since the 1972 Summer Olympics.”

President Scolaris gave Munich 2022 full praise, in particular for the synergies derived from hosting competitions in such close proximity to other sports (Sport Climbing, for example, shared the historic Königsplatz in central Munich with beach volleyball).

“Life is a learning process. The day you stop learning you die,” Scolaris said. “Being here this time with beach volleyball is really great. We see the way they manage their event and they see the way we manage our event, and through this synergy we will certainly improve the quality of our events in the future.

“At the same time, this is a celebration of sport in general. Multi-sport events are always something exciting.”

The second edition of the European Championships featured nine Olympic sports in total taking place from 11-21 August. In addition to Sport Climbing and beach volleyball, the programme was rounded out by athletics, canoe sprint, cycling, gymnastics, rowing, table tennis and triathlon.

Sport Climbing proved that it not only could pull its weight compared to the traditional sports on the programme, but that it could also bring something fresh and exciting to the mix that truly resonated with the public.

“In the revamp of the European Championships sports programme for Munich 2022, it was clear for the ECM and Munich that Sport Climbing would bring another dimension to this multi-sport event - and what we have seen at the Königplatz over the last days has been nothing short of spectacular,” said ECM’s Bristow. “The athletes have been truly amazing, the crowds beyond imagination.”

With the iconic city gate known as The Propylaea as a backdrop and the crowds in fine form all week, the athletes had the perfect platform on which to perform, which also translated extremely well to television audiences across Europe.

“One of the main successes comes from the fact that there is very good TV production and now people all over Europe can see what Climbing is,” Scolaris said. “They see that Climbing is as good as the other sports. It deserves its place here and the success it created.”

The sentiment was echoed by IFSC European Council President Smitz: “I think it’s really great to be among all the other traditional sports at the European Championships. It somehow gives more credibility to Sports Climbing. It also allows us to have way bigger visibility all over Europe with the live TV coverage.”

Asked what he thought the impact of Sport Climbing’s inclusion at Munich 2022 was, Smitz said it would ultimately be up to the data crunchers and historians to determine. “But from what I have heard from the different nations and people back at home in Belgium, France, Italy and here in Germany, it’s big,” he offered. “Everyone is seeing our sport on the TV and loving it apparently. I think the impact is huge but it’s very difficult to estimate.”

In addition to the traditional events of Speed, Lead, and Boulder, Sport Climbing at Munich 2022 also featured the competitive debut of Boulder & Lead (B&L), the new format to be used at the Olympic Games Paris 2024.

For President Scolaris, the new format was a success overall, although he admitted that a few tweaks may still be necessary going forward.

“I think everyone is able to understand the new format, this is the most important thing,” he said. “I have heard a lot of positive comments and also some negative ones, which is normal in life. All in all, I think we are on the right track regarding what we need for Paris. There are some details that still need to be defined, for example how hard the Boulders must be, how hard the Lead, and this kind of thing. But I’m quite satisfied, it was a great show.”

ECM Co-Managing Director Bristow agreed, adding: “We have seen innovation first-hand with the new Boulder & Lead format to be used at Paris 2024 making its official competitive debut in Munich. We are truly delighted by our valued partnership with the IFSC, and we look forward to continuing to work together to help grow the sport even more in the future and elevate their Champions of Europe.” 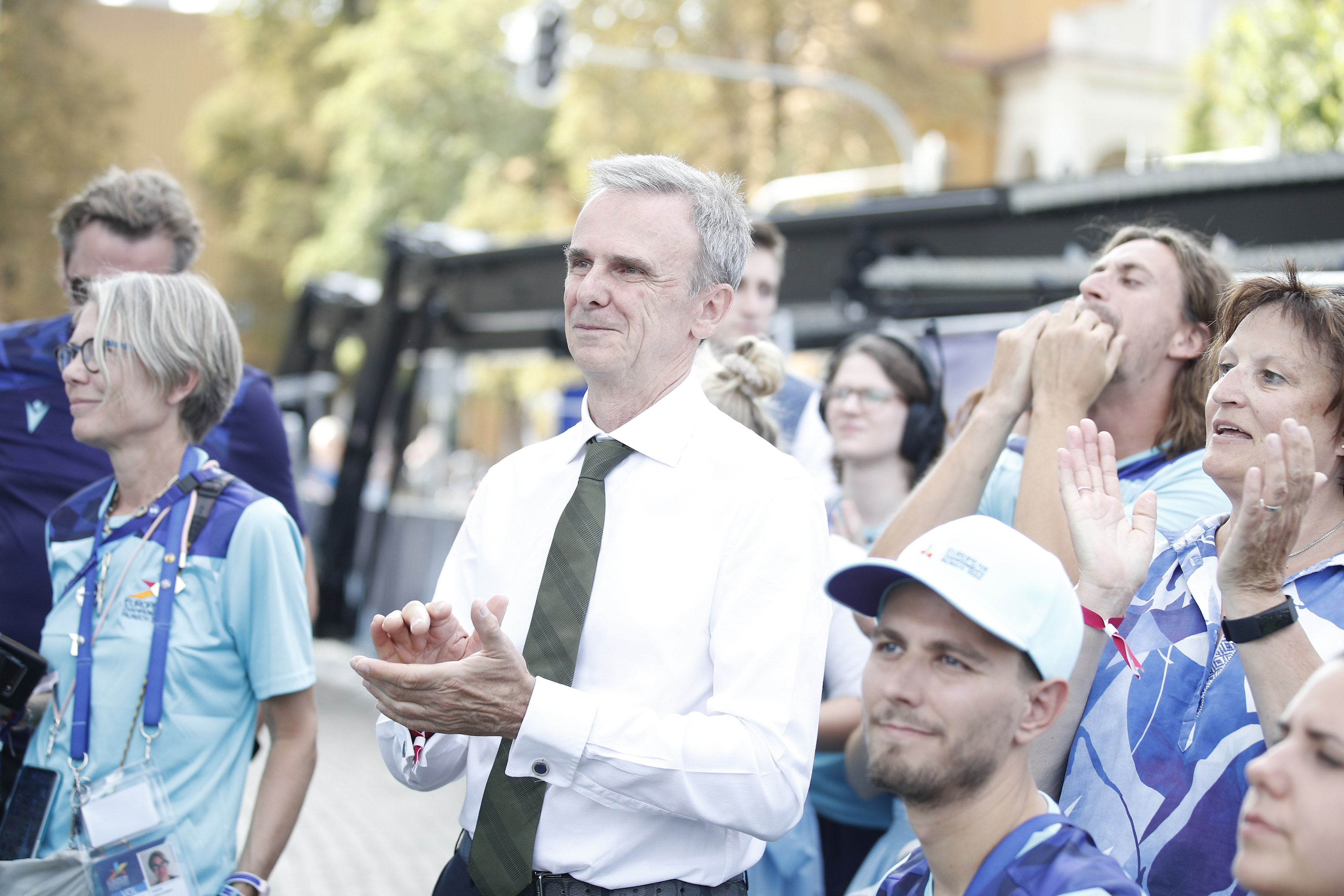