Slovenia’s Janja Garnbret secured her second European Championship gold medal in as many days in front of another packed out crowd at the Königsplatz in Munich, Germany.

Fresh off a maiden European victory in yesterday’s Lead competition, Garnbret quickly added another Munich 2022 title by taking Boulder gold, but the Slovenian had to come back from a slow start to take the top step of the podium.

As home favourite Hannah Meul and France’s Oriane Bertone both topped the first Boulder, Garnbret only managed to take a zone. The second problem was a totally different story though.

With only Fanny Gibert of France reaching the zone, Garnbret entered the arena, quickly flashed the problem, and exited at the top of the rankings. Another flashed third Boulder and a final zone secured her medal.

“Today was tough,” said Garnbret. “I started off pretty badly with the first boulder, not doing it, but I didn't panic. I just said to myself, ‘look, you have three boulders in front of you, anything can happen' and I continued to have fun.”

Germany’s Meul had tried to put the pressure on Garnbret by flashing the third problem of the evening, but that in turn ultimately put pressure on the rest of the final’s competitors for the medal positions.

Obviously buoyed by the home support, and asking for more noise whenever she needed it, Meul was spurred on to secure silver with fewer attempts for her two tops and three zones ahead of Bertone who took bronze.

Meul said: “I enjoyed every minute on the wall and on the mats, in front of that huge crowd.

“It's super exciting to call myself a European silver medallist. It's crazy. It sounds amazing and it hasn’t hit home yet.”

At just 17-years-old, Bertone was competing against more experienced climbers, but that didn’t seem to faze the teenager who more than held her own and will take massive positives as well as a bronze medal away from Munich.

Bertone said: “It feels really great to be able to say okay, I'm good enough to win bronze and I feel like I was good enough to win silver. I don’t know if gold would have been doable, but I want to win gold so I'm going to go back to training and keep that in mind.”

Belgium’s Chloé Caulier finished in fourth position with one top and three zones which put her ahead of Eliska Adamovska of the Czech Republic who topped one Boulder also, but had fewer zones with two.

Gibert didn’t seem to find her rhythm in the final and failed to top any of the problems. The French athlete finished in sixth overall with three zones. 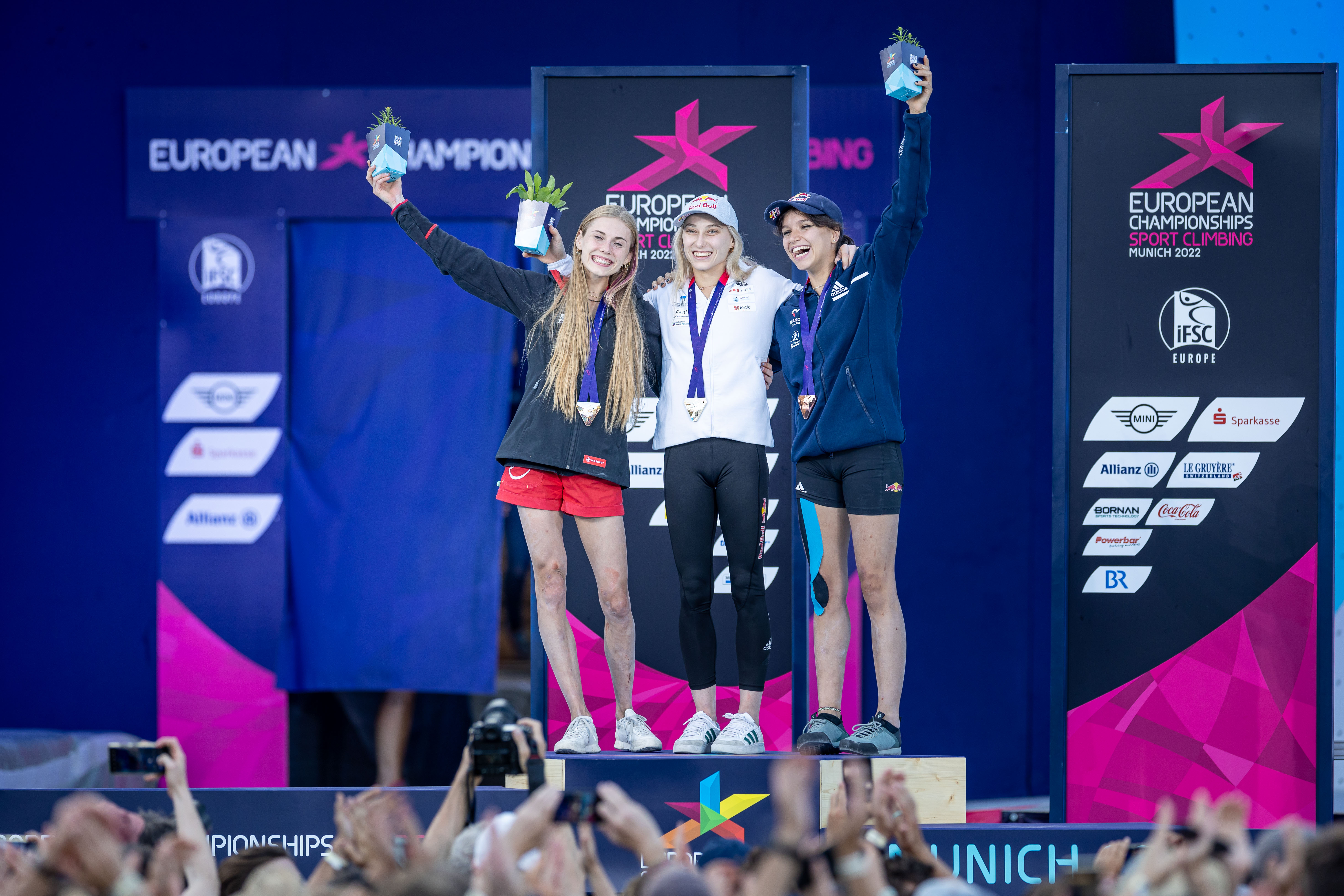