The Munich 2022 sports programme will feature more than 4,400 athletes, 158 medal events, 50 participating nations, 16 disciplines, 12 European championships, 11 days of competition, and nine Olympic sports, all as part of one multi-sport event.

In only the second edition of the European Championships, 200 climbers from 26 nations will compete for eight sets of medals with the three Sport Climbing disciplines of Boulder, Lead, and Speed featuring alongside the new Olympic format, Boulder and Lead combined.

Set to be used at Paris 2024, the European Championships presents the opportunity for athletes to experience the new combined Boulder and Lead format in a competitive environment as climbers from the Boulder and Lead competitions gain points in the hope of making the combined top eight overall, and with it the chance for another medal.

Going for glory and the title of European Champions will be a host of stars of the sport as Olympic champions, world champions, World Cup winners and record holders all fight it out at the multi-sport event.

Janja Garnbret is not only the current Olympic champion but has also been unstoppable in the 2022 Lead season. The Slovenian has a perfect four from four record on the World Cup circuit taking wins in Innsbruck, Villars, Chamonix, and Briançon. Although the Tokyo 2020 gold medallist missed most of the Boulder season to focus on Lead, she has to be a hot favourite for a medal across Boulder, Lead, and the combined events.

Jessica Pilz of Austria is fresh off a Lead gold at the World Games in Birmingham, Alabama, USA, last month and will come into the European Championships with medal winning confidence. There will be hopes of a home win from Germany’s Hannah Meul who took silver in Boulder at the World Cup in Innsbruck.

It will be hard to look past Poland in the women’s Speed event who boast the current world champion Natalia Kalucka, the current world record holder Aleksandra Miroslaw and Aleksandra Kalucka who is coming off the back of a PB and silver medal at the World Cup in Chamonix.

Hoping that a home crowd will lift her on to the Speed podium will be Germany’s Franziska Ritter who claimed a bronze medal at the World Games in Birmingham.

The men’s Speed competitions has been dominated by the Asian nations of late, so the chance for the European athletes to take the limelight will surely bring some intense competition.

Erik Noya Cardona of Spain has broken the Asian stronghold on Speed medals recently at the World Cup in Chamonix by taking a silver medal. Yaroslav Tkach of Ukraine has also claimed a podium finish with a bronze at The World Games. Compatriot Danyil Boldyrev will hope to recapture the form that saw him take a world record in 2014, a record that stood for three years.

At the last Lead World Cup in Briançon there were two German’s pushing for medals. Alexander Megos made the final step of the podium taking a bronze just ahead of teammate Yannick Flohé. With a home crowd roaring them on they will be hoping for a strong performance and some more silverware.

Competition will be tough though with Adam Ondra of the Czech Republic returning to action with a bang, and a gold medal, following a post Olympics hiatus. Ondra took Lead World Cup Chamonix gold at the start of July.

With a new Olympic format on show it’s hard not to talk about the current Olympic champion, Alberto Ginés López. The Spanish climber will be looking to defend his title at Paris 2024 so putting down an early marker in the new format would be a great way to show his rivals he means business.

Competition starts on Thursday, 11 August at 12:00 PM (UTC +2:00) with the women’s Lead qualification and culminates with the men's Boulder & Lead final, Lead round on Thursday, 18 August. 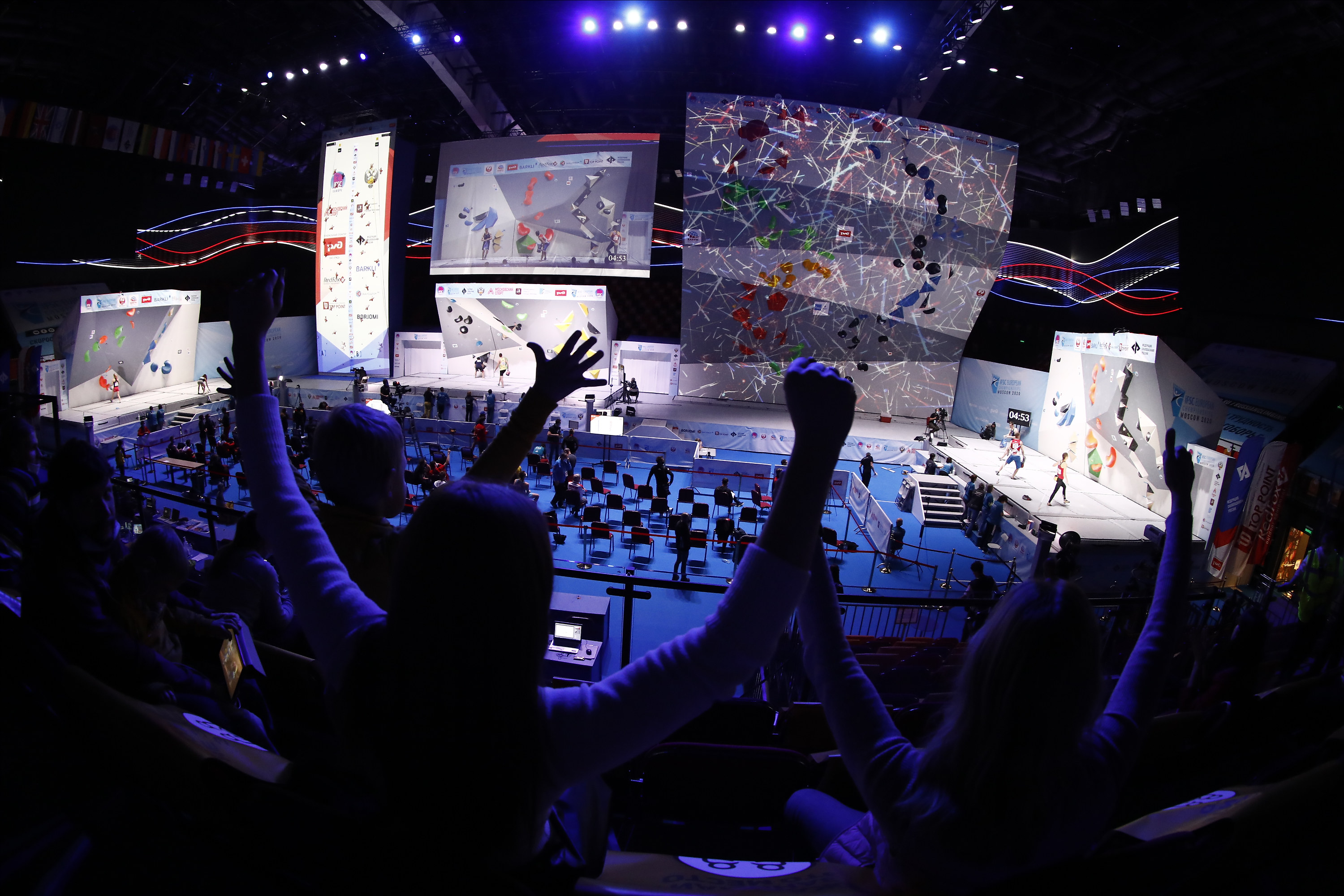