The World Games Birmingham 2022 came to a close today with medals confirmed across all the Sport Climbing disciplines – Boulder, Lead, and Speed.

In the 11th edition of the multi-sport event, and the fifth appearance for Climbing, there were six gold medals spread across six competing nations in Alabama, USA.

USA’s Emma Hunt pleased her home crowd with a win in the women’s speed, a feat that also gained her Athlete of the Day status from the event organisers. The former Youth Worlds champion impressively beat the current world champion, Poland’s Natalia Kałucka, in the final with a time of 7.24 compared to the silver medallists' 8.88.

The podium of the women's Speed event - Photo: Daniel Gajda/IFSC

Veddriq Leonardo won an all-Indonesian final against teammate Kiromal Katibin in the men’s speed competition to take gold. Katibin has been breaking the world speed record on a consistent basis recently, but had to settle for a silver medal as he was unable to register a time in the final. Leonardo clocked 7.23 to take the top step of the podium.

The Indonesian climbers were joined by bronze medallist Yaroslav Tkach of Ukraine who again won a tight medal race against Kazakhstan's Rishat Khaibullin by just 0.04 seconds. 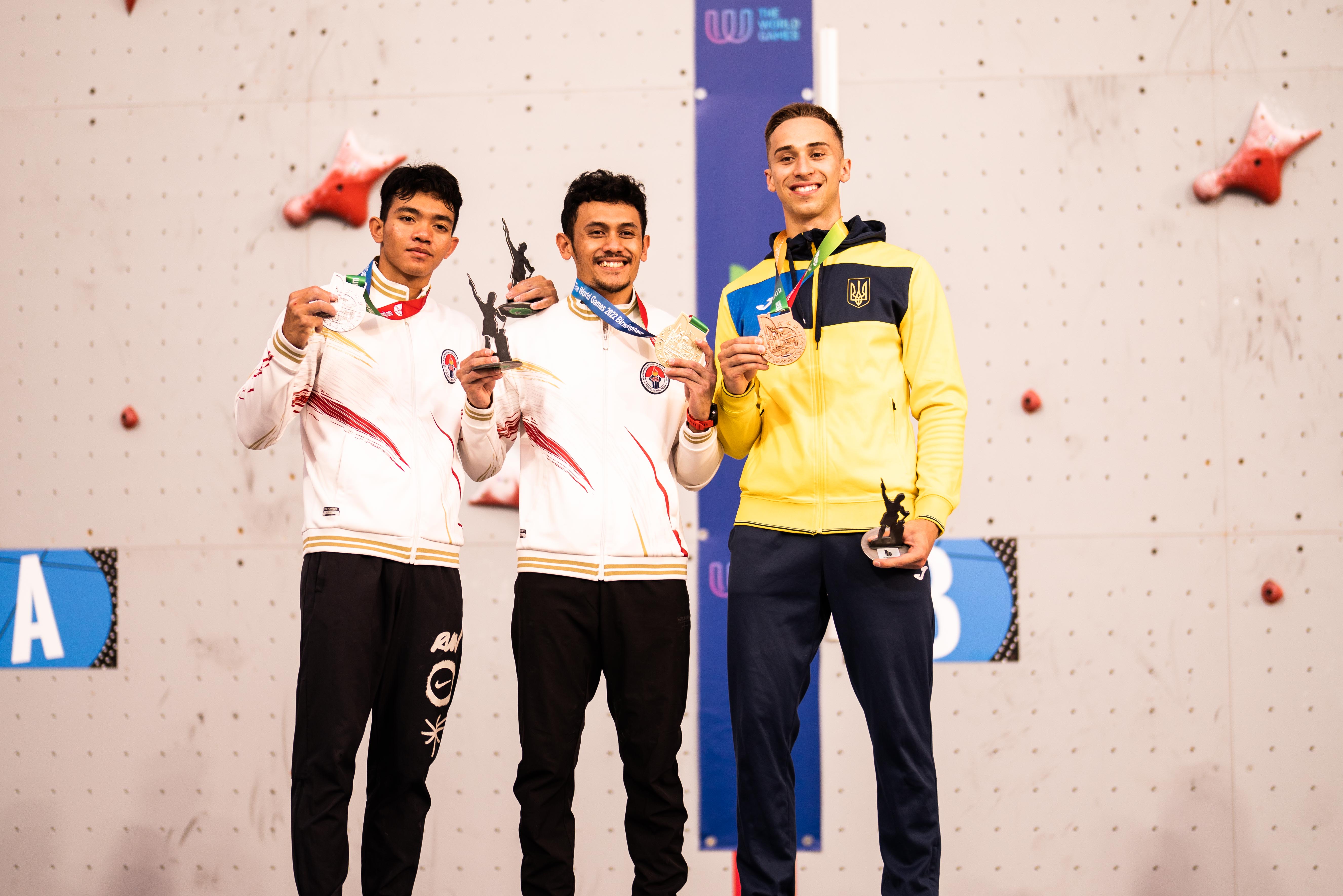 The podium of the men's Speed event - Photo: Daniel Gajda/IFSC 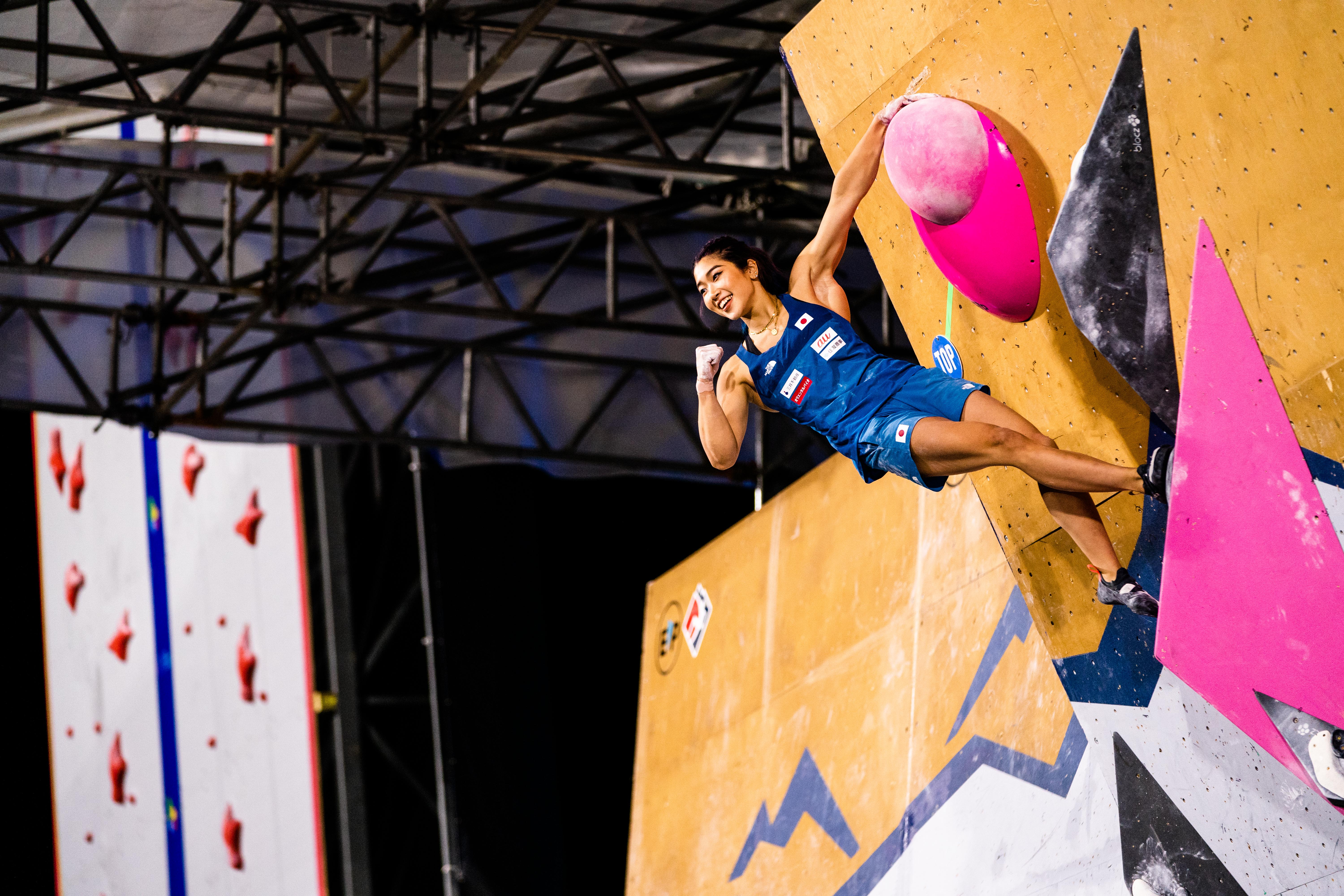 There were also two Japanese medallists in the men’s event, but this time no gold for The World Games 2017 gold medallist Ogata Yoshiyuki, who had to settle for a bronze.

Fujii Kokoro and Belgium’s part-time climber Nicolas Collin were the competition standouts topping all four problems in the final. Tied all the way, Kokoro and Collin had to be separated by attempts with the Belgian coming out on top to take the gold.

The nursing student only just made the finals in sixth position but showed his class in the final to take the top step above his two Japanese rivals. 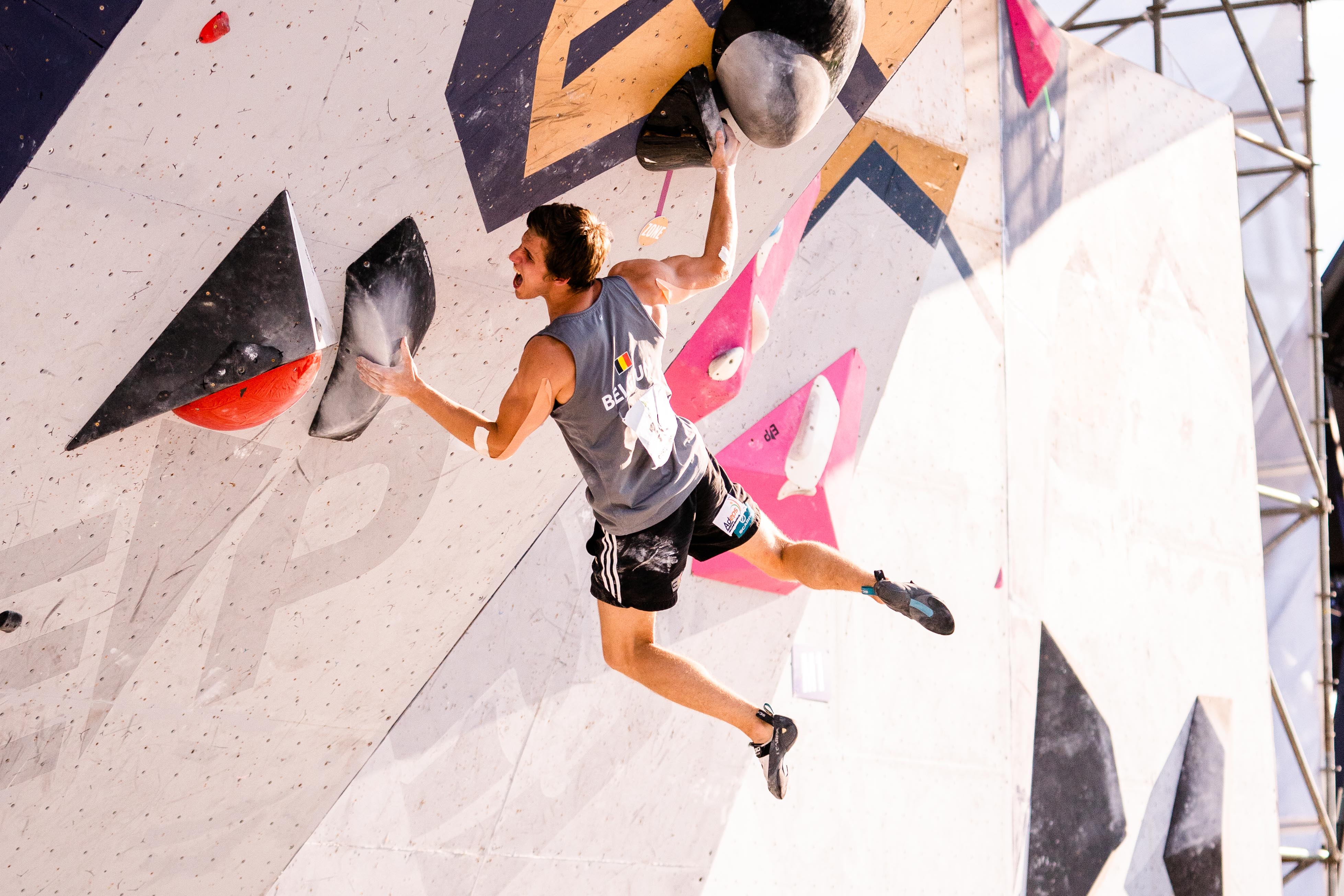 A week after topping the Lead final route at the IFSC World Cup in Chamonix, France, missing out on a medal in fourth place, Austria’s Jessica Pilz proudly stood on the top step of the World Games podium with a gold medal around her neck.

She was joined on the women’s Lead podium by Tanii Natsuki of Japan who claimed silver ahead of Slovenia’s Lana Skusek in bronze. 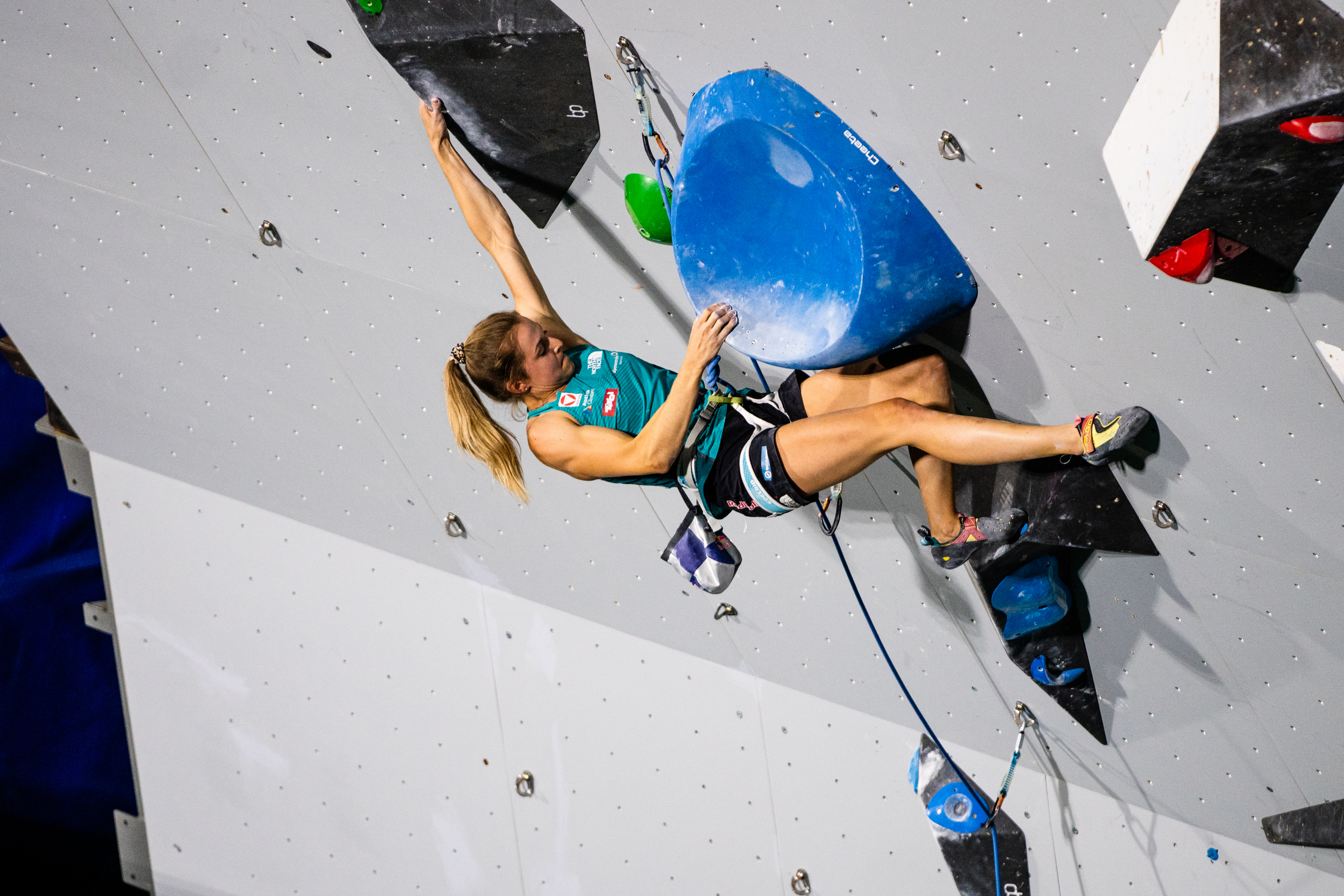 There was yet another Birmingham 2022 medal for Japan from Higuchi Masahiro in the men’s Lead event, but, yet again, it was silver. Gold went to Swiss climber Sascha Lehmann – whose last medal was at the 2021 IFSC World Cup in Innsbruck, Austria – with bronze going to France’s Mejdi Schalck.

For the complete results of the men’s and women’s Boulder events click here.

For the complete results of the men’s and women’s Lead events click here.

For the complete results of the men’s and women’s Speed events click here.

The next edition of the World Games is set to be held in Chengdu, China, in 2025.