The first International Federation of Sport Climbing (IFSC) World Cup hosted by an Asian city since October 2019 closed tonight at the Jungnang Sport Climbing Stadium, inside the Yongma Waterfall Park in Seoul.

Natalia Grossman of the United States of America capped off a fantastic performance with a smooth flash on problem number four. The US talent finished the event with the gold medal around her neck, and the impressive record of 13 boulder problems solved out of 13 between qualification, semi-final, and final.

One top shy of the gold medal position, Oriane Bertone of France slipped when she was centimeters away from securing the third bloc of the round, which eventually turned out to be the decisive one. The 17-year-old finished second, claiming the third World Cup medal of her career.

The podium was completed by Tokyo 2020 Olympian Brooke Raboutou, also of the United States of America, who signed off with three tops and three zones, winning the bronze medal.

Just outside of the medal positions, Stasa Gejo of Serbia took fourth place with two tops and four zones, Camilla Moroni of Italy placed fifth with one top and two zones, and Aoyagi Mia of Japan closed in sixth place with three zones.

For the full results of the women’s Boulder final click here.

As a light rain started pouring on the venue, Team Japan concluded its domination of the men’s Boulder event. Indeed, after placing eight athletes in the semi-final round, and five in the final, the Japanese national team swept the men’s event podium.

Reigning Boulder world champion Fujii Kokoro climbed on the highest step of the podium thanks to a thrilling top on problem number 4, which he secured as time was expiring. Narasaki Tomoa – gold medalist at the opening Boulder World Cup event of the season in Meiringen, Switzerland – won silver with three tops and four zones.

The bronze medal went to Ogata Yoshiyuki with three tops and three zones.

The one and only non-Japanese finalist – France’s Paul Jenft – concluded in fourth position with two tops and four zones, followed by Narasaki Meichi and Dohi Keita of Japan, respectively in fifth and sixth.

For the full results of the men’s Boulder final click here. 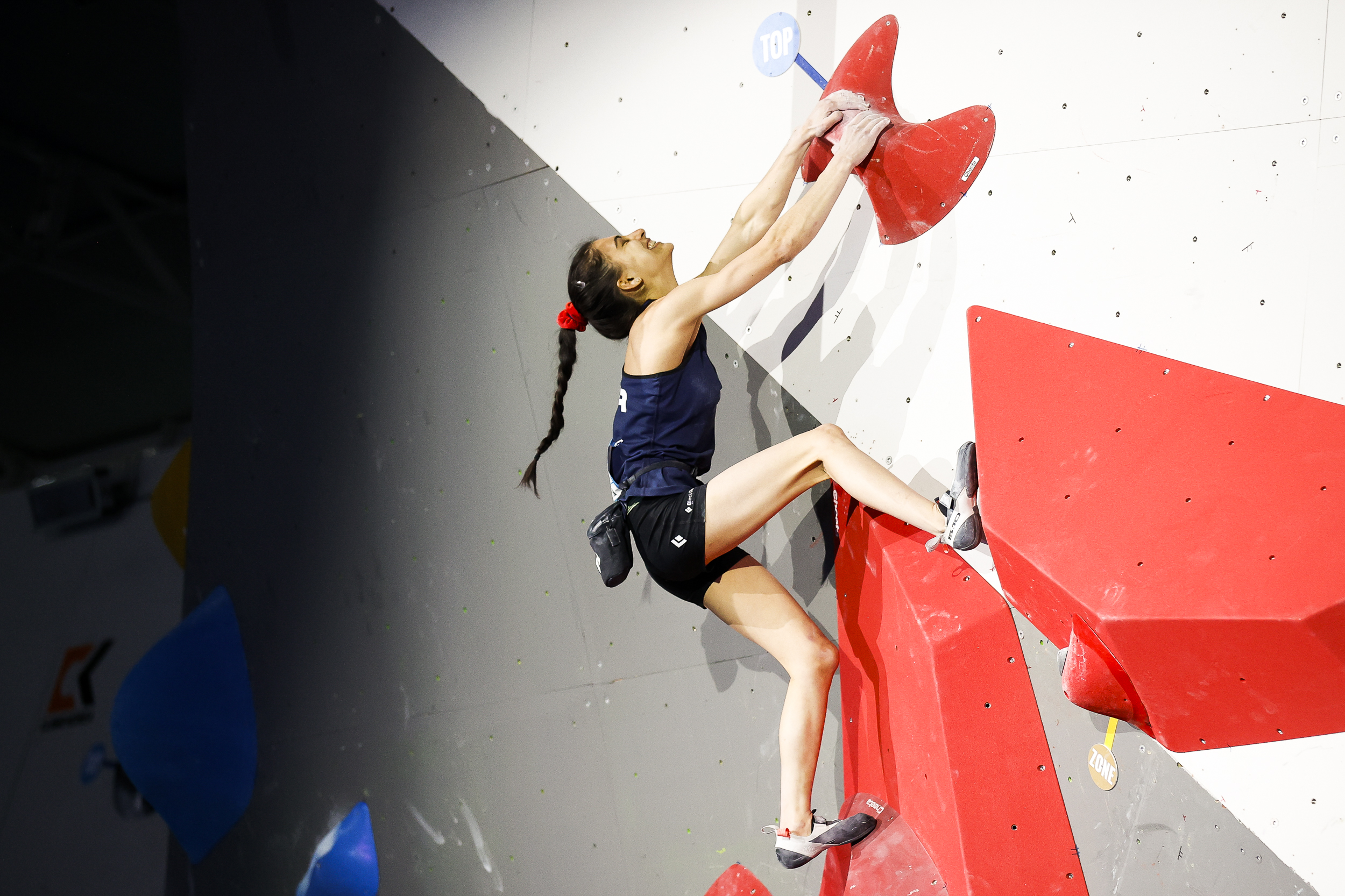 Natalia Grossman of the United States of America competes in the women's Boulder final at the IFSC World Cup in Seoul (KOR)
Photo: Dimitris Tosidis/IFSC