Following Sport Climbing’s Olympic debut in the Japanese city of Tokyo last summer, this weekend saw the highly anticipated season-opener of the International Federation of Sport Climbing (IFSC) 2022 World Cup Series in Meiringen, Switzerland. After Slovenian Olympian Janja Garnbret claimed the win in the women’s final of the IFSC Boulder World Cup Meiringen 2022 yesterday evening, today it was Japanese Olympian Narasaki Tomoa’s turn to climb atop the podium in the men’s final.

It was a strong start to the final for Narasaki Tomoa of Japan, who flashed the first boulder problem in under 60 seconds. However, after failing to secure a top on the subsequent two blocs, the 25-year-old landed in sixth position ahead of the fourth boulder. Swinging through the sequence of the final bloc, the Olympian found himself another top and thus, jumped from the bottom to the top of the scoreboard. With two tops and three zones, two-time Boulder World Champion Narasaki earned the fifth IFSC World Cup gold medal of his career, throwing his arms into the air and cheering to the crowd of the Kletterhalle Haslital.

“I feel that the energy of the audience generated my power and finally I could reach the top. That was an amazing moment for me!” said Narasaki.

“The target for this season is quite obvious for me – to be a third time overall [Boulder] champion. I found today that the style of Boulder routesetting seems to be more dynamic, so maybe I need to make some adjustments for the coming competitions,” he added.

Team Japan also claimed the second position on the podium in the Meiringen men’s final, with Narasaki’s teammate, Ogata Yoshiyuki, taking the silver medal. Clinging to the top of the wall after finding a solution on bloc number four, Ogata concluded the final with two tops and three zones, walking away with his sixth IFSC World Cup medal so far. The 24-year-old ranked second due to using more attempts than his compatriot in first place.

Having made his debut on the senior Sport Climbing circuit last year, Mejdi Schalck of France earned his second IFSC World Cup medal this evening. With two tops and three zones, Schalck secured bronze, adding it to the silver medal that the 17-year-old won at the IFSC Boulder World Cup Salt Lake City 2021. The rising-star ranked third due to using more attempts than Narasaki and Ogata, though impressively, was the only athlete to find a top on bloc two – which involved a jump up to a crack formation, before a further dyno to the final overhanging, dual-textured top hold.

Full results of the men’s final can be found here.

The next stop on the 2022 IFSC World Cup Series tour will be the South Korean city of Seoul, where World Cup events in Boulder and Speed are set to take place from 6 to 8 May. News and updates about the events will be available on the IFSC website, and on the Federation’s social media channels: Facebook, Instagram, and Twitter. 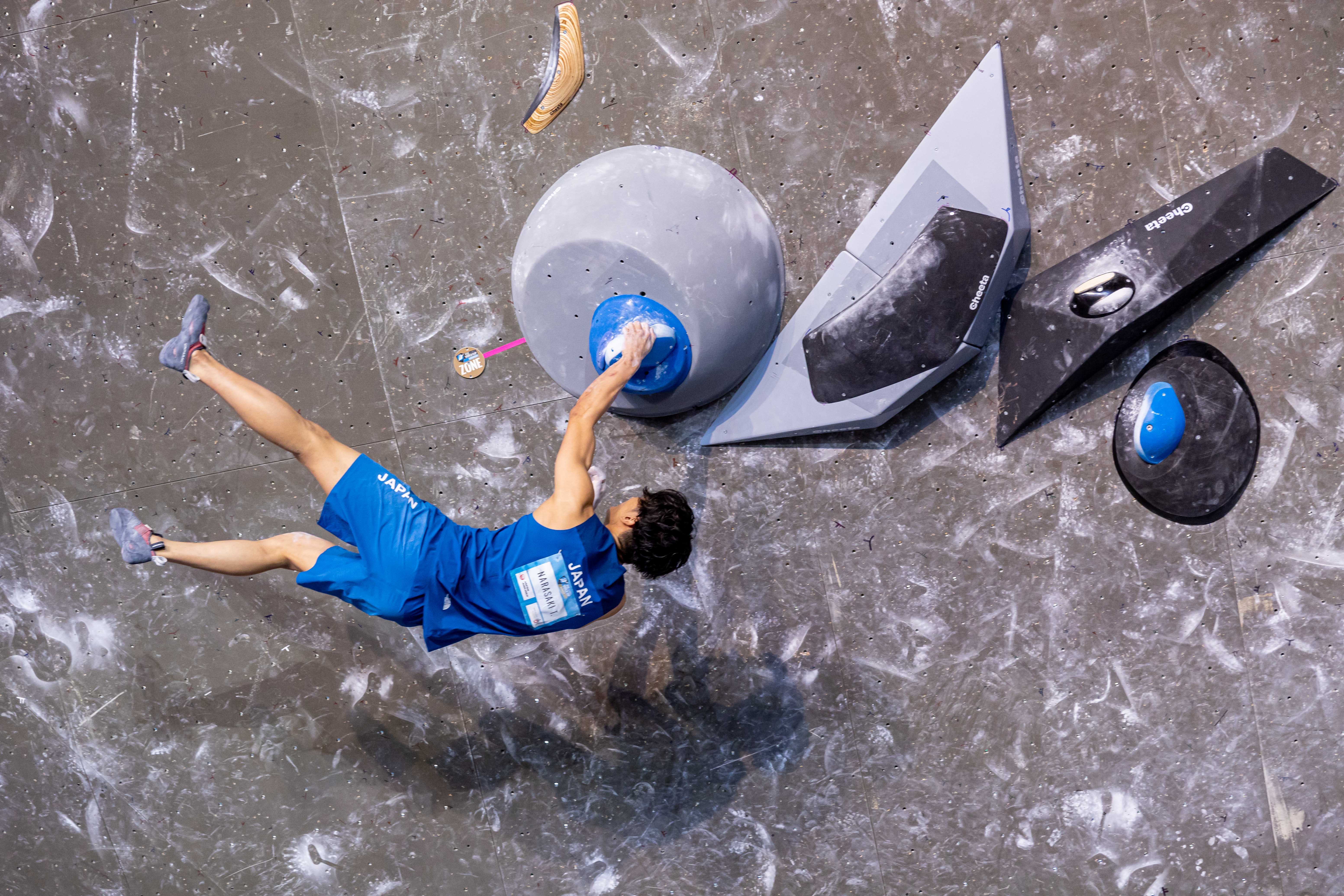