JAPAN AND SLOVENIA DOMINATE THE LEAD SEMI-FINALS IN KRANJ

The second, conclusive day of the IFSC World Cup Kranj 2021 opened with the men’s and women’s Lead semi-finals, where athletes of Japan and Slovenia respectively took four and six of the 16 final spots available.

28-year-old Masahiro Higuchi of Japan – bronze medalist in Kranj in 2008 – finished atop the men’s ranking with 41+. Slightly behind Higuchi, Slovenia’s Luka Potocar (19) placed second with 41.

Sascha Lehmann of Switzerland – leader of the men’s qualification ranking, and the last athlete to approach the wall in the semi-final round – unexpectedly slipped at hold number 11, placing 26th and missing the chance to fight for the 2021 Lead title.

The eight athletes that qualified for tonight’s men’s final are:

The full results of the men’s Lead semi-final are available here.

In front of a small, yet noisy crowd, Olympic gold medalist Janja Garnbret (22) dominated the women’s semi-final, missing the top hold only by a couple of moves and finishing with 47+. Italy’s 20-year-old Laura Rogora – current leader of the 2021 Lead World Cup ranking, and also an Olympian at Tokyo 2020 – followed in second place with 44+.

Both Garnbret and Rogora will battle for the 2021 IFSC Lead World Cup title, along with Vita Lukan of Slovenia, and Natalia Grossman of the United States of America, who respectively finished in third and fourth position in the semi-final.

The eight athletes that qualified for tonight’s women’s final are:

The full results of the women’s Lead semi-final are available here.

The women’s Lead final will start at 6:00 PM (UTC+2:00), and it will be streamed live on the IFSC YouTube channel.; the men’s one will follow right after. 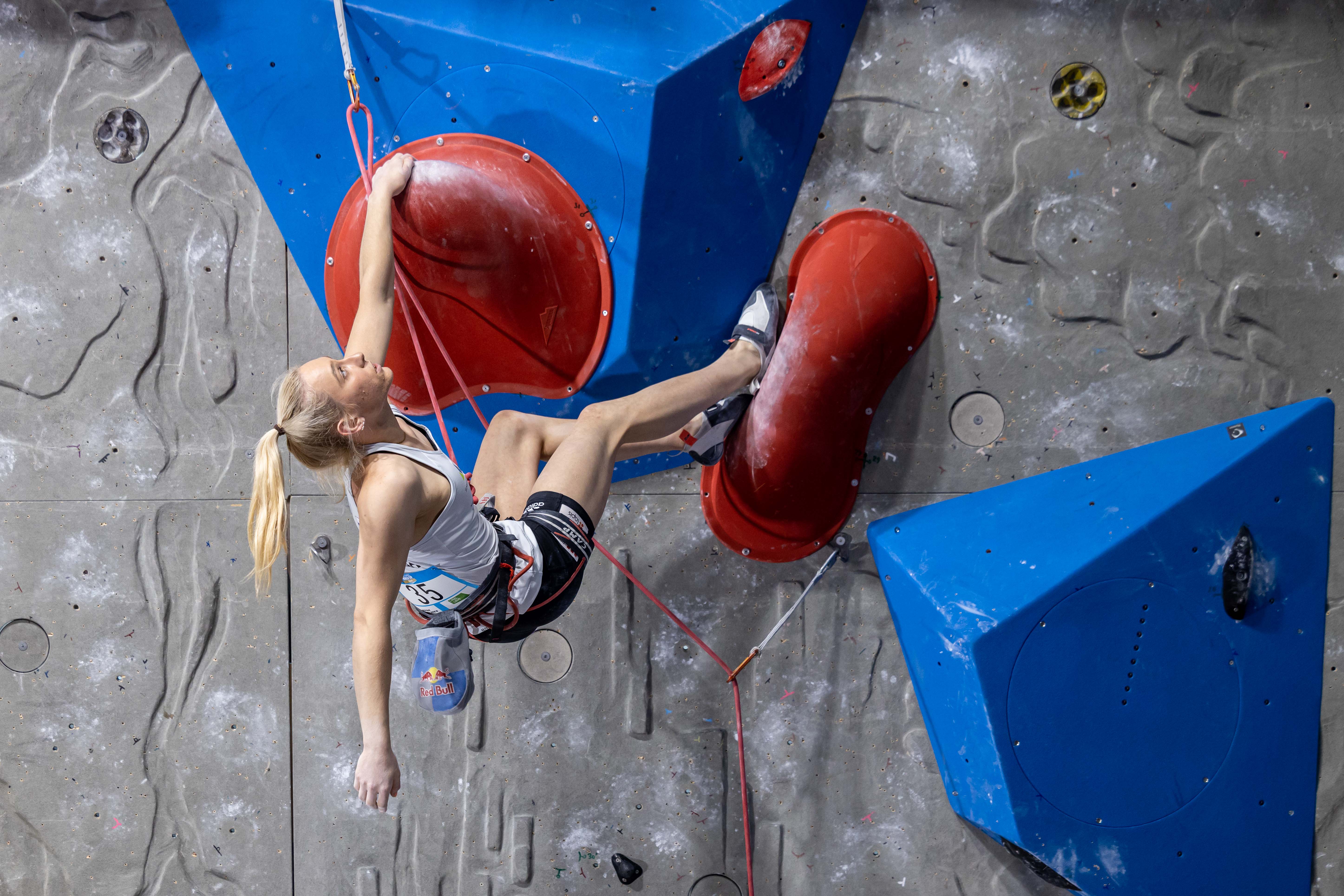