The delayed Olympic Games Tokyo 2020 officially got under way today with an emotional Opening Ceremony at the Olympic Stadium in Tokyo.

Despite a more solemn affair than Ceremonies of the past, it was no less special for the athletes who entered the stadium as part of the Parade of Nations for the XXXII Olympiad, watched by millions across the globe.

For those involved in Sport Climbing, the journey to the Olympic Games has been a long time coming and will be a moment remembered in history. For one sport climbing athlete in particular, the Opening Ceremony will be an occasion not quickly forgotten. Keita Dohi, the gold medallist from the 2018 Youth Olympic Games in Buenos Aires, had the honour of being one of just six Japanese athletes to enter the Olympic Stadium carrying the giant Japanese flag at the start of the Ceremony.

With only a limited number of people allowed into the stadium to witness the Ceremony live, IFSC President Marco Scolaris and General Secretary Debbie Gawrych were privileged to be among the dignitaries gathered at the venue.

“We feel honored to be here,” President Scolaris said. “and share with the athletes, the Japanese people and the Olympic Family fears, hopes and determination. We are proud to be part of this event of resilience. This is a unique moment in history for all of humanity, and the Opening Ceremony reflected the times we are living in: it was touching. Now the stage is for the athletes and we cant’s wait for the debut of Sport Climbing!”

The ceremony featured a mix of traditional elements and innovative technological elements, a trademark of Japanese culture. After speeches from International Olympic Committee (IOC) President Thomas Bach and President of the Tokyo 2020 Organising Committee Seiko Hashimoto, Japanese Emperor Naruhito officially declared the Games open. The climax of the Ceremony was the lighting of the Olympic cauldron by tennis star Naomi Osaka.

The Sport Climbing competition gets under way on 3 August and will feature the Combined event of Boulder, Lead, and Speed. 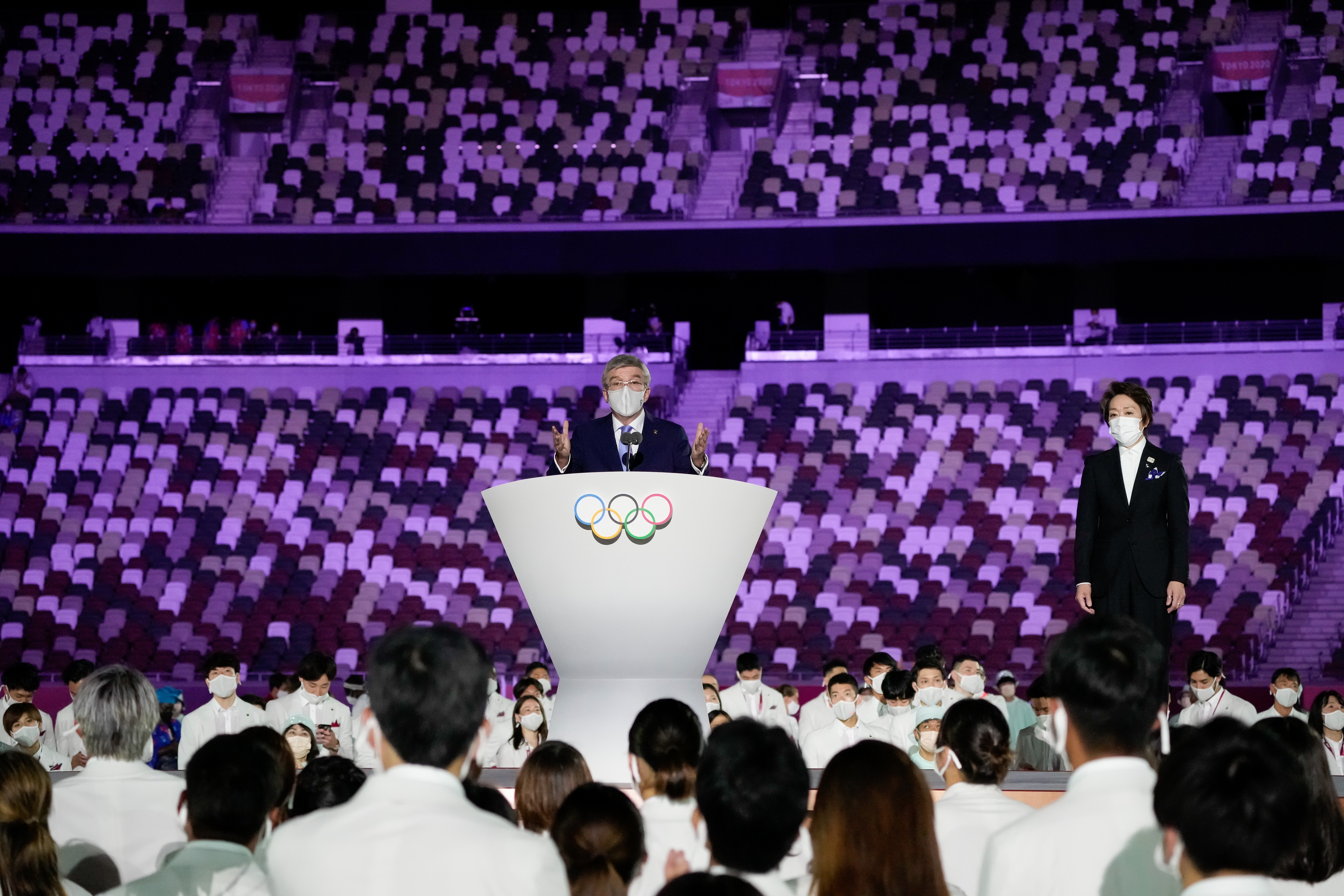