Salt Lake City in Utah, USA, saw 20 men and 20 women compete in the semi-final of the second Boulder World Cup of the 2021 season this morning, with the USA’s Natalia Grossman leading the way in the women’s event in front of her home crowd, and Kokoro Fujii of Japan coming out on top in the men’s.

Displaying sheer skill in the women’s event, Grossman closed the round as the only athlete to achieve a top on all four boulder problems. The 19-year-old American, who won bronze in the first World Cup of the season, flashed three out of four blocs. Her compatriot Brooke Raboutou – a Tokyo 2020 qualified athlete – secured a top on three boulders, thus earning another spot for Team USA in the women’s final on home soil.

Raboutou is set to be joined in the final by fellow Olympians Jessica Pilz, of Austria, and Miho Nonaka, of Japan, who placed fourth and fifth respectively in the semi-final. With less attempts to top than her teammate, Austria’s Johanna Färber qualified for the final in third place.

French rising star Oriane Bertone, who wowed the climbing world by taking a silver medal in her debut IFSC World Cup in Meiringen earlier this year, earned the final position in the women’s final later today.

In the men’s event, Japan’s Kokoro Fujii topped three out of four boulders, therefore qualifying for the final in first place. Fujii was the only athlete to find a top on the third bloc, which saw athletes stay low to traverse across the bottom section of the boulder, keeping their bodies horizontal by securing their feet with ‘heel hooks’.

Olympian Adam Ondra, of the Czech Republic, joined Fujii as the second of only two climbers to top men’s four, thus adding his name to the men’s final roster. Also qualified for the Olympic Games Tokyo 2020, Austria’s Jakob Schubert climbed his way into the final in fourth place.

The Slovenian Team secured two spots in the final, in the form of Gregor Vezonik – who fought hard in the semi-final, releasing a series of power screams – and Anze Peharc, who placed third and fifth respectively. Completing the men’s final line-up is Mejdi Schalck of France: the 17-year-old’s second World Cup final out of the three world cups he has so far competed in.

Full results from the women's semi final can be viewed here, and the men's here.

Through to this evening’s women’s final are:

Competing in the men’s final are:

The final will commence at 5:00 PM (UTC-6:00) with the women’s event, followed immediately after by the men’s. Watch via the IFSC YouTube channel here. 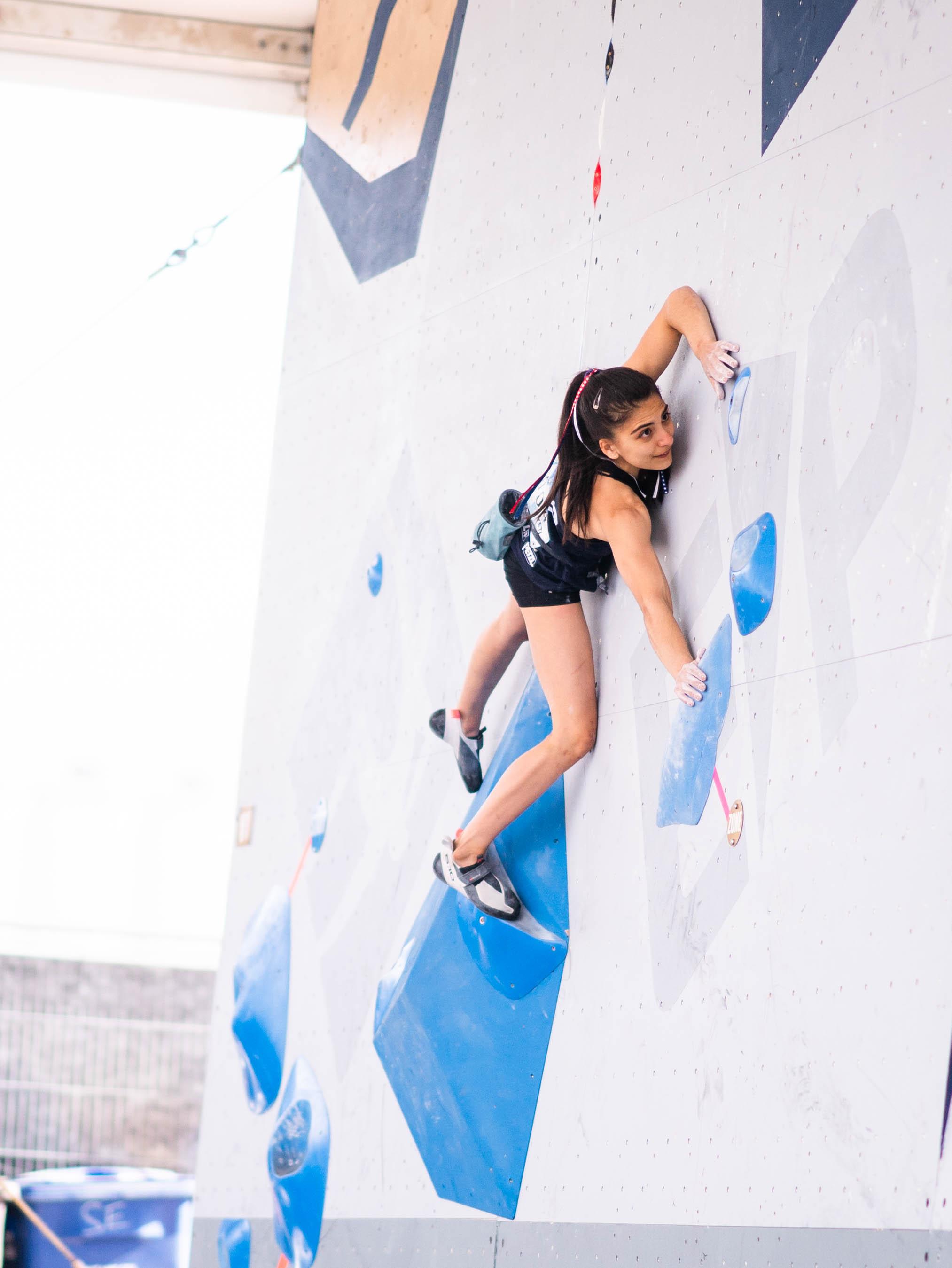