The long-awaited first World Cup of the 2021 season concluded in Meiringen, Switzerland, this evening, with Slovenia’s Janja Garnbret defending her throne in the women’s event, and Adam Ondra of the Czech Republic taking first place in the men’s final.

JOY AS ONDRA TAKES VICTORY IN THE MEN’S EVENT

Ondra (28) claimed his 20th IFSC World Cup gold medal in tonight’s men’s final, with his top of the fourth boulder being the decider between first and second position. Ondra, who is the reigning World Champion in Lead and will compete at the Olympic Games Tokyo 2020, achieved three tops and three zones, rejoicing in a scream of pure elation after completing the final bloc.

“IT WAS AMAZING TO COMPETE AND EVEN THOUGH THERE WERE NO SPECTATORS, THE COMPETITORS THEMSELVES AND THE MC MADE SUCH AMAZING VIBES. I WAS FALLING ON THE LAST BOULDER BUT I KEPT ON PUSHING AND KEPT ON MOVING, AND ALL OF A SUDDEN REACHING THE TOP WAS AN EXPLOSION OF EMOTIONS,” ADAM ONDRA. 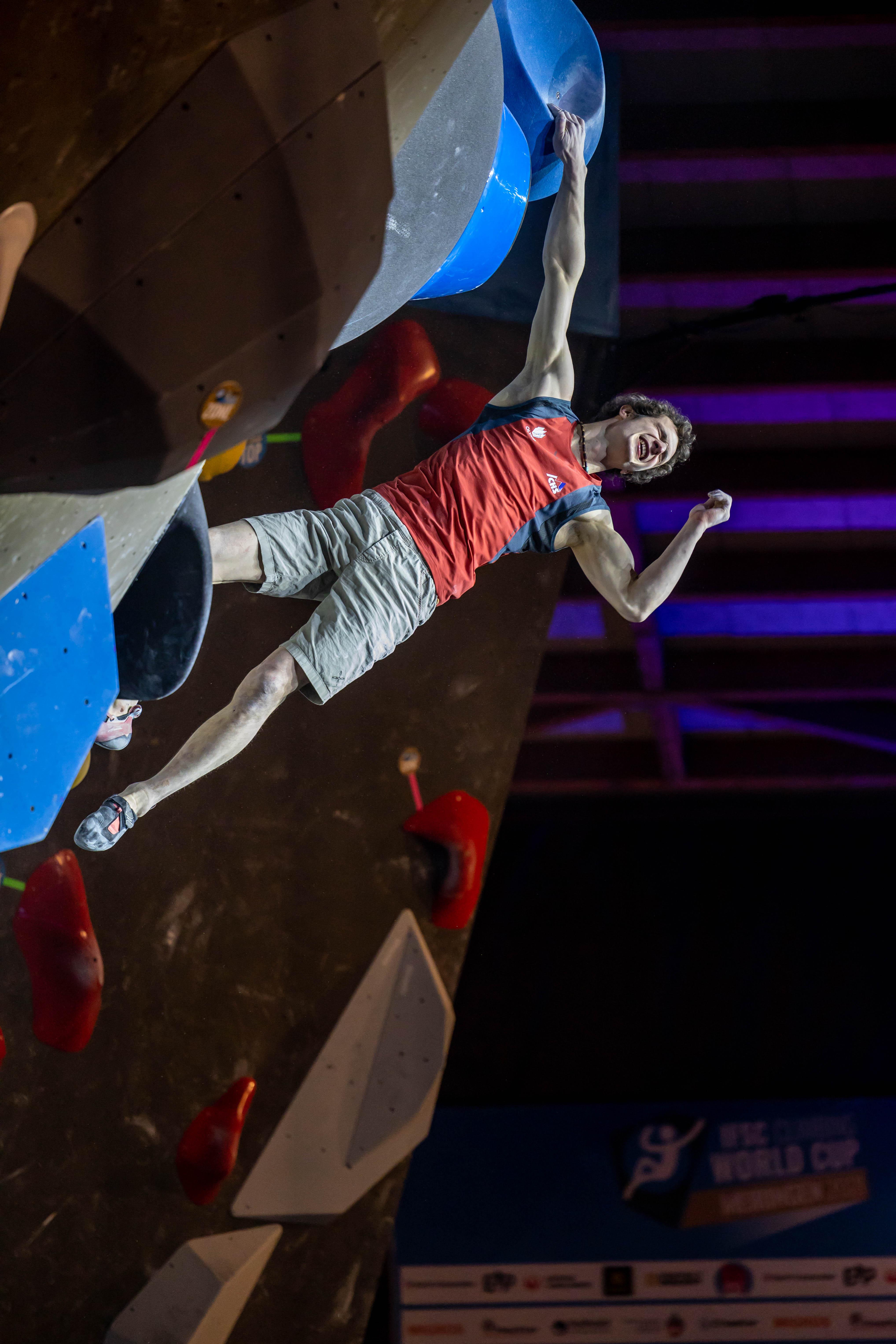 In second place was Yoshiyuki Ogata (23) of Japan, who with two tops and four zones, achieved the fourth World Cup podium of his career so far. His compatriot Tomoaki Takata (26) completed the men’s podium in third position, with one top and four zones – running out of time to complete the final boulder.

Having qualified in first place for the men’s semi-final, Japan’s Kokoro Fujii (28) finished the competition in fourth place, with teammate Sohta Amagasa (20) closing in sixth, in his debut IFSC World Cup. The USA’s Nathaniel Coleman (24) achieved fifth place, after fighting until the end to achieve a top on men’s four – the only athlete to do so besides gold medallist Ondra. Coleman is also a Tokyo 2020 Olympian.

The men’s podium is as follows:

GARNBRET DEFENDS HER CROWN IN THE WOMEN’S EVENT

After sweeping the entire 2019 Boulder season, Garnbret (22) returned with a vengeance in the women’s event to claim her eighth consecutive Boulder World Cup win. The current Boulder, Lead, and Combined World Champion flashed two blocs in this evening’s final, finding a top for the remaining two problems in just two attempts. Bringing the signature ‘Janja flick’ – in which Garnbret arches herself into a scorpion-like position whilst swinging through a dynamic move – back into play, the Tokyo 2020 athlete walked away with her 27th World Cup gold medal.

“I REALLY ENJOYED IT. WE HAVEN’T HAD ANY COMPETITIONS SO FAR [IN 2021] SO IT’S GOOD TO BE BACK. I WAS TRAINING HARD LAST YEAR AND THIS YEAR, SO I’M FEELING CONFIDENT GOING INTO THE SEASON, WITH THE BIGGEST GOAL BEING IN AUGUST. BACK TO TRAINING!" JANJA GARNBRET 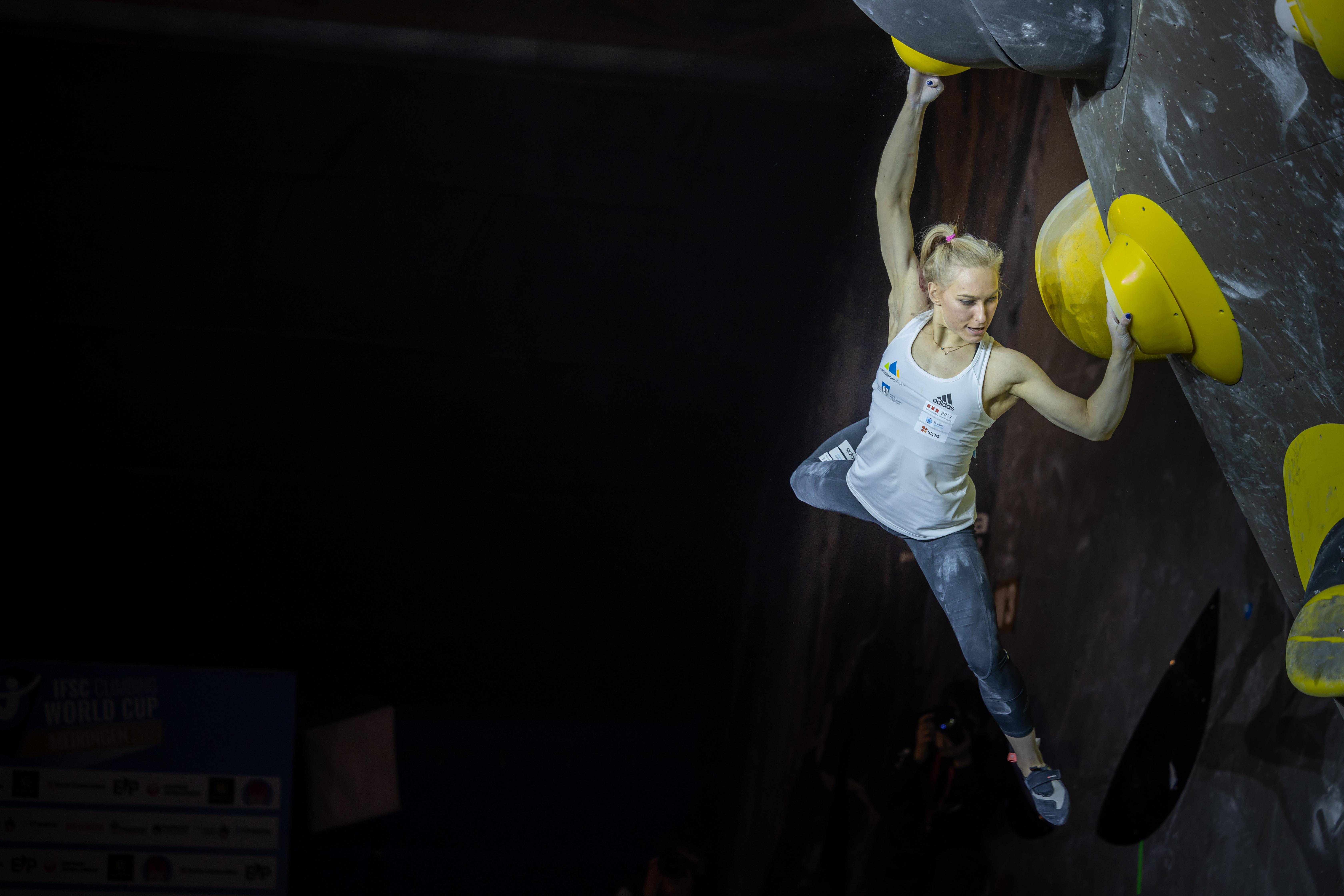 Aged just 16, Oriane Bertone is a new name to watch on the Sport Climbing circuit. In her debut senior World Cup this weekend, Bertone waltzed her way into second place with two tops and four zones, with French teammates screaming support for the rising star. Matching Bertone’s score and thus taking the bronze medal was Natalia Grossman (19) of the USA. Due to using more attempts than Bertone, Grossman finished the World Cup in third position.

Sport Climbing veteran and Tokyo 2020 Olympian Akiyo Noguchi (31), of Japan, failed to achieve a top in the final and therefore missed out on the podium in fourth place. Garnbret’s compatriots Vita Lukan (20) – who won a silver medal at the Youth Olympic Games Buenos Aires 2018 – and Katja Debevec (25) finished in fifth and sixth place respectively.

The women’s podium is as follows:

Watch the men’s and women’s finals on demand via the IFSC official YouTube channel here.