At the end of a tight competition, it was Canada’s Alannah YIP who finally celebrated the ultimate goal: the 26-year-old climber from North Vancouver, ruled the Women finals with the score of 15, preceding Alejandra CONTRERAS of Chile and Lauren BAIR of the United States of America, who respectively placed 2nd and 3rd.

In the Speed discipline, Ecuador’s Andrea ROJAS won all her three rounds and claimed the provisional top spot, preceding Argentina’s Valentina AGUADO and Chile’s Alejandra CONTRERAS. YIP, who took 5th place in Speed, swept the following Bouldering round and moved into 1st place ahead of ROJAS and CONTRERAS.

Entering the final Lead round, the three athletes were separated by single-digit margins: the Ecuadorian climbed first, setting the bar at 49+, a bar that CONTRERAS immediately overtook, as she finished at 52. YIP, who was the last non-US climber to compete, did even better, closing with 53+ and the certainty of having won the Olympic quota place. 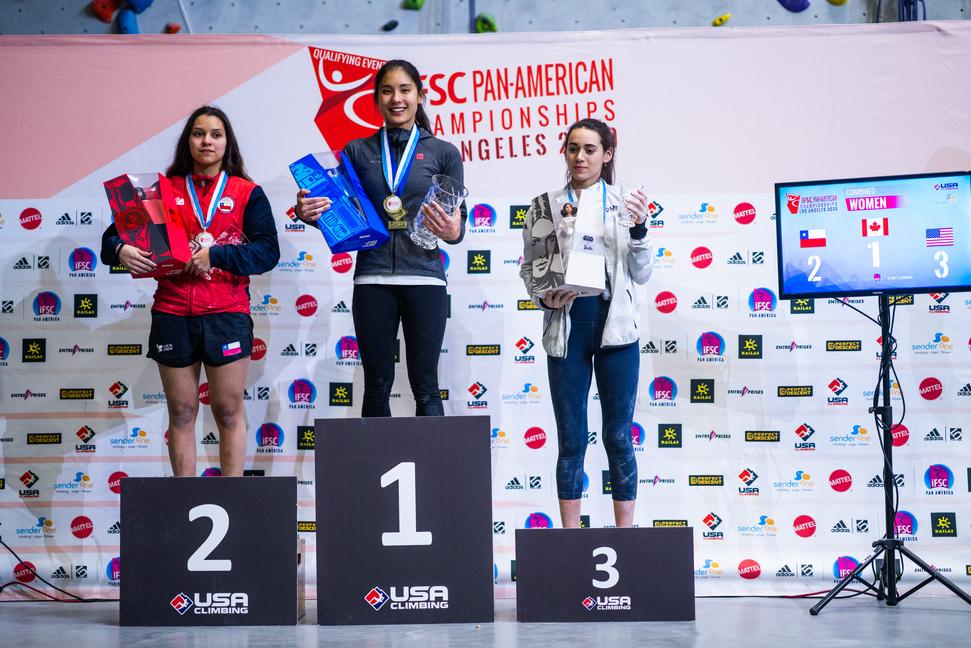 “I’m overwhelmed, so excited, so happy. I worked so hard to be here. For a couple of days it looked not-great, I wasn’t able to pull it together mentally and physically, both in the pre-qualification and qualification round, but I eventually found the fire today. I get to go to Tokyo, and I get to go with an amazing team. I’ve known Sean [McColl] since I was born – we’re family friends – and to be able to go to the Olympics with him means a lot to me.” Alannah YIP

The IFSC Pan American Championships will conclude tomorrow with the Men finals, scheduled at 2:00 pm (GMT-8:00).