Whilst in Hachioji, Tokyo, for the 2019 IFSC Climbing World Championships, IFSC President Marco Maria Scolaris and Head of Olympic Coordination Jérôme Meyer met with the Tokyo Organising Committee of the Olympic and Paralympic Games (TOCOG), to discuss logistics in the final countdown to the Olympic Games Tokyo 2020. IFSC Secretary General Debbie Gawrych, as well as a number of IFSC staff members and consultants, were also present at the meeting.

Final preparations concerning the Olympic Sport Climbing venue, located within the Aomi Urban Sports Park, were presented, with work currently underway to integrate and fine-tune details such as broadcasting cameras, personnel flow and athletes, as well as routesetter lifts inside the venue. The meeting also focused largely on the athlete warm-up zone, which will additionally be used as an initiation area. As Sport Climbing will share its venue with 3x3 Basketball, the Tokyo 2020 team considered the competition schedule and transition period in between the two sports, sharing a new model for the Games which the IFSC expressed their delight in being a part of. 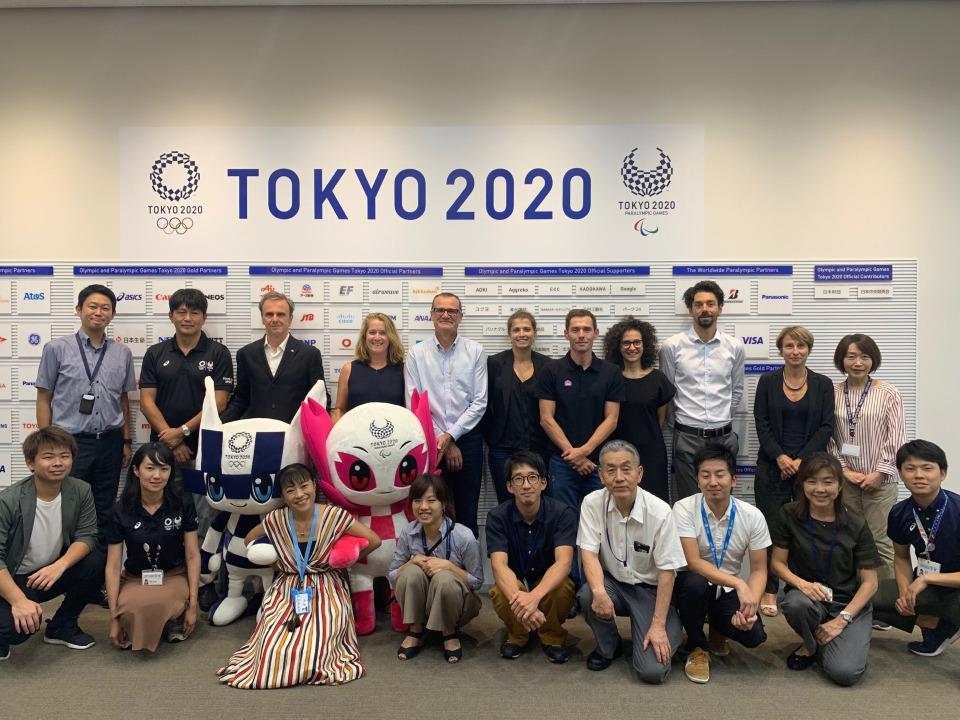 “It’s extremely rewarding to see all of our work and efforts of the last years coming together as the Olympic Sport Climbing venue is finalised. We’re also excited to see the warm-up area project unfold as we enter the final countdown to the Games,” says President Scolaris.

With the Test Event for Sport Climbing set to take place in March 2020, Tokyo 2020 organisers and the IFSC coordinated various elements of the competition, including planning the team who are to be present during the event. Ideas emerged surrounding the Sport Presentation, which moving forward will be integrated with both the Tokyo 2020 and IFSC plans. After continuing talks from their previous meeting, the IFSC and Tokyo 2020 team scheduled their next discussions for October 2019.