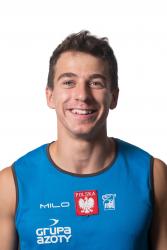 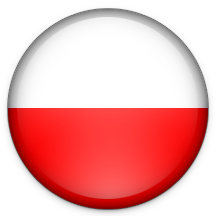 When you started competing in international competitions, did you see yourself being in the top-10?
My first international competitions was In Poland and it was the main reason I competed there. It was some European Youth Series and I took part in speed and even in lead! I don’t really remember how I went, all I remember is that there was a lot of competitors and it was too stressing for me. I thought that this will be my first and last international competition, but after two years I took part in next one and next year I became a Runner-up World Youth Championship. It made me feel like I’m doing the right thing and it motivated me to keep on fighting.
What motivated you to compete rather than just to climb outside?
I like climbing outside, it’s fun, and kind of relaxing. Competing is what I love- the adrenaline, rivalry, victory and loss. You train hard the whole year just to go and make this run, to bite your opponent, bite yourself.
What are some struggles you face as an athlete?
Generally, professional trainings force you to many dedications. You have to sacrifice yourself and not everybody would be able to do that. Typical and the worst trouble in sport are contusions. I have one, so I know what I’m telling about. I wish I could train harder, do more, but I just can’t. It’s awful. Also I am a student and an athlete. Keeping up with studying and constantly training is a big struggle.
What influenced you to start competing?
At the beginning, polish games was for me more like fun, I could meet with my climbing friends from whole country, face them. Over time, it became something more, I started training regularly and doing it more seriously. I began to participate in every polish competitions, next in world area and after my first WYC I knew that this is my life/what I love.
Who most helped you get to where you are right now?
When you are a young athlete your coach affects your future the most. if you met the right person, he will bring you on the right path. That’s how it was with me. My first coach helped me to choose climbing and he had shared his passion with me. Nothing happens without a case
What advice could you give to Young Athletes?
Never give up, be yourself, do what you love and do it with love.

RT @IFSClimbing: We’re watching the #IFSCwc Villars 2016 Speed Finals this Friday! Let’s see how much you know about the athletes. #IFSCtri…

RT @KimandaJ: I never know who is going to be dropping in to train with us @bouldersclimb in #csaan. This week, it is our friend Marcin fro…

RT @darrenrovell: Sport Climbing is one of four sports that was provisionally approved for the 2024 Olympics and I am so ready (📷 by @mdcli…

@darrenrovell Thank you for RT 🙏🙏