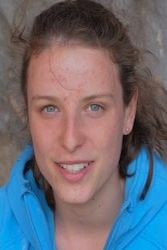 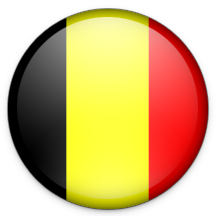 When you started competing in international competitions, did you see yourself being in the top-10?
Roaming around at the 2005 World Championships in Munich as a 9-year-old girl, I was having a lot of fun and I was excited about everything going on. I wanted to collect autographs from the athletes, but I didn’t know how to start. Then I met Jorg Verhoeven (no family ) who kindly introduced me to several top athletes. It was wonderful. And somehow, it seemed logical to me that somewhere in the very far future I would be doing the same as the athletes around me. When I started competing in the international circuit I was still hoping to reach the highest level one day.
What motivated you to compete rather than just to climb outside?
Competitions have always motivated me to train hard, but I love climbing outside too. My first climbing experiences were on rock, but growing up I mainly climbed indoors. I am thankful for the time I get to spend in the beautifully created nature while rock climbing, even though right now that is only a few weeks per year.
What influenced you to start competing?
Being at competitions as a child and seeing others compete. One day I gave it a try and it worked out rather well.
Who most helped you get to where you are right now?
My parents.
What advice could you give to Young Athletes?
Don’t think that you are less than others. Don’t be intimidated by muscles, clothes, or whatever another athlete may have that you don’t. Climb a lot of hard routes and try to never give up. Don’t care about your weight. Just eat in a healthy way and give your body what it needs to live and perform.