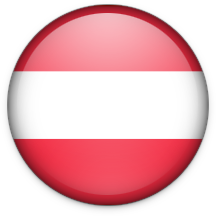 When you started competing in international competitions, did you see yourself being in the top-10?
When I won my first European Youth Championship Cup. I won the European-Youth-Championship for three years in a row and then I realized that some day I could be in the Top-10.
What motivated you to compete rather than just to climb outside?
I really like to compete and succeeding motivates me to do better. Also a big positive part of competitions is spending time with the team while competing all over the world.
What are some struggles you face as an athlete?
My problem is the self-confidence if I am not working as good as I am suppose to. As an athlete you need to learn to live with ups and downs.
What influenced you to start competing?
I compete since I was 5 years old and I can’t stop doing it.
Who most helped you get to where you are right now?
The hard training; but also the help of my family, my boyfriend, friends and some other important people in my life.
What advice could you give to Young Athletes?
Do what’s fun for you and don’t start being too rough with yourself.
​

Hobbies
I like to go shopping, long boarding and swimming.

Back home from Japan! It was a great trainingcamp and I improved a lot in this 10 days in #tokyo 🤗😀 Now it’s time t… https://t.co/XedlSg4QZM

Great first days in Tokyo 😀🇯🇵 did so many nice boulders, I love it here! 🙌🏽😊 📸: @romankrajnik, thanks for filming… https://t.co/l8JW3EiNw7

Had a nice session @flashh_boulderspot 😀 climbing comp-style boulders is really important for me and always fun 🤗💪🏽… https://t.co/nimz9ly49F

Back to training, back to the #Campusboard 💪🏽 It’s definitely not my favourite part of training, but something wher… https://t.co/o7iDTbZcBE