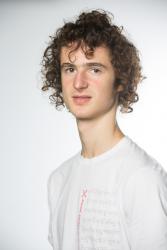 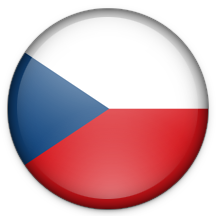 When you started competing in international competitions, did you see yourself being in the top-10?
Yes, I definitely wanted to be among the best, even though I knew that competitions were different than rock climbing. But it went unexpectedly. On my first WC event in bouldering I placed 3rd. The next competition was the World Championships in China, where I placed 2nd.
What motivated you to compete rather than just to climb outside?
Competitions are a beautiful challenge. They motivate me to train harder, to be organised with my training, and it is a mental challenge. All in all, it makes me a better and stronger climber outdoors as well.
What are some struggles you face as an athlete?
I struggle at complicated dynos requiring coordination, especially by doing them in few goes. Then, in lead it is definitely long stamina-oriented routes with no hard moves, but no rests at the same time.
What influenced you to start competing?
By seeing a World cup in my hometown in 2004, while Tomas Mrazek was climbing competing for the silver medal and the crowd was going totally crazy.
Who most helped you get to where you are right now?
The volume of climbing I have done on the rock gave me the basics and the ability to climb efficiently. And then it was just hard work to get stronger.
What advice could you give to Young Athletes?
Do at least some rock climbing. It pushes you a lot as a climber, because you simply know how to climb well. You don't need to be the strongest to win.