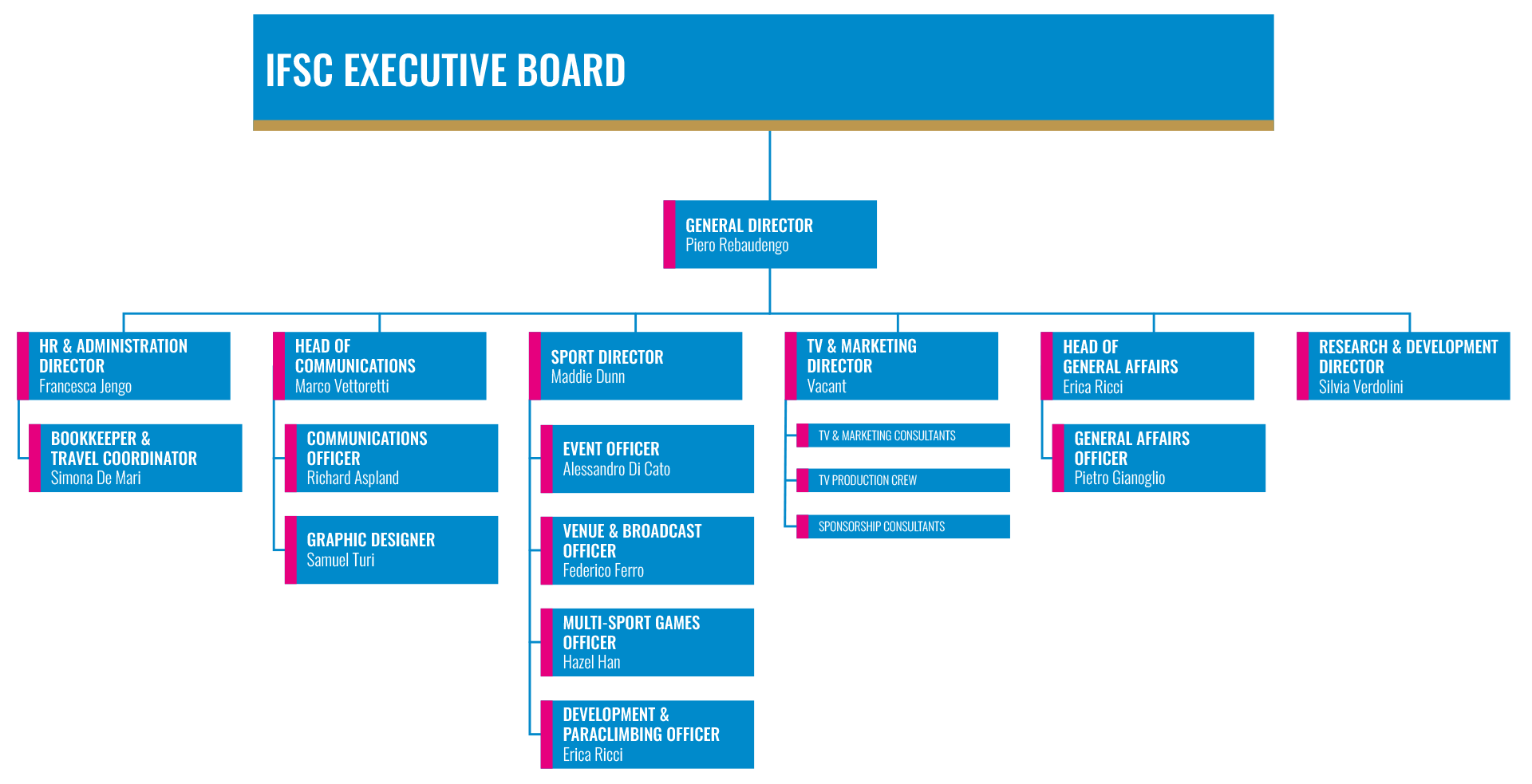 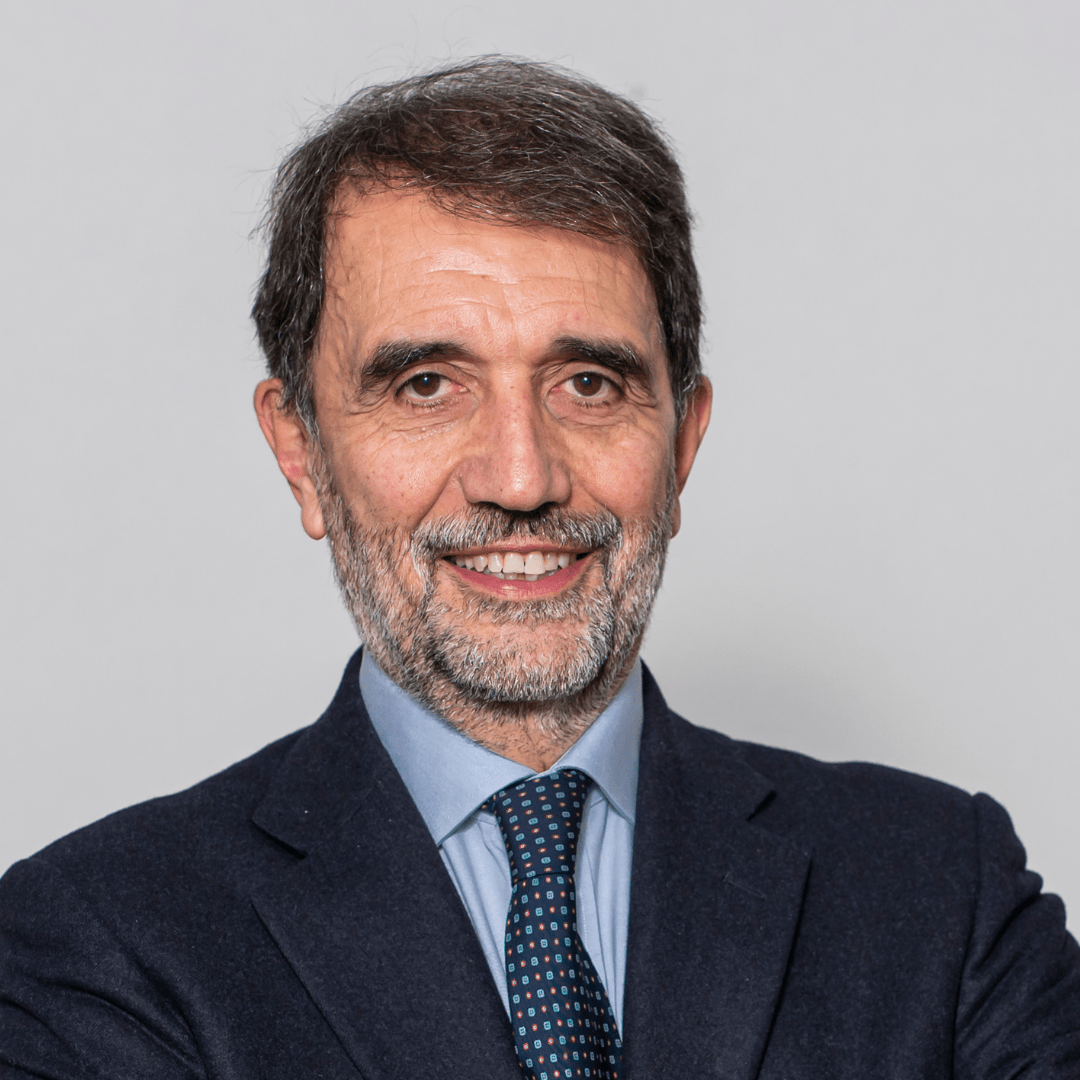 Piero joined the IFSC as General Director in 2019, after having gained professional executive experience at a national and international level in both sport and business. A University of Parma (Italy) Pharmacy graduate, he started his career in the pharmaceutical industry managing a number of tasks. Passionate about sport since his youth, Piero was a professional volleyball player in the 80’s and from 2006-2013, he served the international volleyball family as Sport Events Director of the Fédération Internationale de Volleyball (FIVB) in Lausanne, Switzerland. Piero has led a life filled with unique sporting experiences, participating in four Olympic Games with different roles: competing as an athlete he was a bronze medallist in Los Angeles 1984, working as Paralympic Director in the Torino 2006 Winter Olympic Games, then managing the Volleyball events as FIVB Technical Delegate in Beijing 2008 and London 2012. Skiing, hiking and from now on, also climbing, are his favourite leisure experiences. Originally from Rome, Erica spent six years in the UK where she started working in luxury hospitality business and cultivating her penchant for public relations. With a diverse background in other international non-profit associations, Erica joined the IFSC in 2018, which put together her passion for climbing and her intercultural upbringing. In these years, Erica worked on a diverse portfolio of projects, from the organisation of institutional events to the coordination of the strategic planning process, the implementation of the Paraclimbing Development Plan, and other sport-related programmes within the Olympic Movement framework. With the increased demand around institutional activity, Erica now leads the General Affairs Department, established in 2022, specialised in international relations, strategy, and governance. A multi-sport enthusiast, Turin-native Pietro has lived almost half of his life abroad. His childhood was mostly spent in Turkey, Sweden and China, and he continued to travel throughout university, which saw him study in the Netherlands, Belgium, the UK, France and Switzerland. Pietro holds a Bachelor in European Comparative Law from Maastricht University and a Master’s Degree in Sports Law from the Université de Neuchâtel. Fluent in Italian, English and French, after experiences in a tennis non-profit and in an international sportswear company, he joined the IFSC in 2022 as General Affairs Officer in order to contribute to Sport Climbing’s growth and pursue his passion for sports. After working as a care-giver in Venice for eight years, Marco gained a bachelor’s degree in Communication at the University of Padua and a master’s degree in Sport Business Strategies at Ca’ Foscari University of Venice. From 2015 to 2019 he worked for the International Shooting Sport Federation (ISSF) as a member of the media crew, travelling to a number of international competitions around the world, including the Olympic Games Rio 2016 and the Youth Olympic Games Buenos Aires 2018. Prior to this, Marco has attended basketball, beach soccer, biathlon, cycling and football events. Marco has practiced swimming, handball, basketball and futsal and whenever he can, travels back to Venice to support the local basketball and football teams. 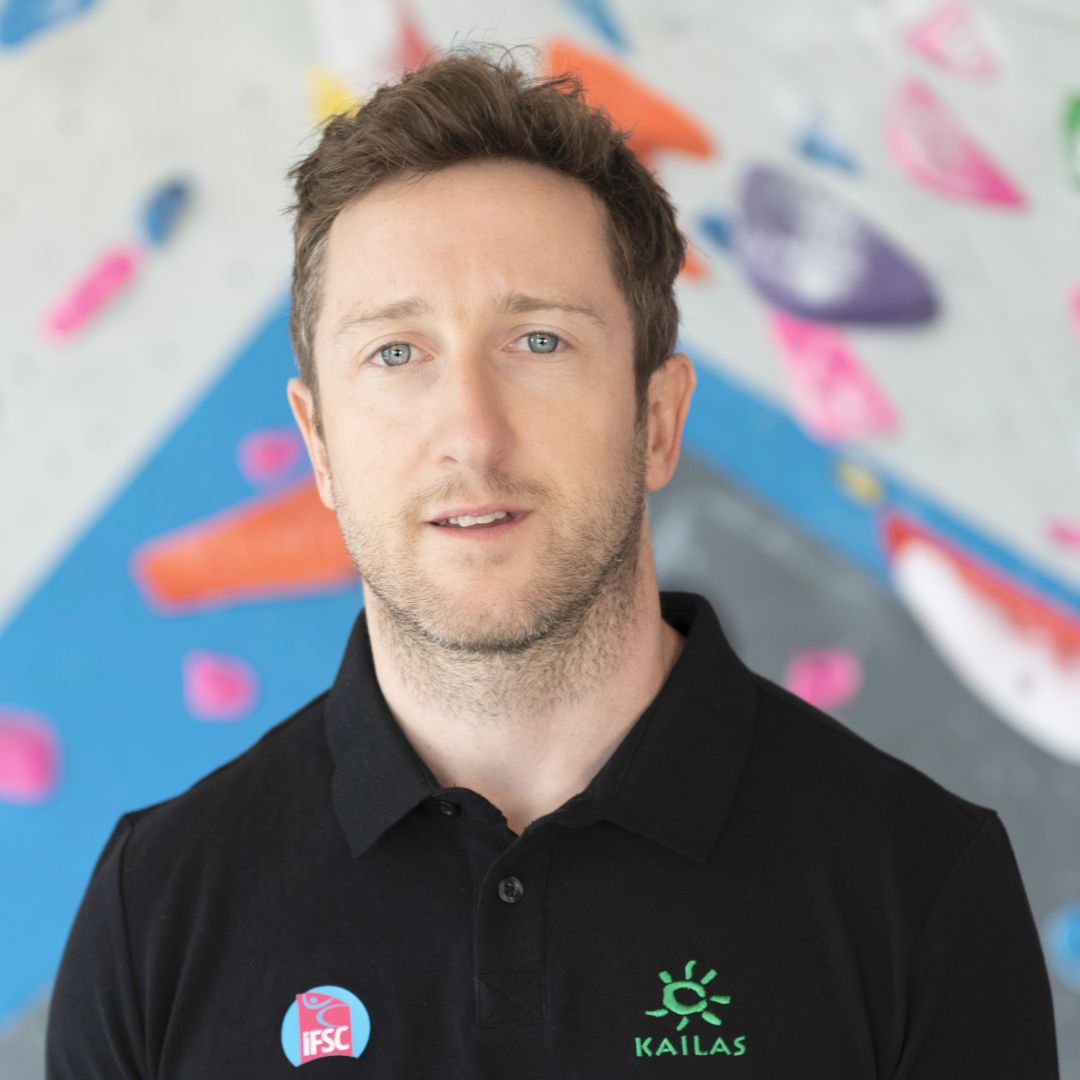 Born in Swansea, Wales, Richard has been working in sports media and communications since completing his degree in Journalism from the University of Chester. Volunteering at the London 2012 Olympic and Paralympic Games gave Richard his first experience working at an International multi-sport event which led to multiple roles within British National Federations and at the international level, where he was Press Officer for World Sailing. Richard has covered a number of sports including gymnastics, water polo, wheelchair rugby, wheelchair basketball, football and snowboarding in Great Britain, Australia and Japan. Richard was also Executive Producer on the Olympic Channel/Discovery documentary "Chasing Tokyo" about the British Sailing Team’s journey to the Olympic Games Tokyo 2020 during the global pandemic. 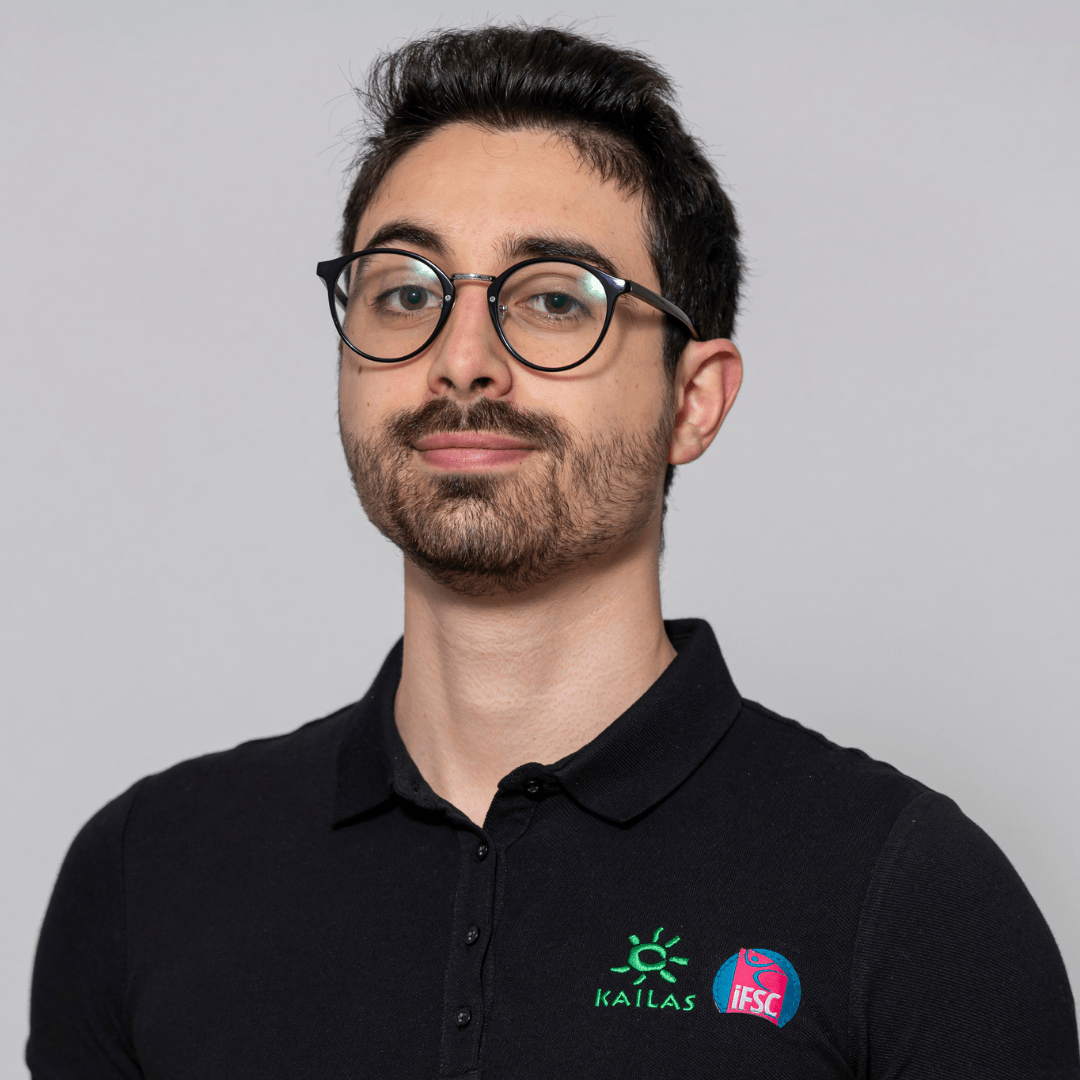 Since he was a child Samuel has had a passion for technology and the world of art. After studying at the Accademia di Belle Arti in his home town of Turin, Italy, he attended the European Institute of Design (IED), from which he graduated in 2020. During his time at the IED, Samuel dedicated time for part-time work as a graphic designer at Sociale Sport, a multi-sport centre in Turin. Alongside education and work Samuel has practiced many sports, including basketball, soccer and swimming. He is always interested in trying new sports. 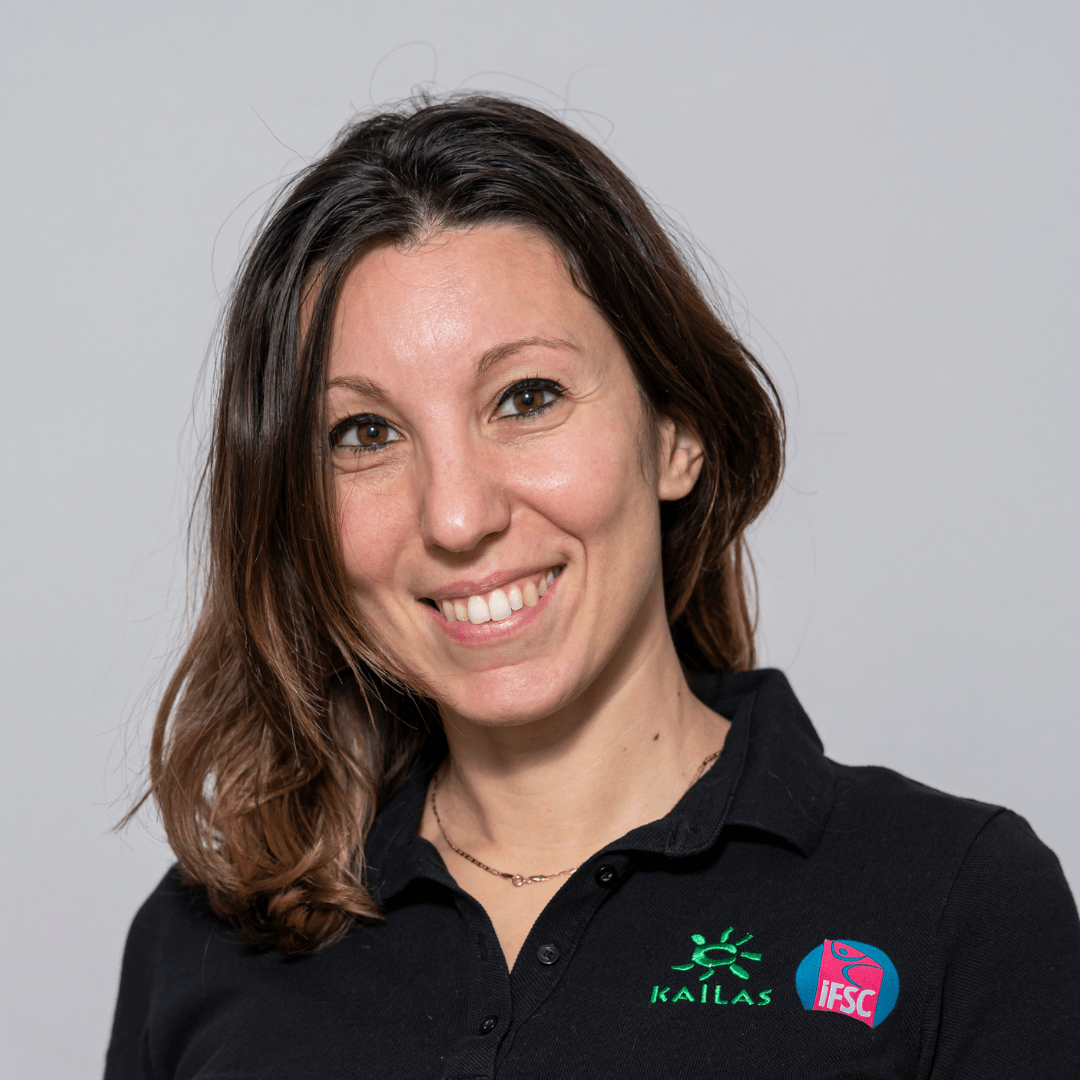 Born and raised in Turin, Italy, Francesca enjoys learning languages and discovering new cultures, hence she studied Foreign languages and International Communication at university. One of Francesca’s favourite things about working for the IFSC is the chance to meet people from across the globe, speaking their native language wherever possible. Now an MBA graduate, Francesca is one of the longest-standing staff members at the IFSC, beginning her IFSC career back in 2010 when the Federation had just three part-time employees. Having contributed heavily towards the growth and development of the IFSC’s structure, Francesca’s role as Administration Director involves managing the IFSC Office,  and keeping a watchful eye over finances. Francesca enjoys organising dinners with friends, exploring new corners of her hometown which she shares with the IFSC Headquarters, trying new sports and spoiling her family and colleagues with homemade cakes. 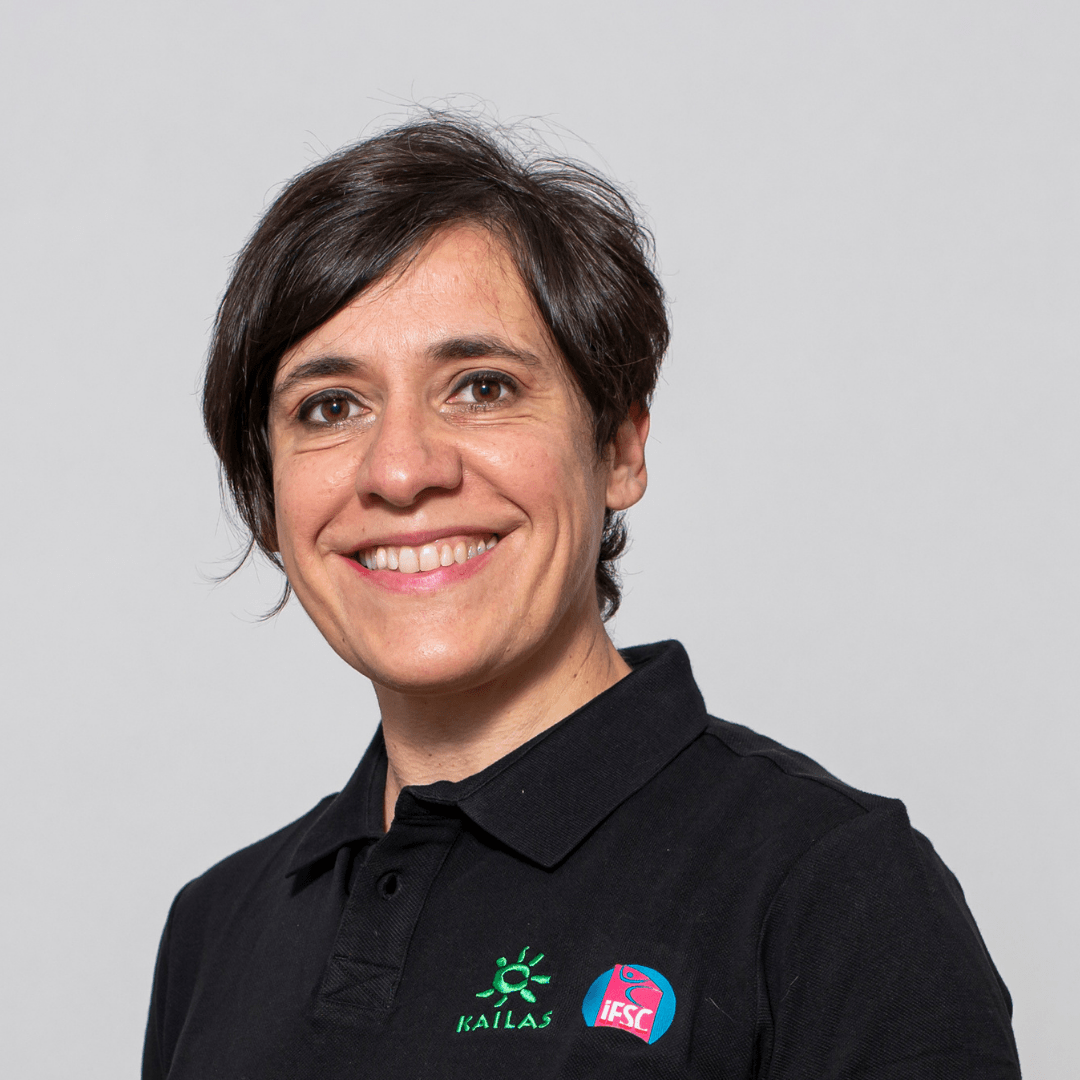 Born in Turin, Italy, Simona loves the mountains, enjoying hiking since the age of 20 and learning to ski aged 45, giving her a lot of satisfaction and leaving her wondering why she did not take up the sport sooner. Working as an administrative employee for a research body in the field of ICT for 17 years, Simona produced cost reports for projects funded by the European Union and the Regione Piemonte. She volunteered for several months in a sports association organising international football events, where she was in charge of registering teams in championships and organising athletes’ accommodation. Simona likes to travel and explore cultures other than her own. She also sings in a vocal pop group, as a choral Gospel singer. 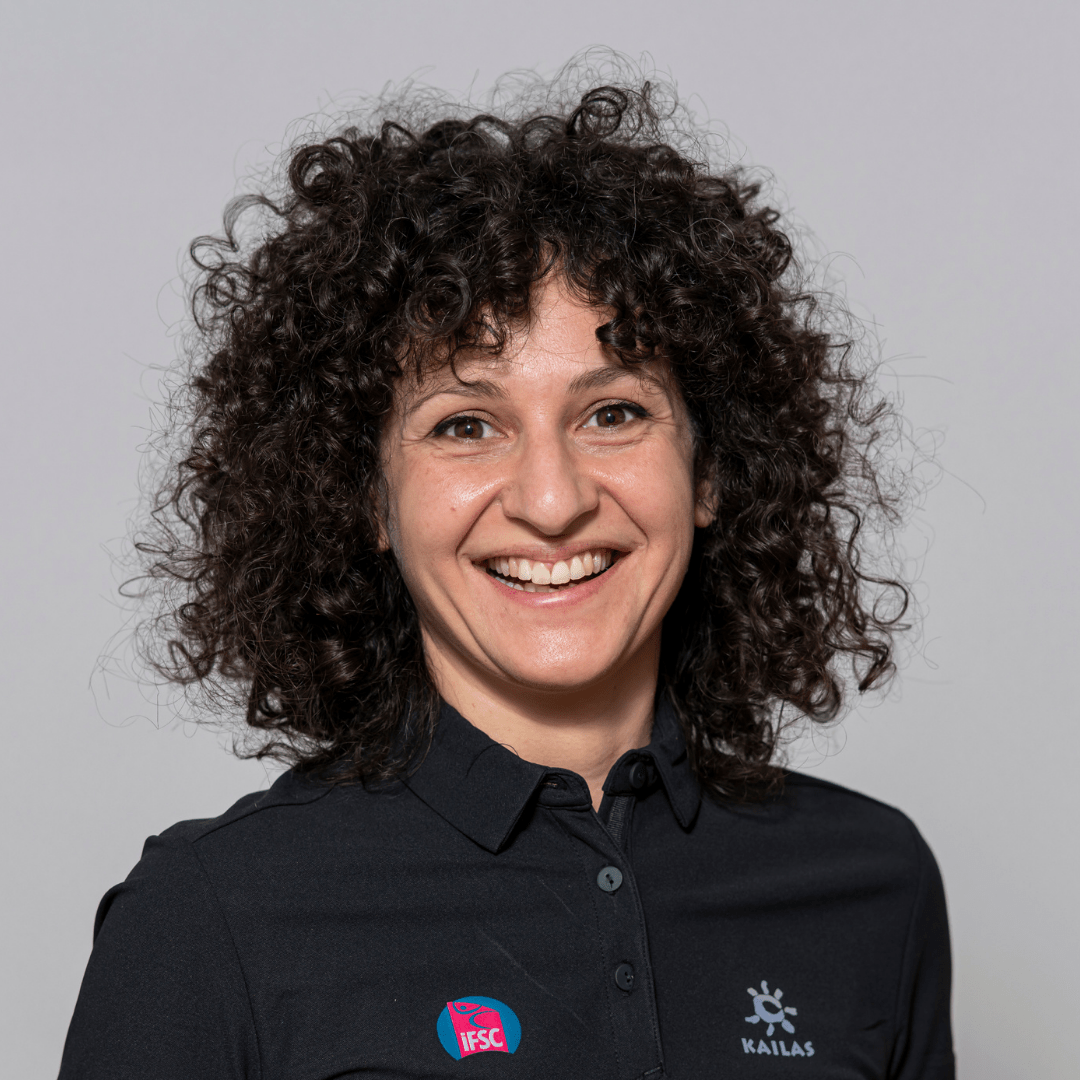 Silvia joined the IFSC in 2017, transforming her passion for climbing into a full-time job. Having been appointed as Sport Director in 2019, Silvia manages all technical commissions and oversees the sport’s development, including improvements to regulations and Officials progression alongside event format and sport equipment. After completing her Bachelor’s degree in Astrophysics in Italy, Silvia spent a year in California for her Master’s then did a PhD in The Netherlands. After a short research period, she left academia and worked as project coordinator for Science Communication in India, South Africa, Malta, and the UK. She managed EU funded projects aimed at public engagement, improving science literacy, and developing the next generation of bright minds. 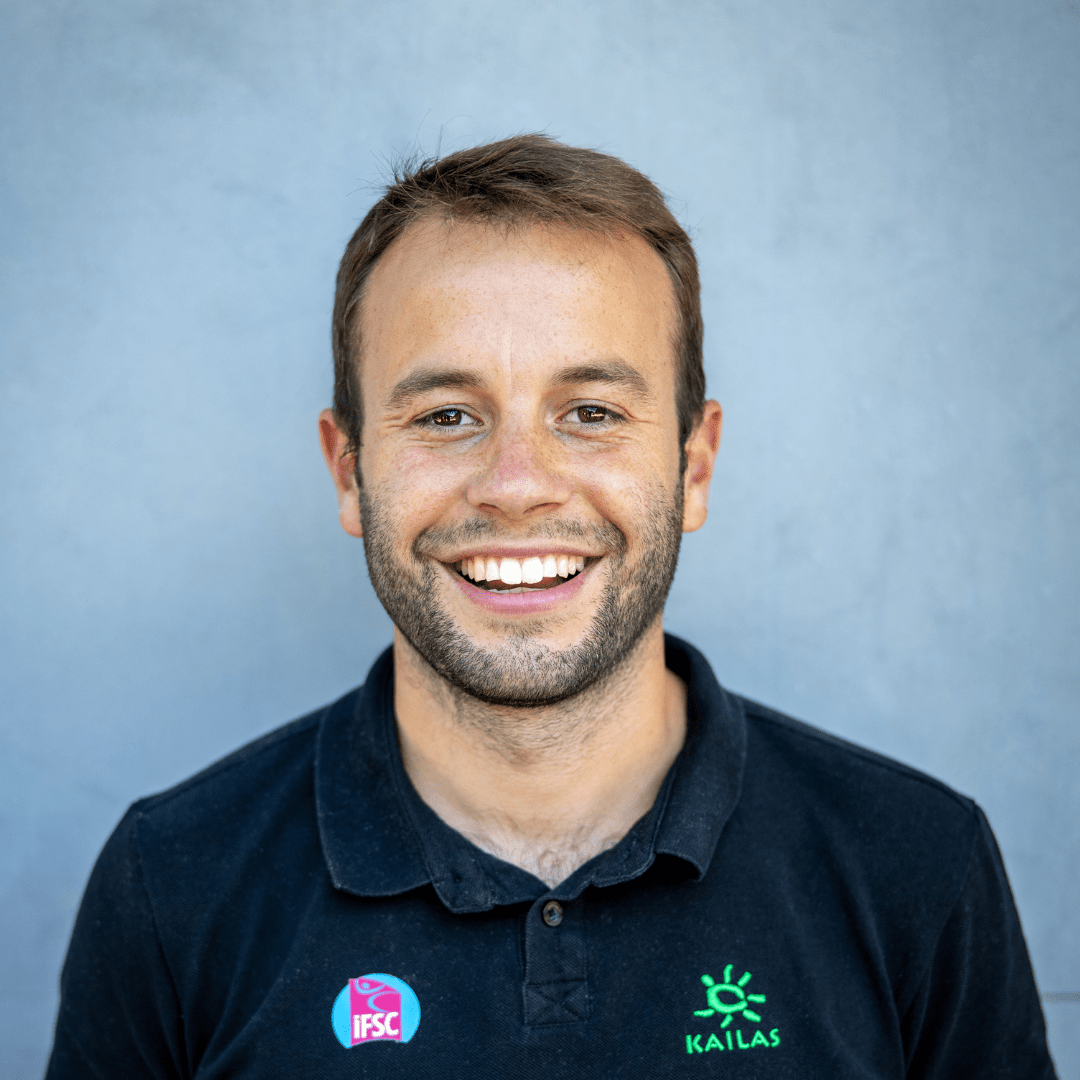 During the completion of his Master’s Degree in Management, Organisation and Business Economics at the Universitat Autònoma de Barcelona, Alessandro gained experience studying and working abroad for three years. Before returning to Italy to join the IFSC, Alessandro completed an internship in Montmélian, France, where he supported various facets of IFSC operations and attended multiple IFSC events. He officially joined the IFSC in 2017, and his passion and commitment for the development of Sport Climbing grows every year. Outside of working life, Alessandro enjoys spending time outdoors practicing sports, particularly football, skiing, and basketball.

After gaining a Master’s degree in Law in Rome, Italy, Federico specialised in event management with a Sport Management Master’s at the Luiss Guido Carli University (Rome). He then joined the Venue Management Team of the Baku 2015 Operational Committee for First European Games. Federico continued to work at the European Boxing Confederation in Lausanne, Switzerland, supervising the general running of the Confederation and in particular, the organisation of tournaments and the European Championships. Working for Balich Worldwide Shows in 2017 as a freelance, Federico contributed to the delivery of several projects including the opening and closing ceremonies of the 5th Asian Indoor and Martial Arts Games in Ashgabat, Turkmenistan. In early 2019 Federico joined the IFSC Sport Department, managing on site competitions, broadcasting and sponsors activations. A native of South Korea, Hazel has studied and lived overseas for more than 13 years. Passionate about the vibrant field of international sporting events, she previously held a position within the Protocol team at the PyeongChang Organising Committee for the Winter Olympic & Paralympic Games. Hazel received a BA degree from Trinity College, USA, and a joint MA degree in Public Policy from the Central European University, Hungary & University of York, UK. Her previous roles include non-profit organisations, a bouldering gym, and voluntary positions for a climbing charity and mountain film festival. Hazel loves spending time in the mountains and climbing outdoors, plus the challenges and inspirations that accompany the great outdoors.

THERE ARE NO AVAILABLE POSITIONS AT THE MOMENT.