Originally scheduled to be held in Paris, France, the XVII General Assembly of the IFSC was held virtually as a result of the COVID-19 pandemic, on 23-25 April 2021.

The first of three sessions of the General Assembly opened with a video message from International Olympic Committee President Thomas Bach.

“With the Olympic Games Tokyo 2020 now finally on the horizon, your General Assembly is taking place at a very timely moment in this extraordinary Olympic year,” said IOC President Bach, addressing the congress. “My thanks go to the IFSC, under the great leadership of my friend Marco Scolaris, for your steadfast commitment to the success of the Games.”

“The IFSC has demonstrated flexibility, creativity, and leadership when it mattered most. You have shown this in an impressive way only a few days ago during the most successful organisation of the IFSC Climbing World Cup [in Meiringen], with over 200 athletes from three continents. It is events like this that contribute to create confidence in the Olympic Games Tokyo 2020, because they are proof that sport can be organised safely even under current restrictions,”  he concluded.

The Assembly ratified the decision of the IFSC Executive Board to include the Croatian Sport Climbing Federation (HSPS) and the Federación Puertorriqueña de Escalada (FEDPR) in the IFSC – respectively representing Croatia and Puerto Rico.

Opening with an overview of the Olympic Games Tokyo 2020 and Paris 2024, sport was at the heart of the second part of the congress’ discussions. A thorough report was offered by the IFSC Sport Department with regards to development, competition formats, as well as an update on the 2021 Climbing and Paraclimbing World Championships, which is set to take place in Moscow, Russia, this September.

Chair of the IFSC Paraclimbing Committee Sebastian Depke provided a recap of the committee’s latest projects, before Sean McColl and Shauna Coxsey of the Athletes’ Commission thanked the IFSC for their close communication over the last months. IFSC Anti-Doping Officer Paolo Orione reported on the IFSC’s work to meet the requirements of the World Anti-Doping Agency, followed by Eugen Burtscher giving insight into developments within the IFSC Medical Commission.

Reports from the IFSC Communications and Marketing & TV departments were also on today’s agenda, with the latter also offering an update into the IFSC’s sustainability initiatives.

President Scolaris concluded with a heartfelt thanks to all IFSC staff, consultants, and commission members, who work tirelessly and devotedly to develop Sport Climbing.

MARCO SCOLARIS AND DEBRA GAWRYCH TO LEAD IFSC UNTIL 2025 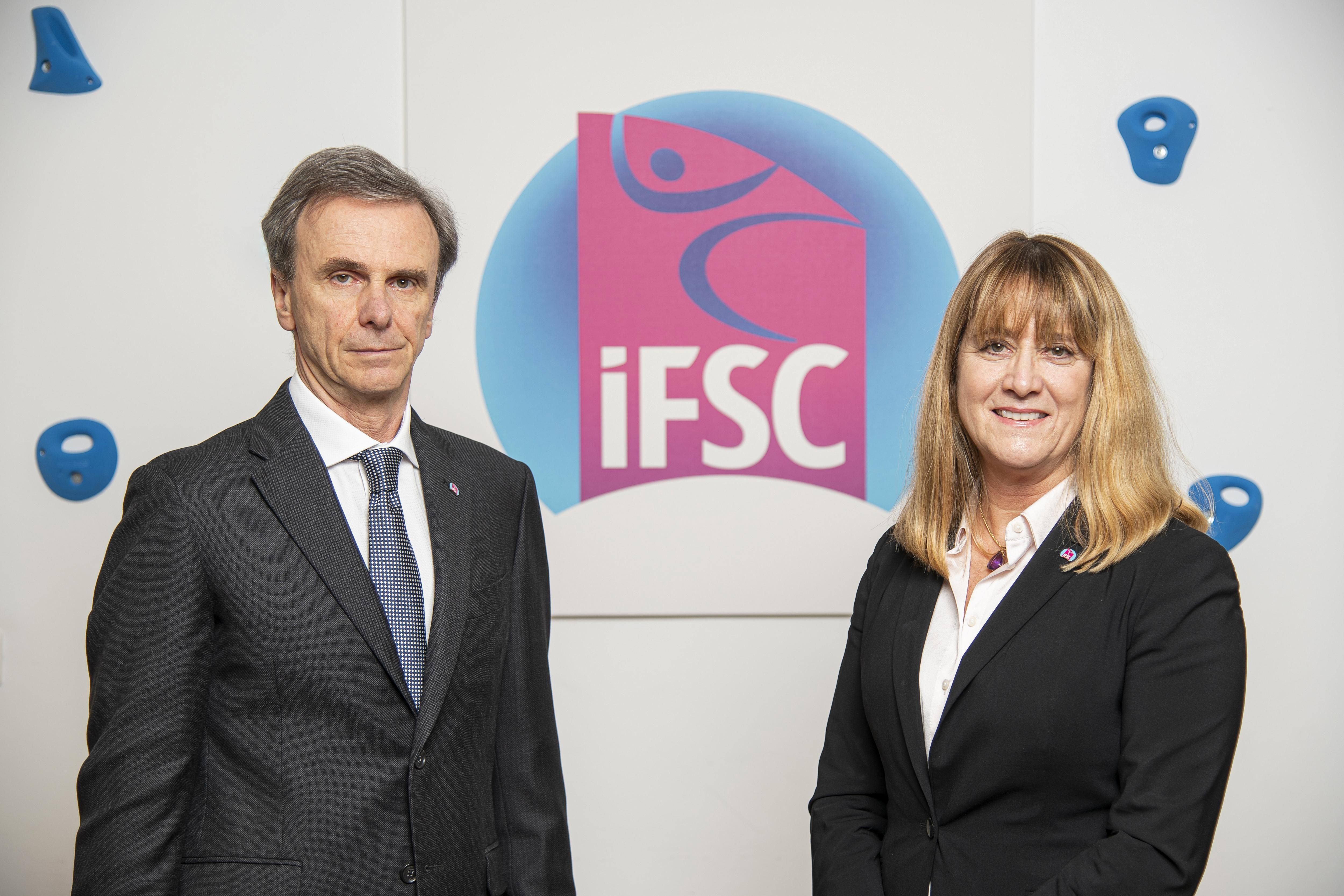 Marco Scolaris and Debra Gawrych will oversee the IFSC from the Olympic Games Tokyo 2020 through to Paris 2024 after they were re-elected President and Secretary General, respectively, at the XVII IFSC General Assembly, attended by 57 Member Federations.

Scolaris founded the IFSC in 2007 and has led the Federation since then. He was re-elected President for another four-year term through to 2025. Scolaris stood unopposed for the position and was elected with 50 votes.

Scolaris was responsible for spearheading his sport’s inclusion onto the Olympic sports programme and the election means the Torino native will be at the helm when Sport Climbing makes its Olympic debut this summer at Tokyo 2020 as well as its sophomore appearance three years later at Paris 2024, both important milestones in the Federation’s relatively short history.

“Many of our accomplishments have been obtained thanks to the support of a great team of Board Members and staff,” Scolaris said. “Now that we have secured our place at two editions of the Olympic Games, it is time to also start working on ensuring that Sport Climbing is included at the Olympic and Paralympic Games Los Angeles 2028 and beyond.”

Supporting Scolaris for another four years will be Debra Gawrych, who was confirmed as Secretary General for a second term with 48 votes. Gawrych has led the development of the IFSC Strategic Plan 2020-2028 and managed the marketing contract with Dentsu, together with a host of other responsibilities.

As the founder and former President of USA Climbing and with vast experience in Sport Climbing at an international level, Gawrych is a highly valued member of the Sport Climbing community.

With her new mandate, Gawrych says she is determined to lead the organisation into an even stronger position in 2025. “My goals are to do everything in my power to give our organisation the solid foundations it deserves,”  she said.

The representative of IFSC Europe will be determined by upcoming elections, to be held in November. Representatives of IFSC Oceania and Pan America will be replaced later in 2021, following their respective elections.

Finally, the General Assembly voted for the 2022 and 2023 General Assemblies, which will take place in Salt Lake City, Utah, USA, and Singapore respectively.

President Scolaris closed the General Assembly by thanking the delegates for their support and called for renewed focus and effort in the lead-up to Sport Climbing’s historic Olympic debut in Tokyo this summer.