As the clouds descended from the mountains onto Chamonix this evening, the semi-finals took place below stormy skies. Switzerland’s Sascha Lehmann came out on top in the men’s event with a score of 47+, whilst in the women’s semi-final, Natalia Grossman of the USA secured first place heading into finals with a top.

Grossman was one of nine female athletes to achieve a top tonight, with France’s Nolwenn Arc missing out on a place in the final by just one place. Her compatriot Julia Chanourdie, who will compete at the Olympic Games Tokyo 2020 this summer, was the only French athlete to bag a place in the women’s final on home soil. The Czech Republic’s Eliska Adamovska also reached the top, unluckily timing out and therefore completing the semi-final in tenth place with a score of 54.

In the men’s semi-final, Lehmann was followed closely by Italian Stefano Ghisolfi in second place, with the USA’s Sean Bailey in fifth. The trio have all secured a medal so far this Lead World Cup season – will they add another podium position to their repertoire this week? 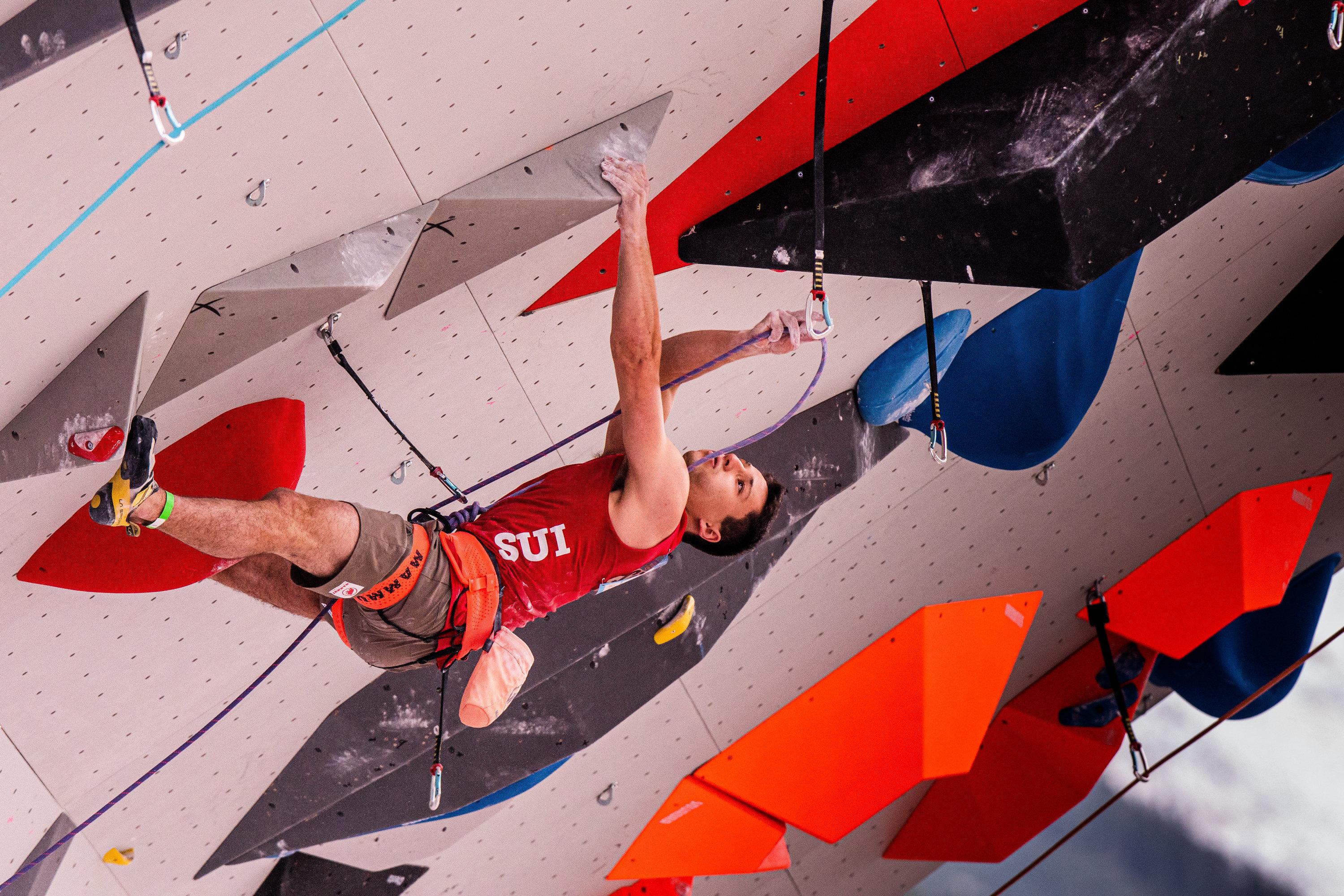 Through to the women’s final are: