Daniel is a 23-year-old photographer from North Carolina, USA. He has been shooting since he was quite young, but got more serious about it around 10 years ago and started studying it in school. He loves shooting outdoors as much as he does indoors, and his favourite thing to capture are the raw emotions that show up in our sport.

He recently moved from North Carolina to Salt Lake City, Utah, where two IFSC world cups are scheduled to take place in May. Indeed, after covering the 2020 IFSC Pan American Championships in Los Angeles, USA, he will continue to be part of the IFSC pool of photographers in 2021, and these are his five favourite climbing photos. 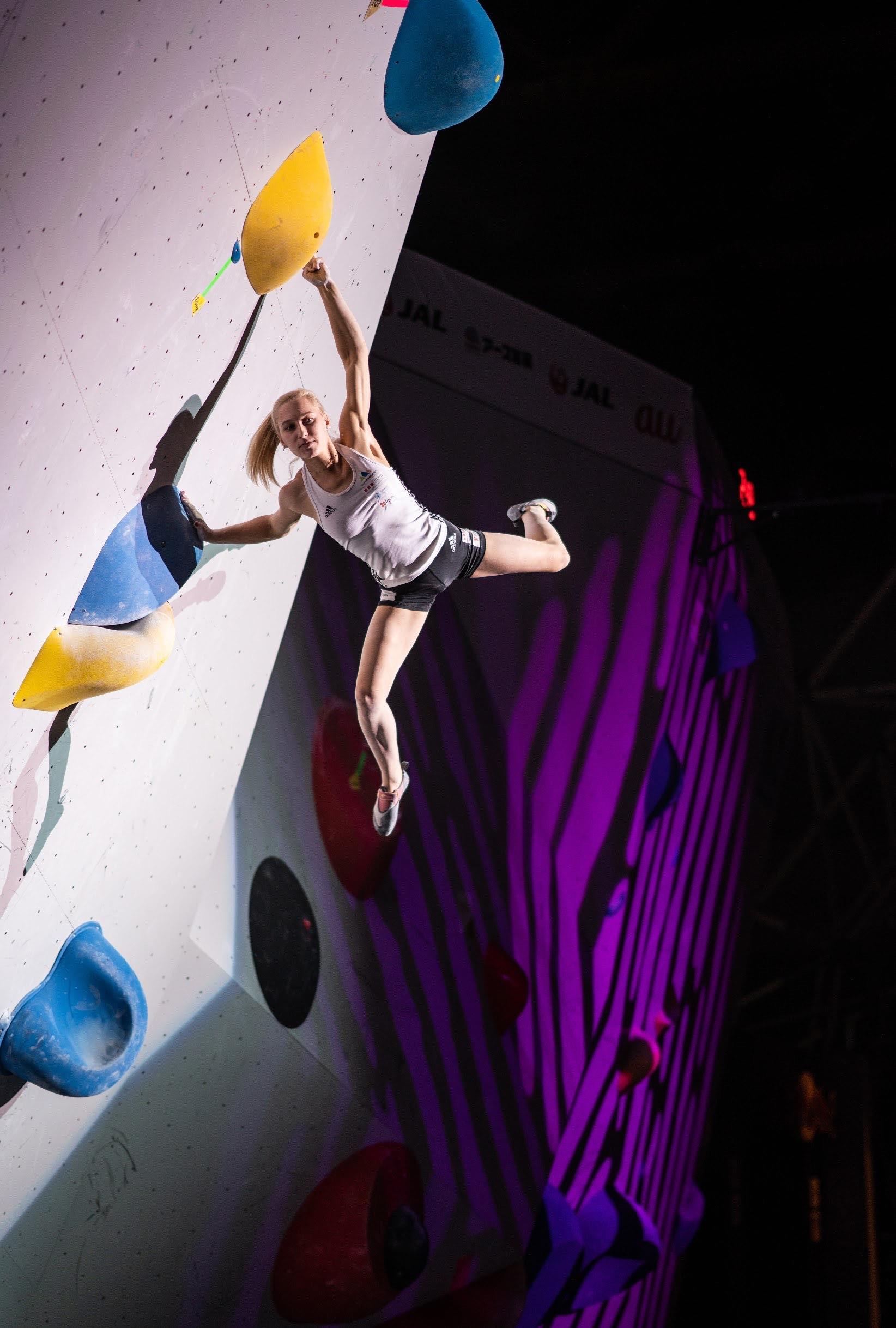 Taken at the 2019 IFSC Climbing World Championships in Hachioji, Japan, I chose this photo because of the eye contact and how relaxed Janja Garnbret looks despite how athletic her move is!

The raw emotion displayed by Japan’s Tamoa Narasaki at the Vail World Cup in 2019 makes me love this one! 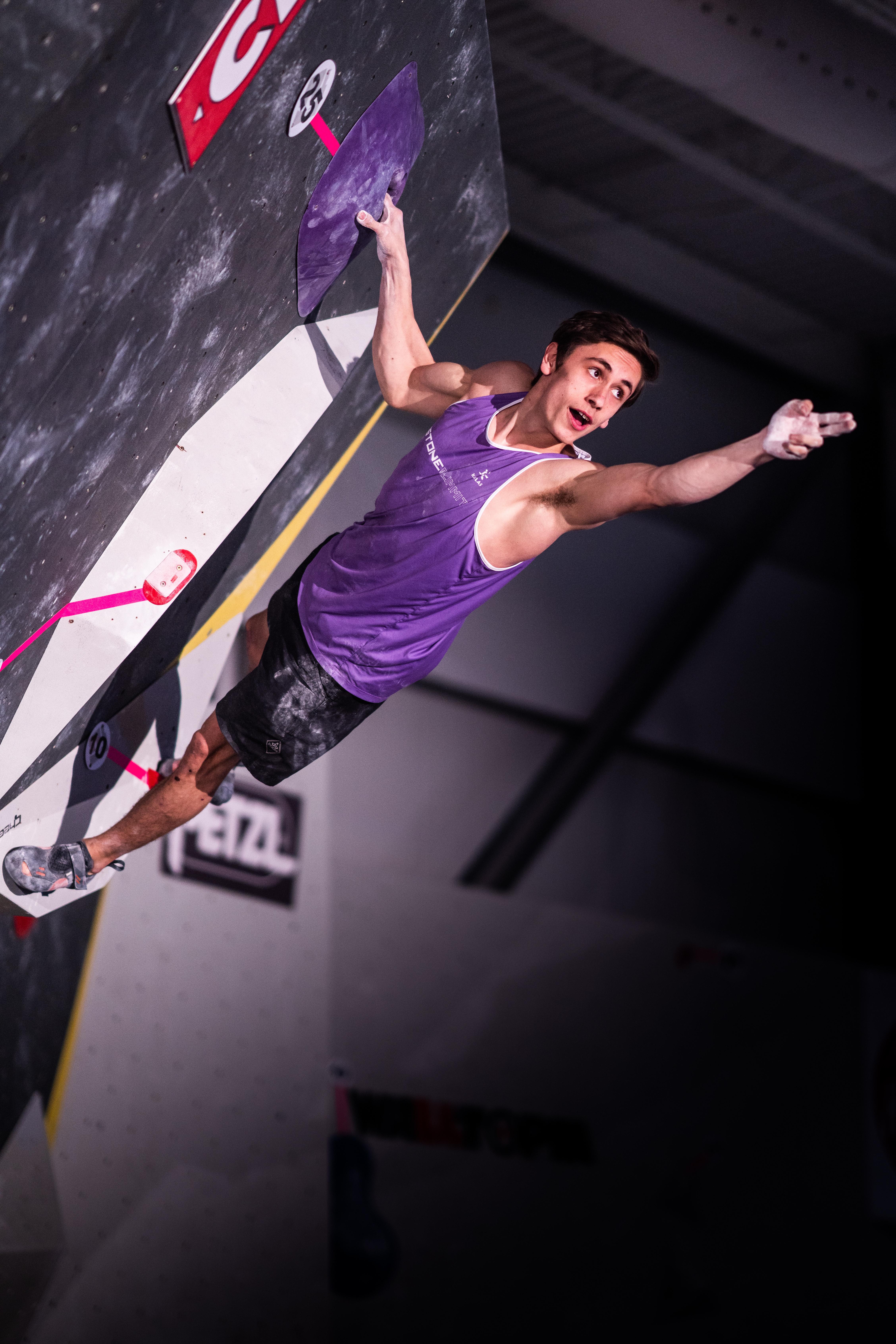 United States’ athlete Zach Galla right after topping a boulder in the final at the Memphis National Cup in 2019.  The pose in this one makes it one of my favourites. You can really see Zach’s personality well.

I took this photo at the 2019 IFSC Combined Qualifier in Toulouse, France, where Nathaniel Coleman bagged a ticket to the Olympic Games Tokyo 2020. Here, he’s awaiting the result of the men’s event. The lighting in this one is so dreamy.

Kyra Condie scorpion-kicking her way through one of the finals boulders, also at the IFSC Combined Qualifier that went down in Toulouse. The athleticism in this photo is just so good!