The 2021 IFSC Paraclimbing World Championships took place in Moscow, Russia, from 15 to 17 September.

Two Paraclimbing classes – men’s B3 and women’s B3 – did not reach the quorum of athletes and countries required to compete in a World Championship. These competitions were therefore held as Masters events.

For the full men’s B3 Paraclimbing results click here.

For the full women’s B3 Paraclimbing results click here. 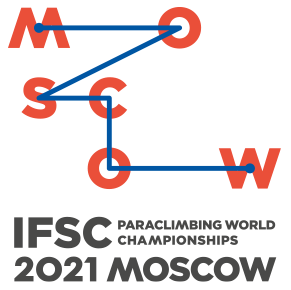 As the only athlete to achieve a top, Japan’s Sho Aita (25) stole the show in the men’s B1 Paraclimbing final. Aita therefore added a fifth gold medal to his collection, winning 100% of the international Paraclimbing competitions he has competed in.

In the women’s B2 event, Great Britain’s 23-year-old Abigail Robinson added the third, consecutive gold medal to her collection, prevailing over Austria’s Edith Scheinecker and Italy’s Nadia Bredice, who respectively placed second and third. The last climber to approach the route, Robinson was the only one able to secure the top hold, with Scheinecker closing with the score of 40+, and Bredice with 35.