The International Federation of Sport Climbing (IFSC) met a delegation of the Bern 2023 Organising Committee in Torino, Italy, on 7 December, to boost the preparation for next year’s IFSC Climbing and Paraclimbing World Championships, taking place in the Swiss capital city from 1 to 12 August.

With just under eight months to go to the opening ceremony on 1 August, productive talks advanced all aspects of the premier Climbing event held every two years.

Bern 2023 is the first opportunity for athletes to book their place at the Olympic Games Paris 2024, so the stakes are high with both Olympic qualification and world titles on offer.

“Bern 2023 has always been an exciting prospect for so many reasons,” said President Scolaris. “A World Championship is always special. Then you add in the first step on the road to Paris 2024. And for me, it feels like the IFSC is coming home, as our legal seat is in Bern.

“Welcoming the Bern 2023 team to Torino, and seeing the spirit of cooperation between them and the IFSC staff, as we reach the final approach, fills me with confidence that we will create an unforgettable event for athletes, spectators, and fans.” 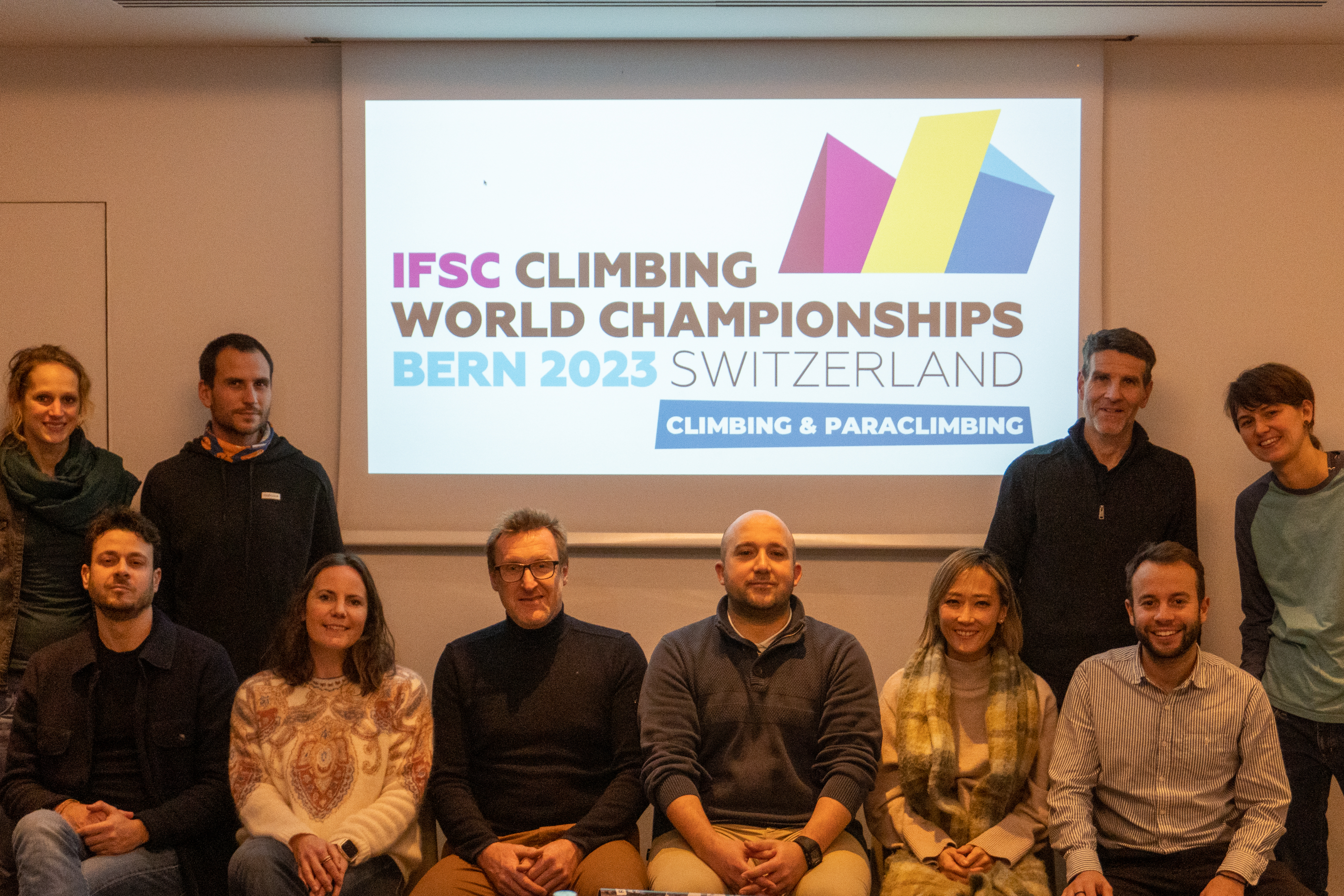