FINAL WORLD CUP EVENT OF THE 2022 SEASON KICKS OFF IN MORIOKA, IWATE

The International Federation of Sport Climbing (IFSC) World Cup Series 2022 will come to a close this week as athletes compete for Boulder & Lead honours in Morioka, Iwate, Japan.

In the third outing of the Olympic Games Paris 2024 format, 67 climbers from across the globe will fight it out for a chance to stand on the podium and take one of the final medals of the World Cup Series 2022.

With the format first seen at the European Championships Munich 2022, and more recently at the Asian Championships in Seoul, South Korea, the climbers will accumulate points from both the Boulder and Lead disciplines to generate an overall score. Full details of the scoring can be found here.

Fresh off the Boulder & Lead gold medal at the Asian Championships, Narasaki Tomoa of Japan will look to capitalise on a rich vein of form from the event in Seoul last week to push for a podium place.

Joining Tomoa will be compatriot Ogata Yoshiyuki who claimed the Boulder World Cup 2022 title earlier in the year and Slovenia’s Luka Potocar who claimed the Lead series triumph.

Taking the women’s Boulder & Lead title at the Asian Championships in her home country was South Korea’s Seo Chaehyun. Seo will be among the favourites with strong performances in both disciplines throughout the year.

Another main contender will be USA’s Natalia Grossman. The American boasts the Boulder World Cup 2022 title and bronze from the Lead competition.

Mori Ai has been in scintillating form at Lead World Cup events she has competed in this year, taking two golds from two participations. The Japanese climber is yet to take to the World Cup Boulders for 2022 though so all eyes will be on how the young gun fairs as she attacks both disciplines. 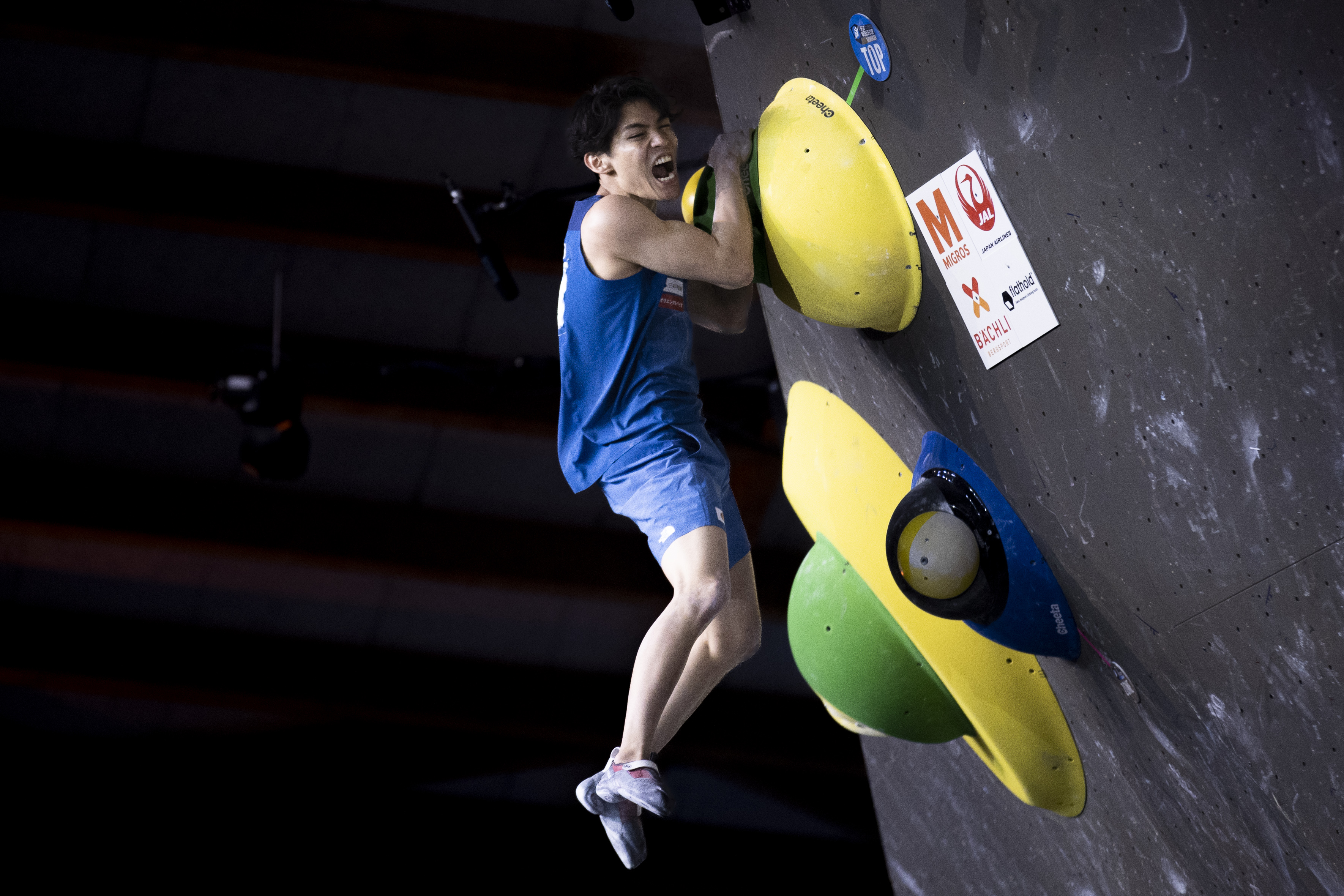 Narasaki Tomoa is one of the strongest candidates for gold in Morioka, Iwate
Photo: Jan Virt/IFSC