The International Federation of Sport Climbing (IFSC) World Cup Jakarta 2022 came to an end tonight, with the Japanese and Slovenian national anthems playing aloud at the gates of downtown.

In a men’s final partially conditioned by weather conditions, Yurikusa Ao of Japan finally claimed the first World Cup gold medal of his career – adding it to the silver he won at this year’s World Cup in Innsbruck, Austria. The 20-year-old from Saitama slipped halfway through the route and finished with 29.

“I am very very happy,” said Yurikusa right after the men’s final. “I can’t believe it, I just want to say thank you to my family!

“I liked the route, but humidity and rain made it a bit wet, but I still gave my best and it was enough to win gold. It’s cool to see the final part of the routes being shared, I felt like to lower and middle sections of our route were the most difficult, so I invested most of my energies there.”

Also representing Japan, and taking silver with 28, 30-year-old Higuchi Masahiro followed his younger teammate, placing ahead of Germany’s Sebastian Halenke – who also finished with 28, but placed third and won bronze because of a lower ranking in the semi-final round.

Two more Japanese climbers finished just outside of the podium: Nishida Hidemasa placed fourth with 27+, the same score as Yoshida Satone, fifth. First-time finalist Lee Dohyun of South Korea concluded in sixth place, also with 27+, sealing the Series with his best result ever.

Luka Potocar of Slovenia placed seventh with 25+, and first-time World Cup participant Raviandi Ramadhan signed off from his international debut with a fantastic eighth position, scoring 22+ and winning the warmest applause from the crowd.

By finishing seventh, Potocar was also able to secure the men’s Lead World Cup 2022, overtaking Homma Taisei of Japan – 12th in Jakarta. Potocar concluded the Series with 3,860 points, followed by Homma with 3,835. Jesse Grupper of the USA finished in third place with 3,812. 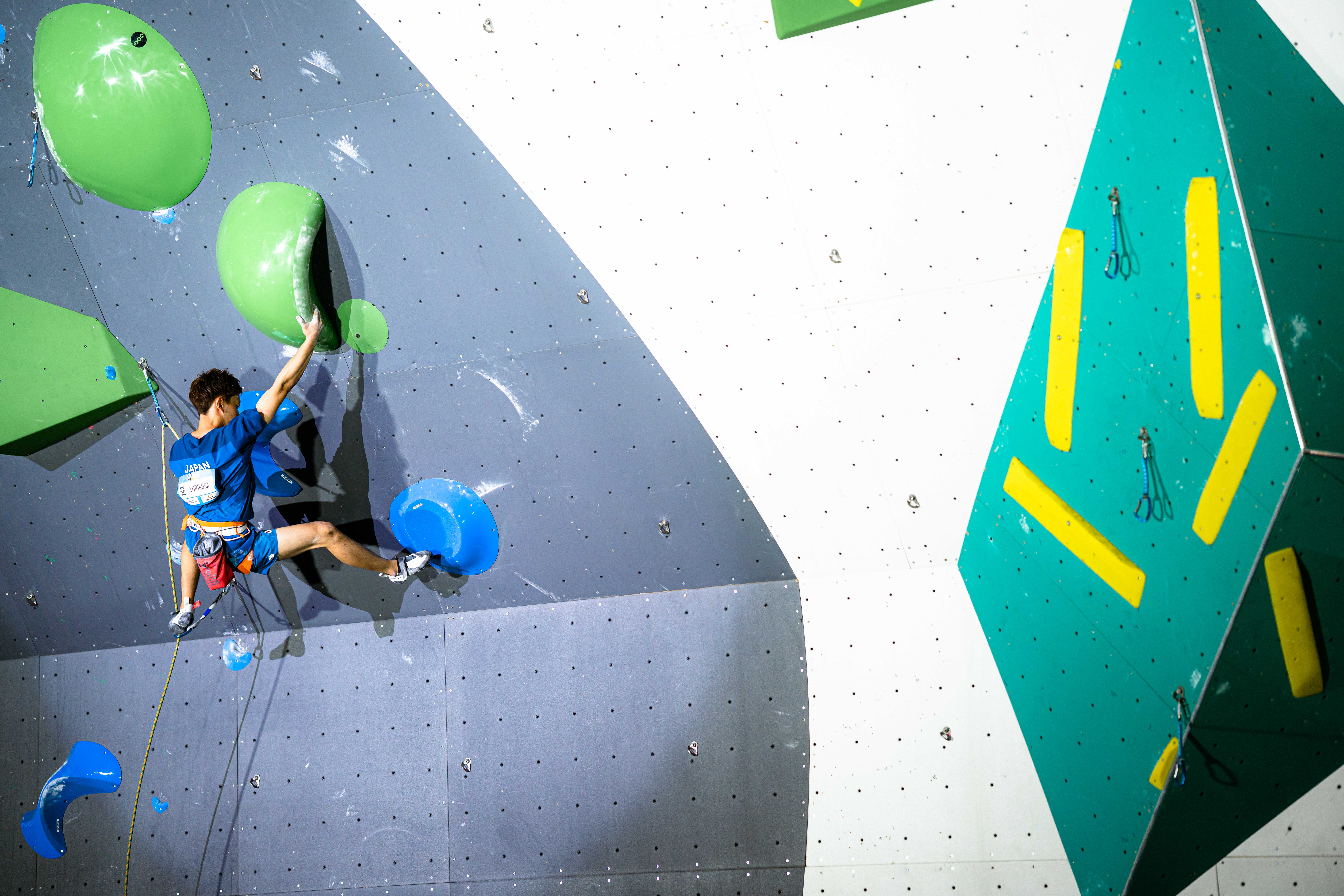 Tokyo 2020 Olympic champion Janja Garnbret of Slovenia climbed back at the top of the Lead World Cup podium in the final event of the season, winning her fifth gold medal out of seven events in the Lead discipline.

Garnbret was the only athlete able to secure the top hold – which, along with the final part of the route, was shared by male and female athletes. Germany’s Hannah Meul and South Korea’s Seo Chaehyun both had a shot at besting Garnbret, having entered the final round with a higher seed, but none managed to reach the high point. Seo won silver, concluding with 40, while Meul missed out on the podium and finished fourth with 34+.

“It feels amazing to be back on the highest step of the podium, the route didn’t feel too hard, and I feel sorry for Seo, who climbed amazingly the entire weekend,” declared Garnbret, who pocketed the 23rd Lead World Cup gold medal of her career. “I really liked the idea of sharing the final part of the route with the men, I believe this is the very first time it happens in a World Cup.”

The bronze medal went to another Slovenian Olympian – Mia Krampl – who concluded the round with 35+, and closed with her best World Cup result of the season.

Laura Rogora of Italy finished fifth with 34+, the same score as Vita Lukan of Slovenia, who ranked sixth. Japan’s Nakagawa Ryu and Tanii Natsuki respectively placed seventh with 29+, and eighth with 19+.

The women’s Lead World Cup 2022 ranking had been partially decided at the end of the World Cup in Edinburgh, Scotland, Great Britain: Janja Garnbret finished in first place with 5,805 points – becoming the first athlete in the history of Climbing to win six Series title, one in Boulder and five in Lead.

Seo followed in second position with 4,405 points, while Natalia Grossman of the USA placed third with 3,370, despite not competing in Jakarta. 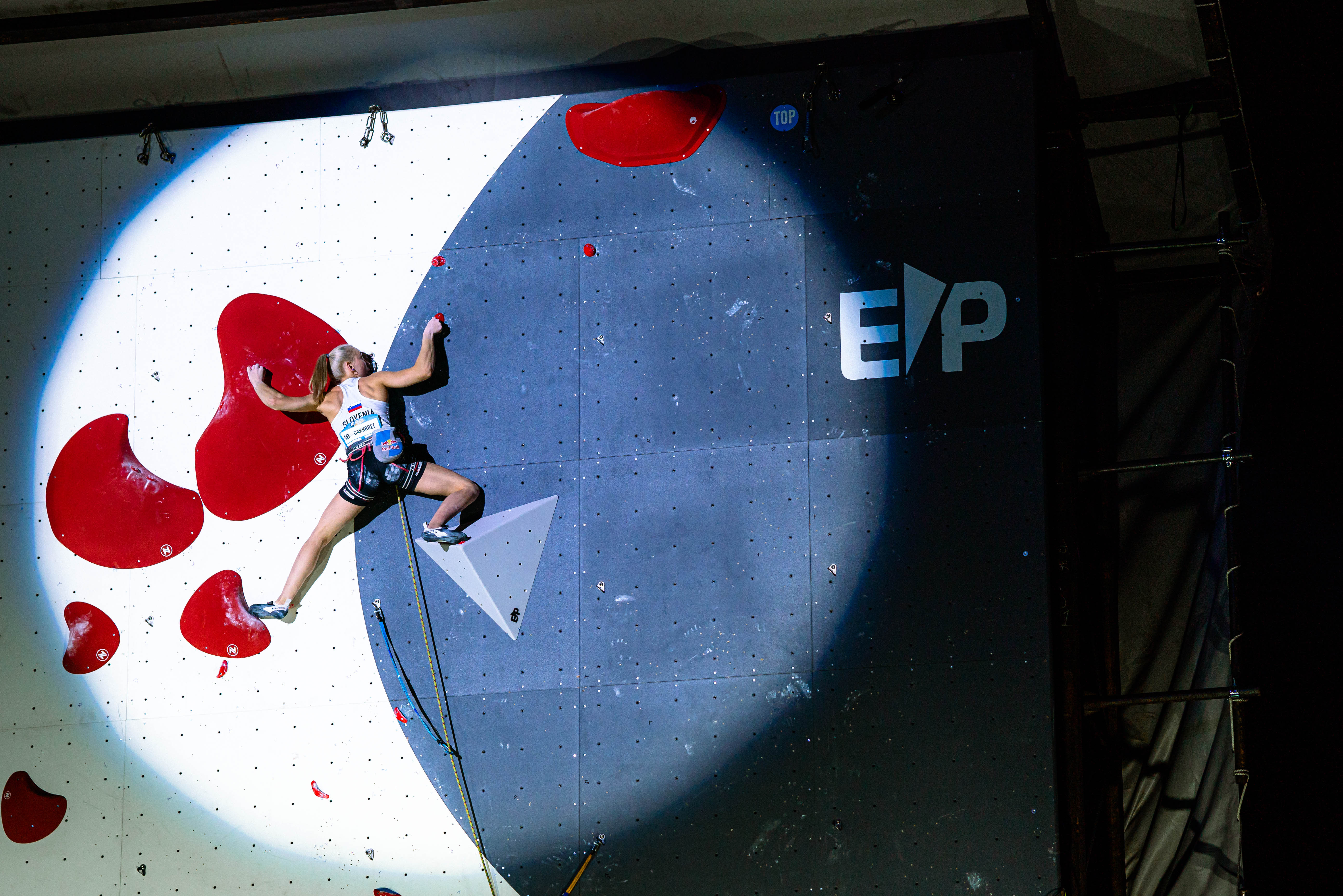 The last event of the IFSC Season 2022 will be IFSC Boulder & Lead World Cup taking place in Morioka, Iwate, Japan, from 20 to 22 October.