The fight for the final International Federation of Sport Climbing (IFSC) Lead World Cup medals in 2022 intensified with the semi-final line-ups confirmed in Jakarta, Indonesia.

Seo Chaehyun of South Korea topped the women’s route to continue her great Jakarta form and head the group of finalists that will fight it out for the podium.

Germany’s Hannah Meul claimed her first-ever World Cup top in qualification and quickly backed that up with another to sit in second place overall. That means Slovenia’s Janja Garnbret had to settle for third place with a 41+ just ahead of Italy’s Laura Rogora in fourth.

Completing the finals line-up will be the Japanese climbers Tanii Natsuki and Nakagawa Ryu with the Slovenian contingent up to three with Vita Lukan and Mia Krampl joining compatriot Garnbret.

Just like the qualification, the Japanese climbers showed their strength in depth by claiming the top four positions in the semi-final and having great odds to claim a podium position for the nation.

Nishida Hidemasa was the stand out reaching hold 40+ with his nearest rival, teammate Yoshida Satone, reaching 37+.

Yurikusa Ao and Higuchi Masahiro will join their compatriots in the final with Japan the team to beat.

Germany’s Sebastian Halenke will be one of the climbers looking to upset the Japanese order going through in fifth position on hold 36+ - the same as Ao and Masahiro.

Surely the biggest roar of the final will be reserved for Raviandi Ramadhan who is the sole participant in the Lead finals for the home nation. 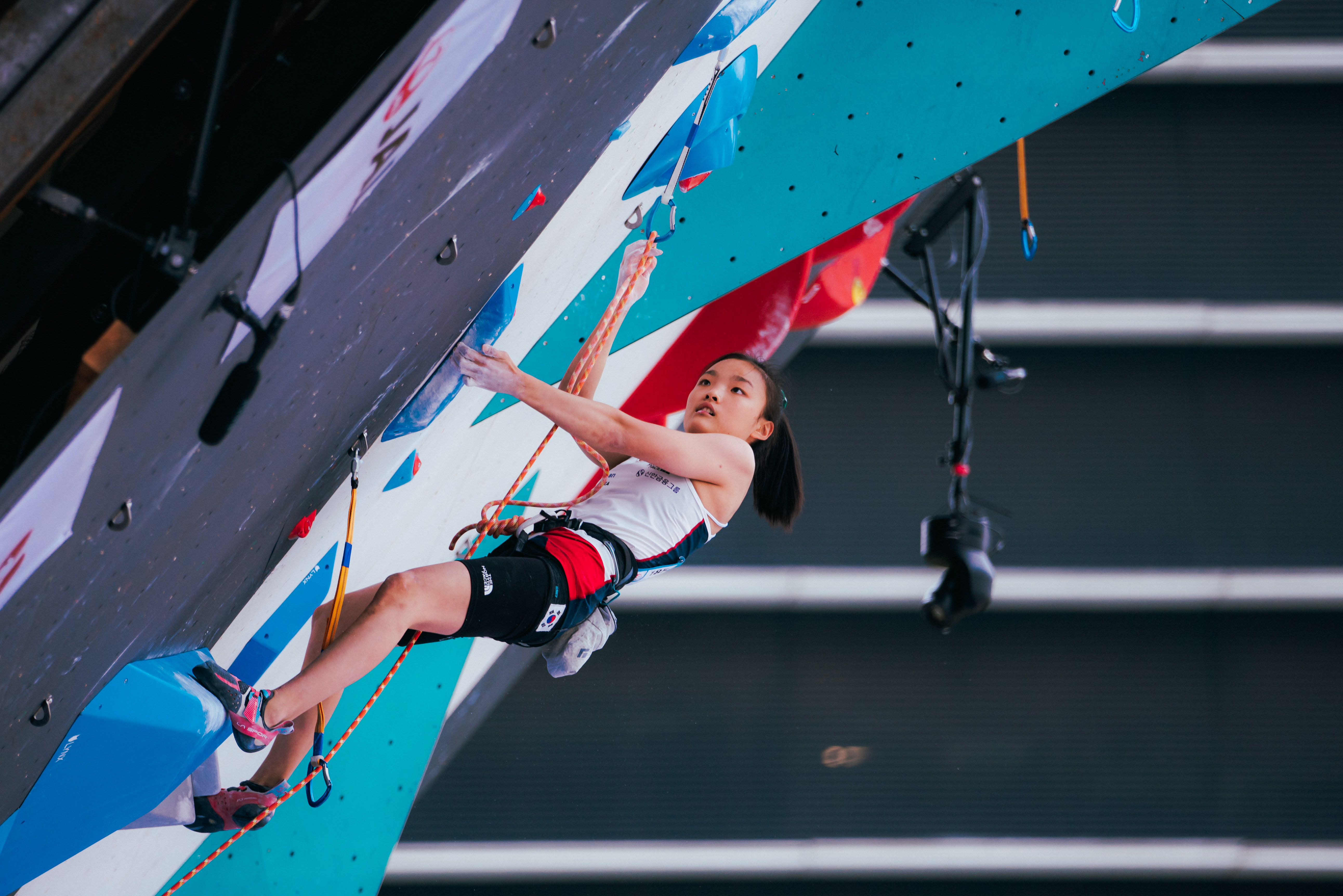