Last hosting a World Cup event in 2017, the Speed climbers opened proceedings for the three-day event which will feature 189 athletes - 97 male, 92 female – from around the world across Lead and Speed.

Poland’s 2021 world champion Natalia Kalucka was top of the women’s category with 7.00 seconds, closely followed by Emma Hunt of USA who secured herself a personal record, and a new national record,  of 7.02.

Sitting in third was Aleksandra Kalucka of Poland who joins her sister at the top end of the qualification rankings tapping at 7.06.

The full women’s Speed qualification results can be found here

Samuel Watson won bronze at the recent Youth World Championships in Dallas, Texas, breaking Youth Speed records along the way, and the American continued that fast form by finishing top of the men’s qualification, tapping at 5.49.

Just behind Watson is China’s Long Jianguo who sits second with 5.50 and Spain’s Erik Noya Cardano in third with 5.56.

The full men’s Speed qualification results can be found here

The top 16 from both the men and women’s qualification will compete in the finals series tomorrow evening at 7:00 (UTC +1) just after the morning’s Lead qualification. 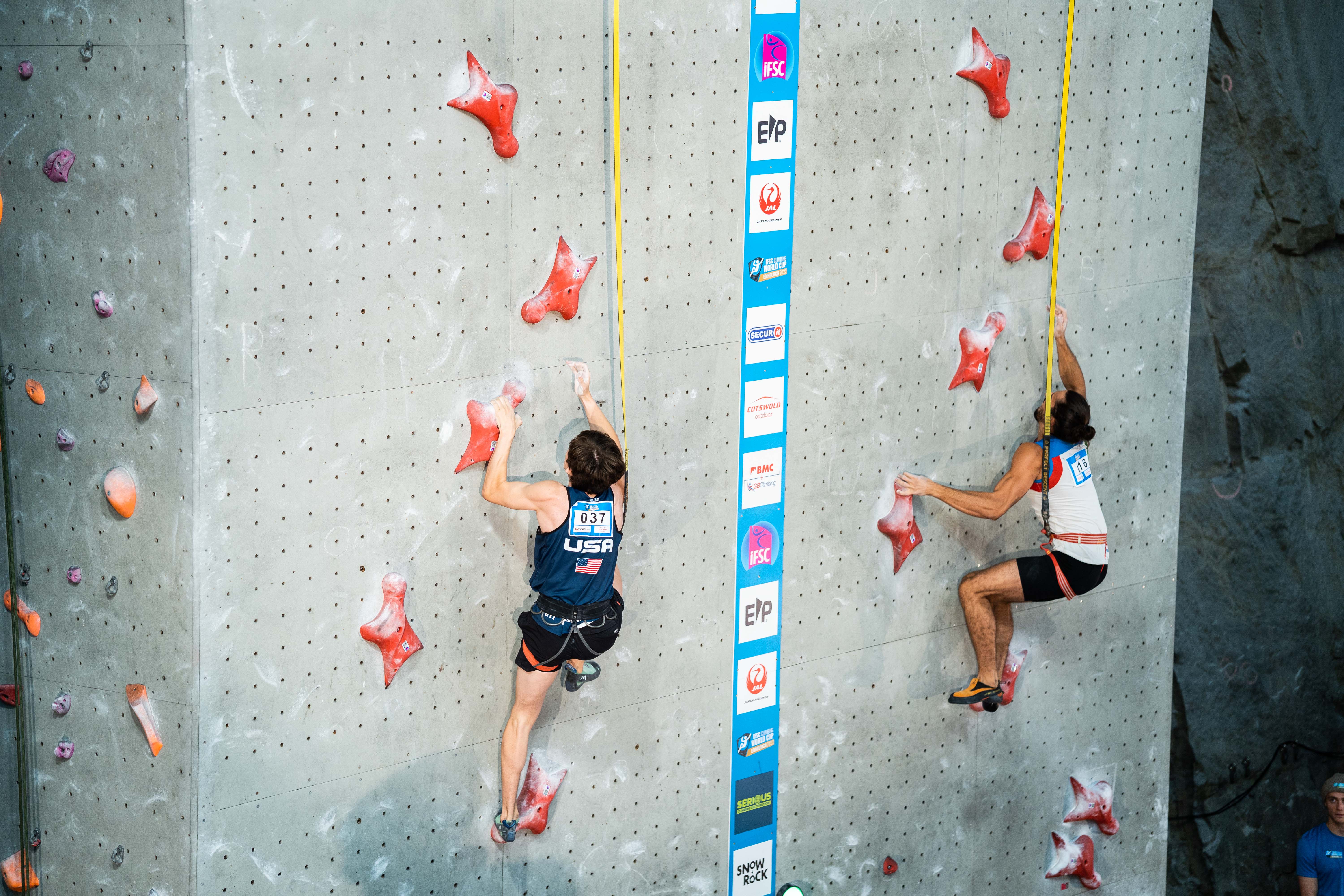