LUKA POTOCAR GRABS FIRST GOLD IN KOPER, MORI’S COMEBACK IS ONE TO BE REMEMBERED

The first-ever International Federation of Sport Climbing (IFSC) World Cup in Koper, Slovenia, concluded tonight at Plus Climbing Koper, in front of thousands of loud and passionate fans.

The show opened in the best possible way, as 20-year-old Slovenian climber Luka Potocar secured the first World Cup gold medal of his career on his home turf. Climbing third-to-last, Potocar concluded with the score of 30+, a few moves away from the top. Also with 30+ was Sascha Lehmann of Switzerland, who then took second position because of his lower placement in the semi-final round.

Completing the podium in third place, Yannick Flohé of Germany added a bronze to the men’s Boulder gold he won in Brixen, Italy, earlier this year. The podium of the men's Lead event at the IFSC World Cup Koper 2022
Photo: Dimitris Tosidis/IFSC

What started as a great night didn’t turn into a perfect one after home favourite Janja Garnbret missed the chance to win her fifth Lead World Cup gold in 2022, slipping mid-way through the route and finishing in second place behind Mori Ai of Japan.

The 18-year-old from Ibaraki, Japan, came back after a three-year hiatus, which she used to focus on her university studies, climbing atop the World Cup podium in her first IFSC event participation since the IFSC Combined Qualifier in Toulose, France, in December 2019. Mori finished with the score of 30+, while Garnbret concluded with 27+.

Pocketing her sixth World Cup medal of the season, Brooke Raboutou of the USA placed third and won bronze with 23+.

Fellow Olympians Seo Chaehyun of South Korea, Jessica Pilz of Austria, and Mia Krampl of Slovenia placed at the feet of the podium in fourth, fifth, and sixth place. Natalia Grossman of the USA concluded seventh, while Hélène Janicot of France placed eighth in her first final round participation of the 2022 season. 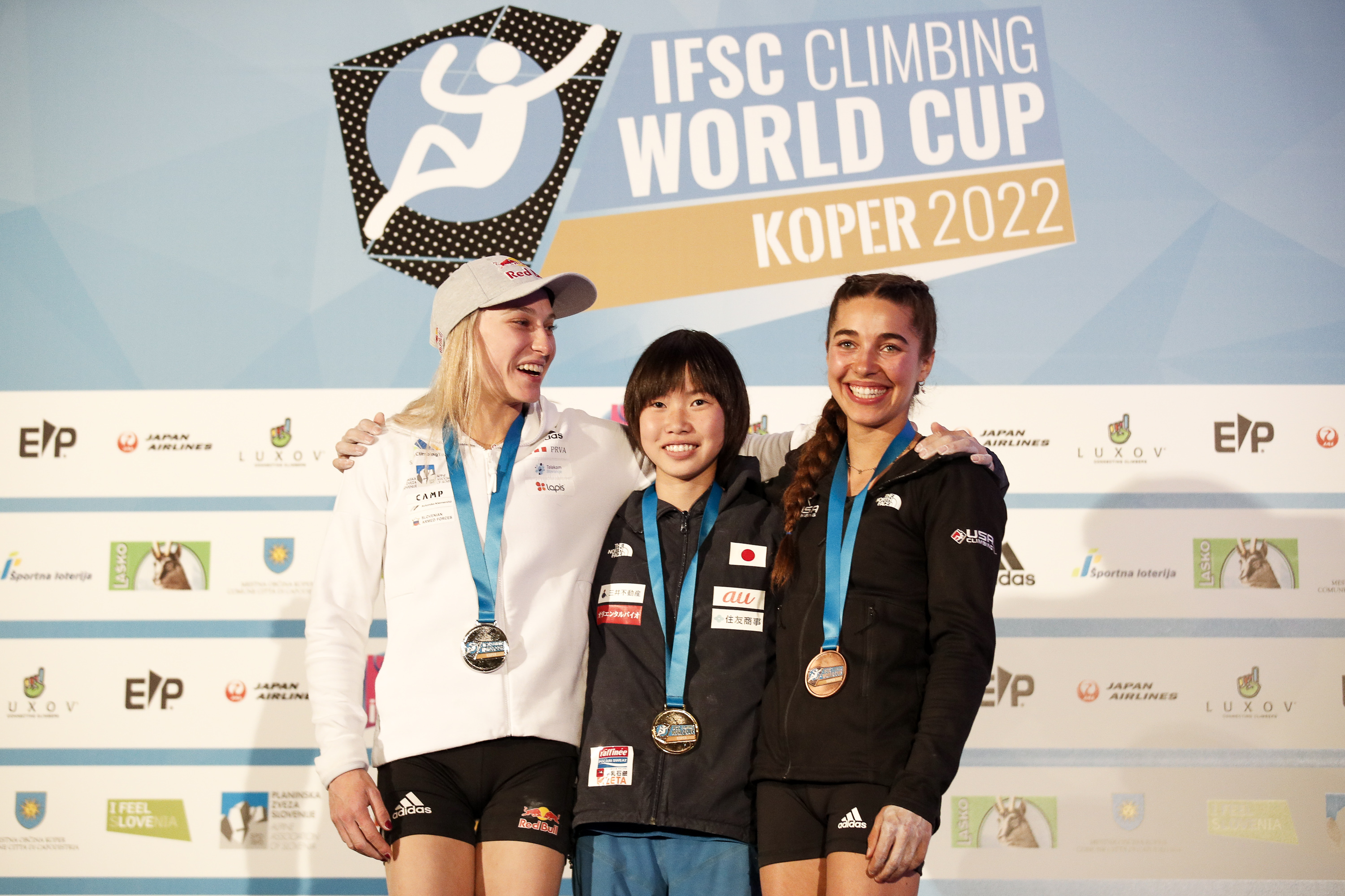 The podium of the women's Lead event at the IFSC World Cup Koper 2022
Photo: Dimitris Tosidis/IFSC

The next stage of the IFSC World Cup Series 2022 will take place in Edinburgh, Scotland, Great Britain, from 9 to 11 September.