The men’s and women’s Lead semi-finals of the International Federation of Sport Climbing (IFSC) World Cup in Koper, Slovenia, played out in front of a big, loud crowd, that cheered for all the climbers, and screamed for the 11 Slovenians competing in the two rounds.

Climbing second-to-last, following his placement in the qualification round, Tokyo 2020 Olympic champion Janja Garnbret smashed the route that previously proved to be one of the toughest of the 2022 season, securing the top hold and the number 1 seed in tonight’s final.

Also representing the home team in the final will be Mia Krampl – sixth in the semi-final with 31+.

Participating in his first IFSC event in since 2019, Japan’s Mori Ai concluded in second position with 45+, followed by Tokyo 2020 Olympians Seo Chaehyun of South Korea, and Jessica Pilz of Austria, respectively with 34+ and 32+.

Team USA placed two climbers in the final, with Brooke Raboutou finishing fifth and Natalia Grossman taking seventh position. Moving into her first Lead final round of the season, Hélène Janicot of France placed eighth with 29.

The men’s Lead semi-final saw Japan’s Yurikusa Ao – silver medallist at this year’s IFSC World Cup in Innsbruck, Austria – finish in first position with the score of 42+, placing ahead of Germany’s Yannick Flohé thanks to a better placement in the qualification.

Three more Japanese climbers joined Yurikusa and made their way into the medal round: Ogata Yoshiyuki – winner of the Boulder World Cup 2022 – finished in fifth place with 37; Homma Taisei and Yoshida Satone respectively concluded seventh and eighth, both with 34.

Also battling for a medal will be Sascha Lehmann of Switzerland – fourth in the semi-final with 37 – and Tokyo 2020 Olympic champion Alberto Ginés López of Spain – sixth with 34+. 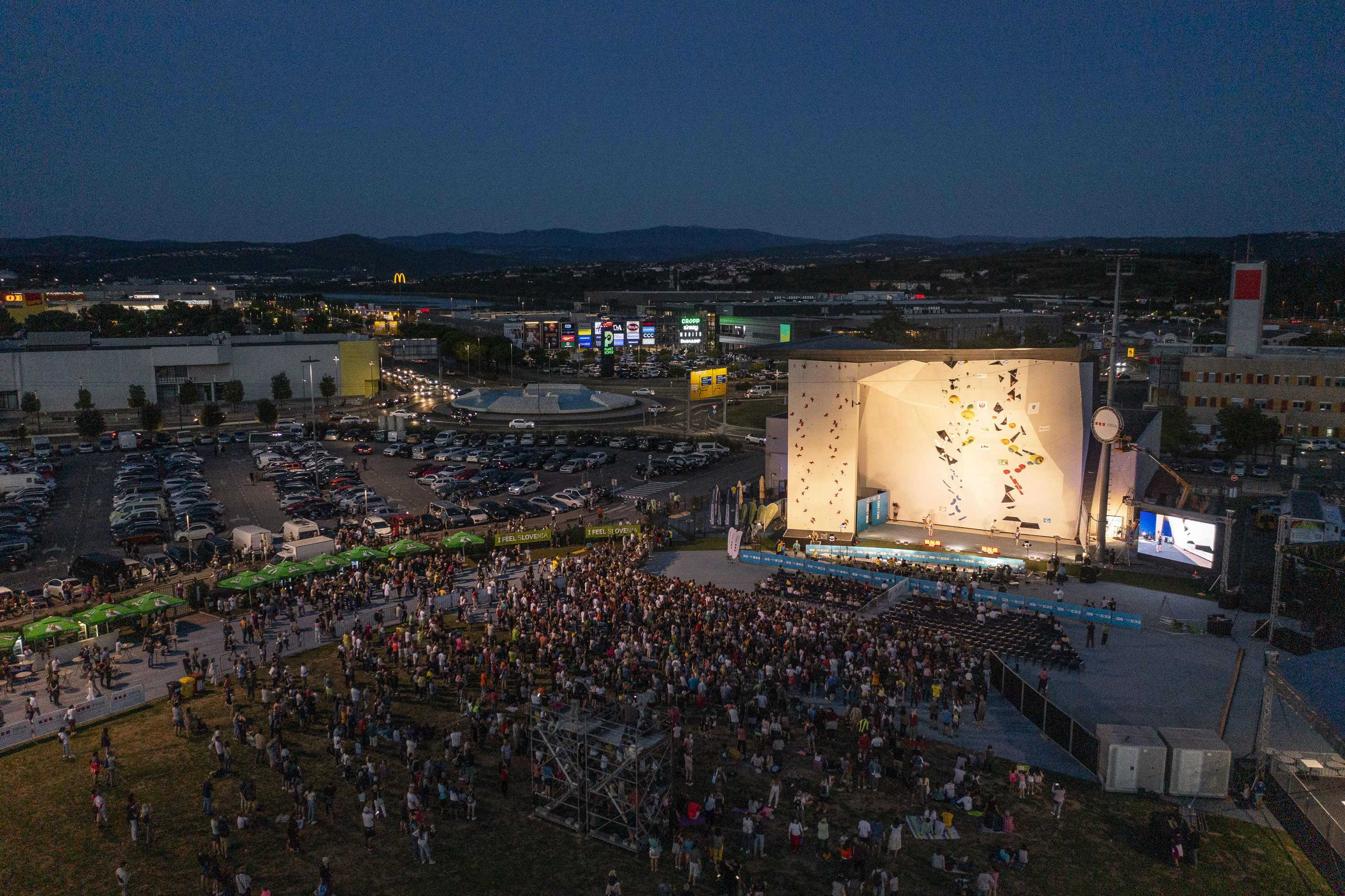 The crowd at the IFSC World Cup in Koper, Slovenia, on Friday night
Photo: Dimitris Tosidis/IFSC