The Japanese climbers have continued to take the 2022 IFSC Youth World Championships by storm picking up another four medals on the first day of the Lead competition finals in Dallas, Texas.

With the Youth A women and both Junior categories in action at Summit Plano, USA, it was again the Japanese anthem that was ringing out as they secured two of the three gold medals on offer.

In the Junior mens final the odds were stacked in their favour to get a medal with half of the line-up from the nation, however, it was Slovenia’s Lovro Črep who was top of the semifinals and led the way.

The finals was a different matter though as Zento Murashita overcame a self-confessed poor performance to claim the gold medal.

“I’m very happy,” said Murashita. “In the semifinals I didn’t have a good performance, but in the finals I felt I did my best. I just had more confidence in the final so that helped, and I really liked the route.”

Murashita reached 44+ to claim the title and was just ahead of teammate Junta Sekiguchi who was one hold short of his compatriot with 43+, and with it securing silver.

The semifinal leader Črep did manage to keep a place on the podium taking bronze from a finals four-way tie on hold 38+ with Japan’s Haruki Uemura, USA’s Ellis Ernsberger and Italy’s Giorgio Tomatis. 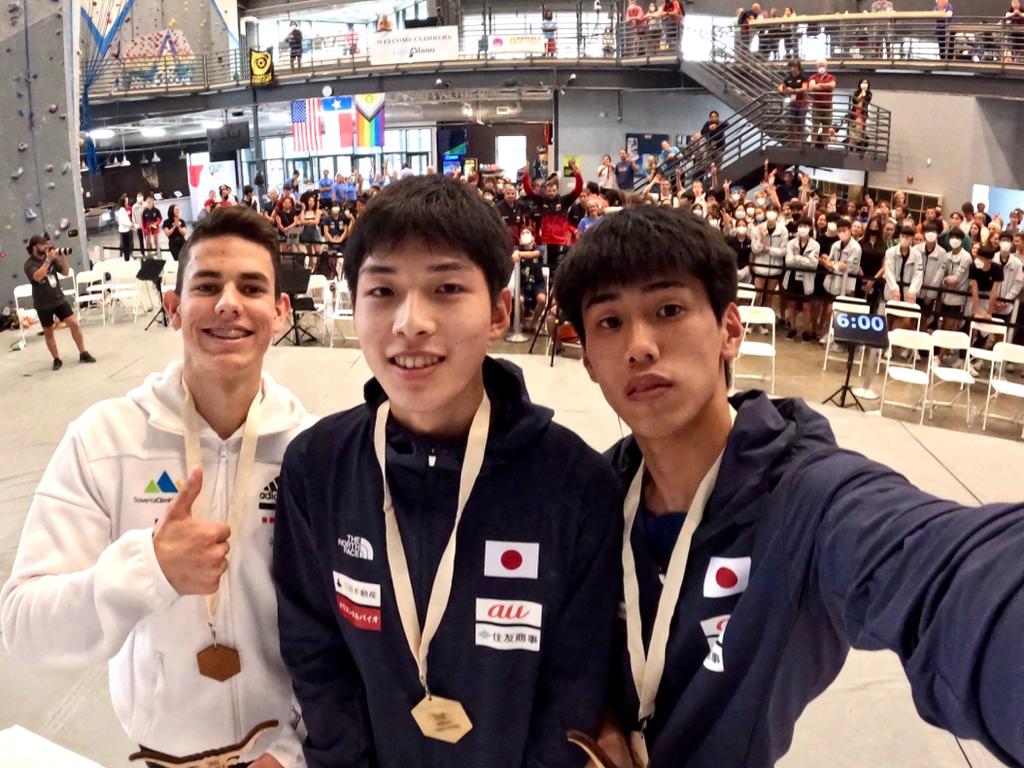 Not to be outdone by their male counterparts, Japan’s Junior female climbers also took gold and silver.

In the semifinals Japan’s Nonoha Kume was top of the standings as the only climber to top the route. Japan’s Natsuki Tanii was second and the Czech Republic’s Michaela Smetanova was third.

Continuing that form and in a carbon copy of the semifinal rankings, this is how the podium shaped up.

“At the beginning of the route I felt quite uncomfortable,” said Kume. “There was a hard move, but when I got passed that I knew I was in with a good shot of a win. I’m very happy.” 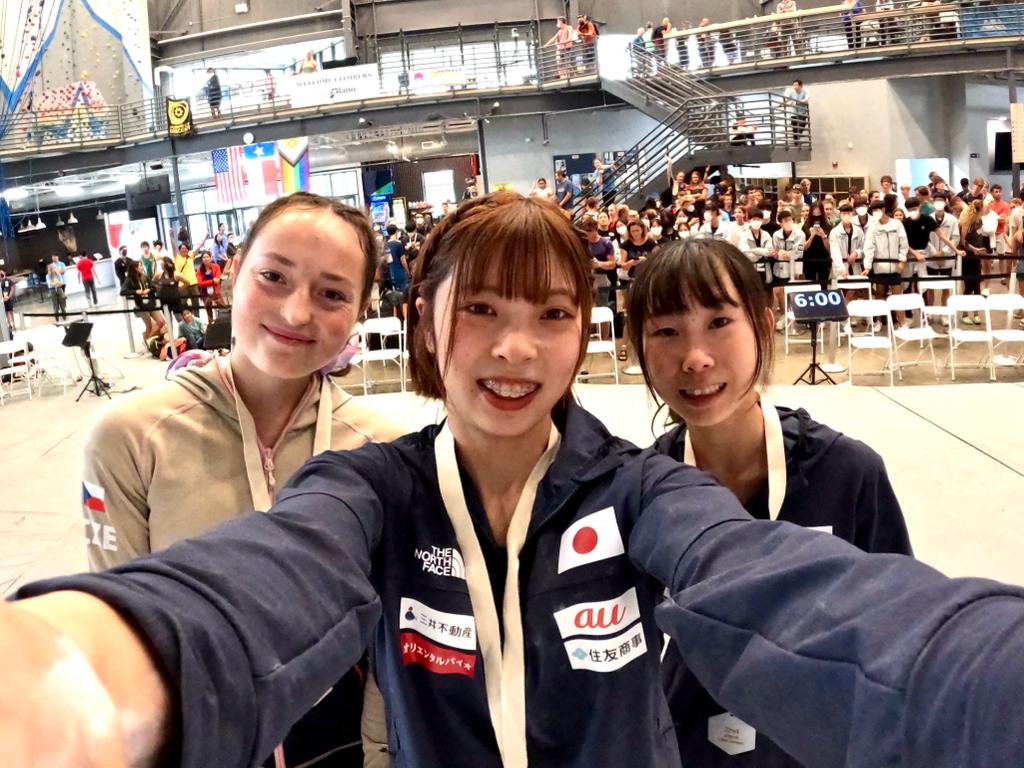 It took the Youth A female climbers to stop the Japanese domination of the Lead medals. Despite having representation in the final it was Bulgaria’s Aleksandra Totkova and Slovenia’s Sara Copar who excelled.

Both climbers topped the route but it was the Bulgarian who took gold with a better semifinal performance.

“I feel amazing,” said Totkova. “I could hear the crowd and I knew Sara [Copar} topped the route so I was a little bit nervous because I knew I had to top to win, but now I feel really good.

“Knowing you have to top adds pressure, but I’m happy I dealt with it and did what I had to do.”

With gold taken by Totkova and silver by Copar it was now a question of who would take the bronze, and it was South Korea’s Gayeong Oh who moved up from fifth in qualifying to third place in the final courtesy of a 39+, well above fourth place finisher Alessia Mabboni of Italy who had 25+.

The 2022 Youth Worlds will come to a close tomorrow with the final Lead competitors from Youth B and the Youth A men fighting for the final medals of the premier youth event. 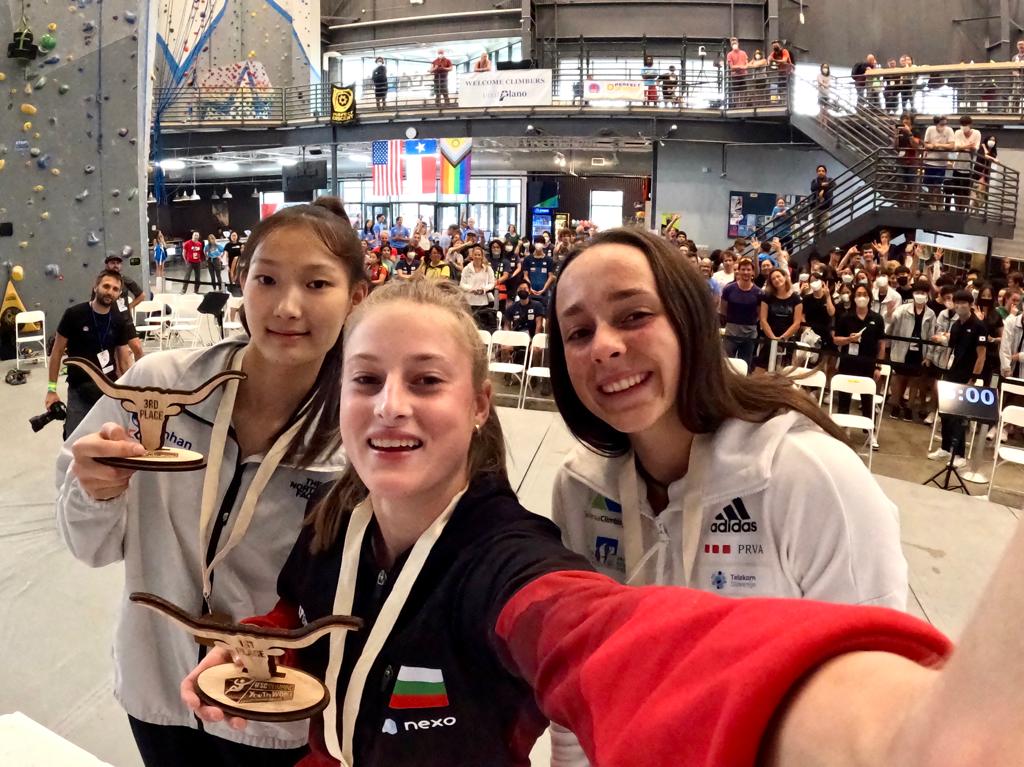