The second and final day of the 2022 IFSC Youth World Championships Speed competition came to a close at Summit Plano, Dallas, USA, with Italy and Ukraine taking the final two golds on offer.

With the Youth A and Junior titles secured yesterday, the Youth B category stepped up to crown their winners.

In the male section it was Italy’s Francesco Ponzinibio who took gold when his finals rival, Japan’s Ginta Uegaki, made a false start: “I was really nervous for the final, it’s not nice when your opponent does a false start, but I’ll take the victory.”

Despite not having to race the final the Italian was climbing well throughout the qualification and finals rounds: “I’m just really happy, I can’t believe it right now. I also did a personal best here as well so I’m happy about that also.”

Uegaki’s false start meant he had to settle for silver, it did however mean Japan took yet another 2022 Youth Worlds medal to add to their ever-growing collection which now totals eleven – eight in Boulder, three in Speed.

In the small final it was a close affair between Damir Toktarov of Kazakhstan and Aodhan Umlauf of Germany. The Kazakhstani climber took the bronze with a 6.18 compared to his rival’s 6.53. 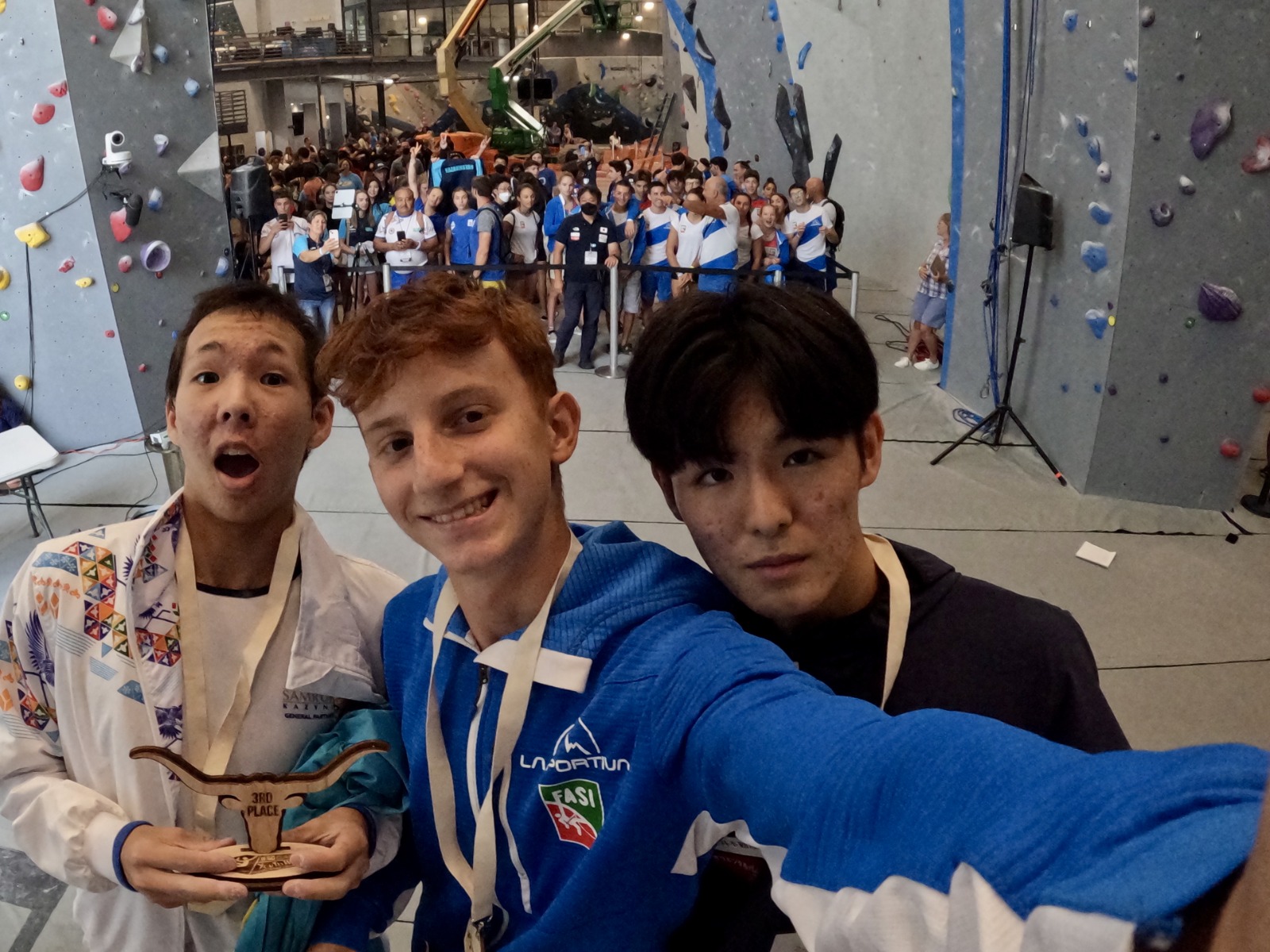 The Youth B female final was an all-Ukrainian affair as both Kseniia Horielova and Polina Khalkevych made it through the finals rounds for one last showdown for gold.

It was a super close final race as Horielova took gold with 8.48 and Khalkevych silver with 8.63.

Maelane Villedieu of France rounded out the podium taking bronze with a small final win against Poland’s Martyna Stokoweic in a time of 8.86 compared to 9.10.

Attention now turns to the Lead category tomorrow as the event continues at Summit Plano.