Janja Garnbret came into Munich 2022 having never won European Championships gold. After tonight’s women’s Boulder & Lead competition, she will return home to Slovenia literally weighted down with the precious metal.

Garnbret swept all three women’s competitions over the past week, first taking the individual Lead title, followed by the individual Boulder, and finally the Boulder & Lead (B&L) crown this evening, the first ever champion in the new format that will feature at the Olympic Games Paris 2024 in two years’ time.

The queen of Climbing scored an almost perfect 199.9 in the B&L final, the only blemish coming at problem four of the Boulder competition. Garnbret slipped off the wall attempting a transition, crashing down hard on her lower back. She appeared to be in some discomfort immediately after the fall, but the Tokyo 2020 Olympic Champion dusted herself off and promptly topped the problem on her next attempt.

She never looked back. In the Lead final she was one of only three athletes to collect a full 100.0 points, along with silver medallist Mia Krampl of Slovenia and bronze medallist Jessica Pilz of Austria.

“Being three-times European champion sounds good, but it feels even better,” Garnbret said, adding that she may be in need of a new trophy cabinet after her time in Munich.

“One shelf broke not long ago. The things on it were too heavy,” she said. “If it’s too small I will buy a bigger one, but when I look at my cabinet and medals I’m like ‘Whoa, when did this happen?’ because time flies as I’m competing so much and sometimes you have to stop and realise what you have achieved because it is incredible.”

Having gone three for three in Munich, it will likely come as no surprise to learn that Garnbret has a soft spot for the Bavarian capital.

Slovenian teammate Krampl, meanwhile, made up for the disappointment of finishing just out of the medals in the individual Lead, where she placed fourth. Krampl entered today’s competition ranked seventh and will be pleased with her confident performance, which resulted in a score of 180.9.

“Before this competition, I was focusing more on Lead, so for the B&L competition I had no expectations,” Krampl said of the new Olympic format. “It was more like checking what the new format looked like and I said to myself I want to go climb and enjoy myself, and that is why I got a medal.”

With the temperature hitting 32 degrees on the Königsplatz and the crowd being hosed down from the front of the stage, expectations were also rising for a second medal of the week for Germany’s Hannah Meul, who won silver in the individual Boulder event. The 21-year-old headed into today’s Lead final tied for second after a brilliant run of three tops in the Boulder competition. But the 80.9 points she collected were not enough to propel her onto the podium after she only managed to reach hold 43 on the Lead wall.

It was a disappointing end to an otherwise terrific week for Meul, who nevertheless said she will use her performances here in Munich as inspiration for better results to come.

“I can’t be angry but I’m disappointed,” Meul said of today’s result. “I had high expectations for a second medal. If you win one medal you are excited and want more and more, but it was so close.“I really showed how strong I am on Boulder and really gave my best, but in Lead it was so close. I know I will get better and will use this as a motivating factor for the next competition.”

The new format to be used at the Olympic Games Paris 2024 made its official competitive today.

Unlike the Combined format that featured at Sport Climbing’s Olympic debut at Tokyo 2020 last summer, Paris 2024 will see medals awarded to Speed athletes separately, as well as to climbers in the new B&L discipline, the rules for which were officially published earlier this year in the International Federation of Sport Climbing (IFSC)’s Rules 2022.

The top eight climbers from this weekend’s individual Boulder and Lead competitions, based on their cumulative performances in both disciplines, competed today. The men are set to follow on Thursday, the last day of Sport Climbing at Munich 2022, with the Boulder round starting at 3:00 pm (UTC+2) and the Lead round beginning at 5:00 pm. 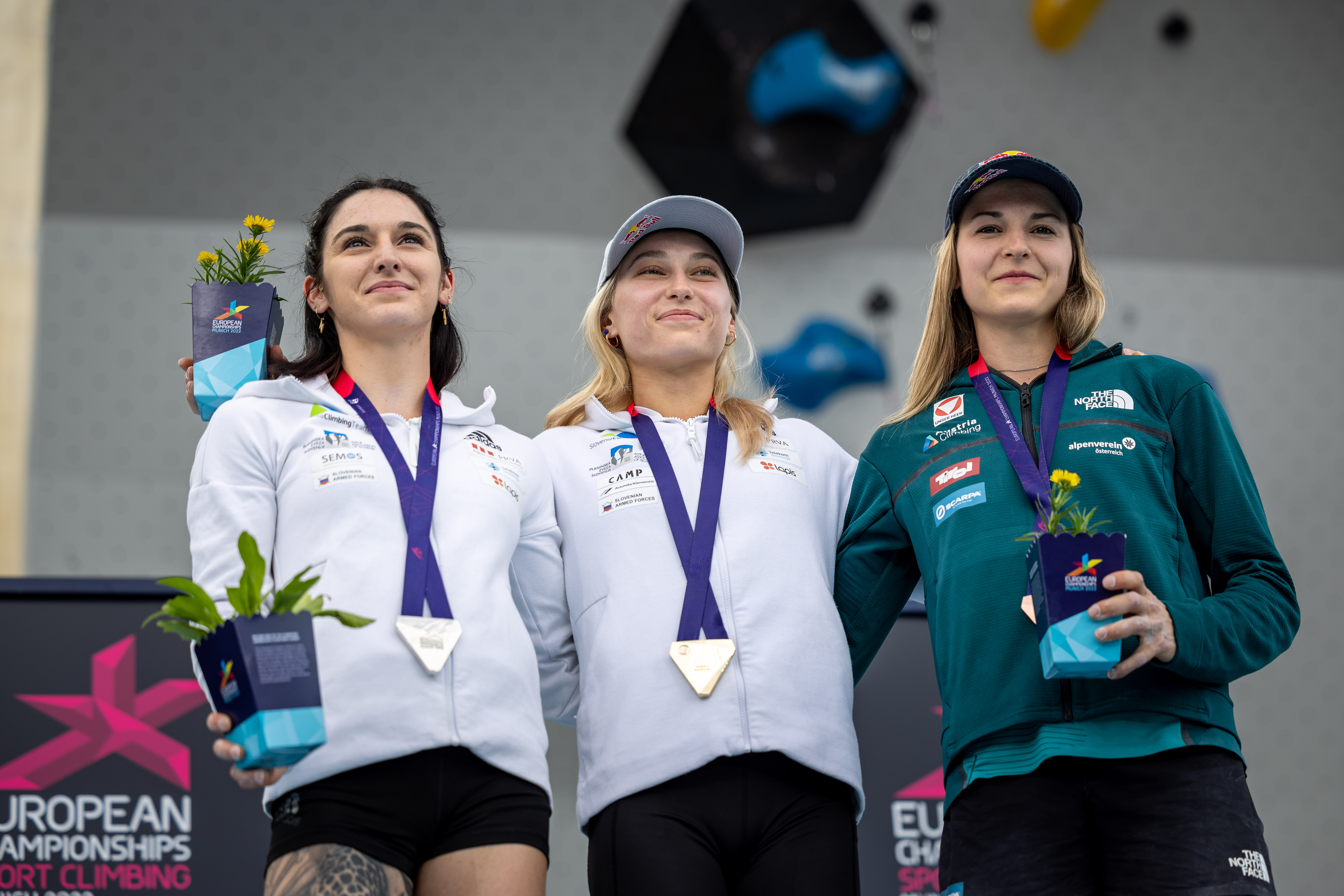