STORY OF THE SEMIFINALS: MUNICH 2022 WOMEN’S BOULDER AND MEN'S LEAD

The only athlete to solve all four problems, Garnbret made quick work of routes that had confounded most of the field all morning. That included the previously insurmountable second, which the Slovene phenom topped in under two minutes, much to the delight of the appreciative crowd. She finished the morning with an almost flawless score of 99.7, a full 22.1 points ahead of second-place finisher Chloé Caulier of Belgium. Germany’s Hannah Meul qualified in third on 77.5 points.

“I started a bit too nervous,” Garnbret, surprisingly, said of her morning, “but then I calmed down on the next three boulders.” She added that she was looking forward to having fun as she attempts to win back-to-back European titles this afternoon, before challenging the routesetters to not take it easy on the finalists.

Trailing Israel’s Ayala Kerem heading into the fourth problem, Caulier – the last athlete on the wall – leapfrogged into 2nd from 7th after managing to top with only five seconds remaining on the clock. It will surely be a welcome boost in confidence for the 25-year-old heading into the next round.

For the full results of the Women’s Boulder semi-final, click here. 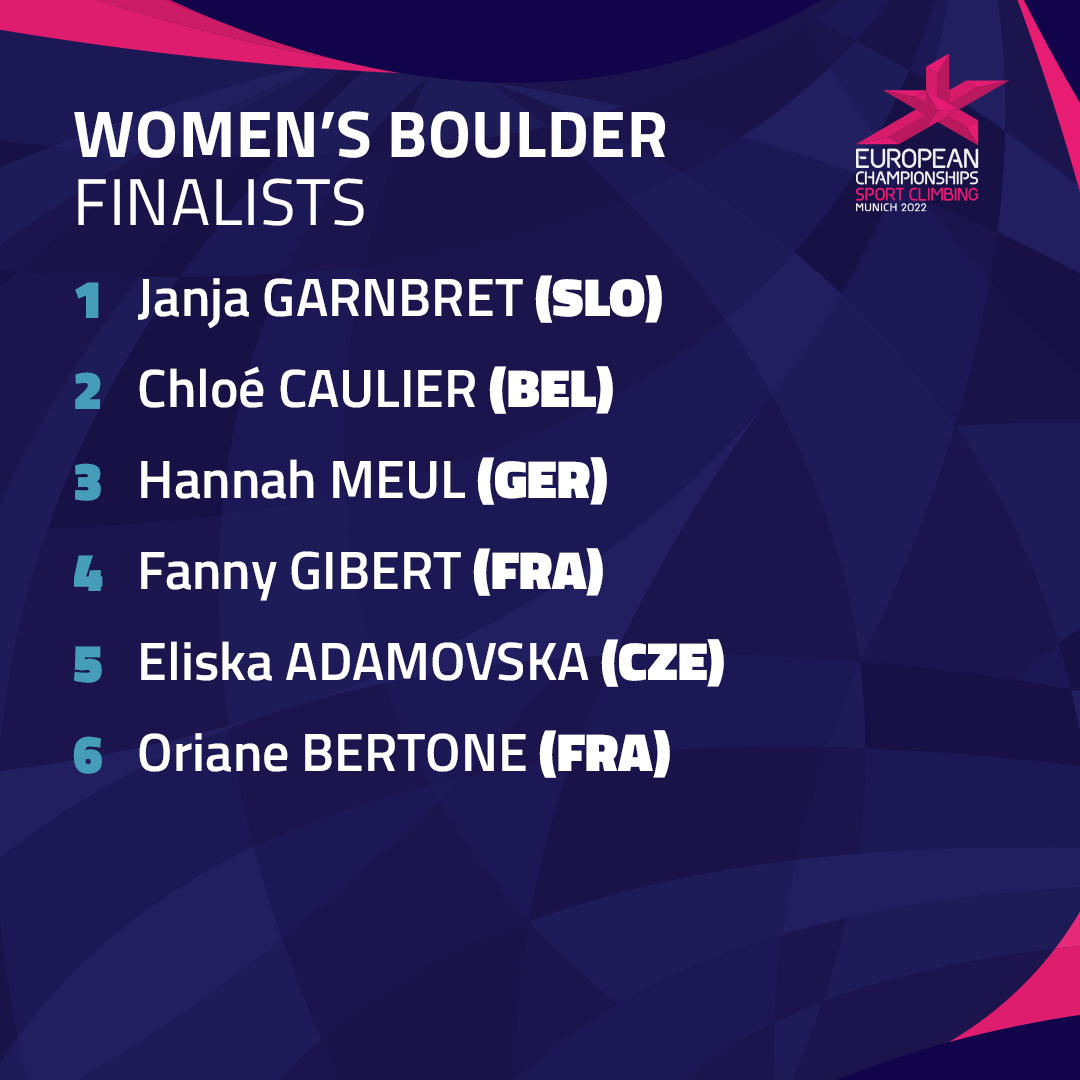 After a short break, the 26 Men’s Lead semifinalists took to the field of play aiming to secure their place in the final eight.

In the day’s biggest shock, defending European Champion Sascha Lehmann of Switzerland failed to make the cut finishing ninth following an inspired final climb by Germany’s Alexander Megos, who qualified in fifth with a score of 42+.

For the full results of the Men’s Lead semi-final, click here. 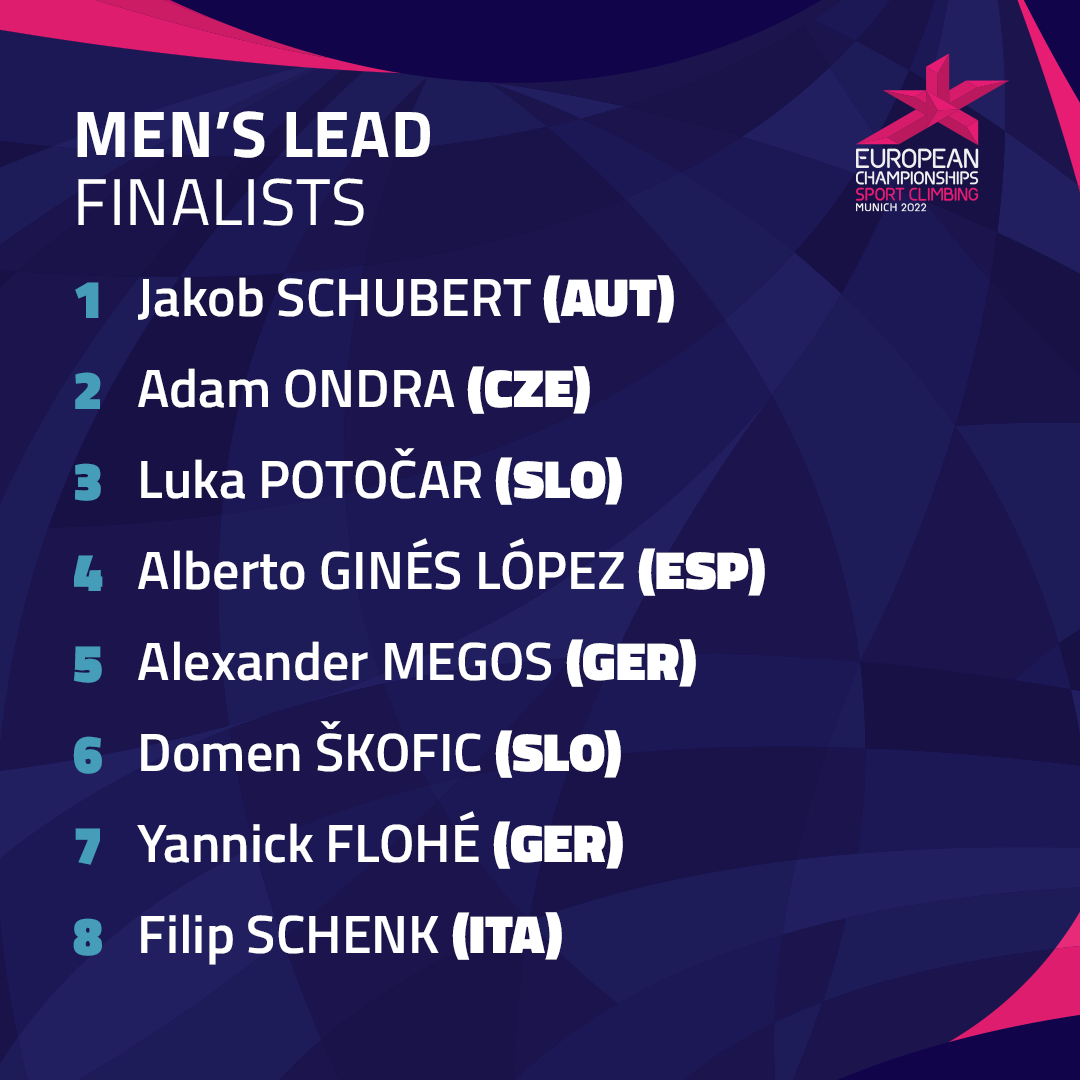