The packed out Königsplatz was treated to a tense finale to the day’s competition as the three top semifinal qualifiers battled it out for medals. Uznik, Adam Ondra of the Czech Republic and France’s Sam Avezou all came into the final performing well and were ahead going on to the final Boulder.

All three had two tops and two zones but it was Uznik who rose above his rivals with fewer attempts in his performance.

“That's one of the coolest competitions I've ever competed in,” said Uznik. “Especially with such a big and awesome crowd, you just want to deliver a show. That's what I tried to do because after the first boulder I felt I couldn't really climb anymore. So, I was thinking okay let's enjoy this and at least put on a good show. Try to give all I have and it turned out to be pretty good.”

Taking the silver medal was Avezou who has tasted European success multiple times at Youth Cup and Youth Championship level, although the Frenchman couldn’t quite fully believe it: “I’m very happy, but I can’t process it right now. I did my best and that was all I could do.”

Ondra had a chance to snatch a gold or silver medal as the very final competitor, but like all the finalists struggled to solve the problem.

“Let's say I wasn't born to do it,” said Ondra. “I was pretty happy how relatively close I got but nevertheless, I was still quite far away.”

The Olympian took a hiatus following Tokyo 2020 and returned with a gold at the IFSC World Cup in Chamonix last month, he now has a European bronze to add to his comeback:

“It feels great [to win bronze]. I didn't have any particular goals for Boulder, I was really happy with proceeding to the final. In the final I could enjoy my time and know that it's a bronze medal,” said Ondra. Despite being the only climber to reach the zone for the fourth problem, France’s Mejdi Schalck finished outside the podium in fourth position.

A flash on the third Boulder also couldn’t help Filip Schenk of Italy make an impact in the final and he finished fifth overall. Former European champion Jernej Kruder of Slovenia was the only climber not to top which meant a sixth-place finish. 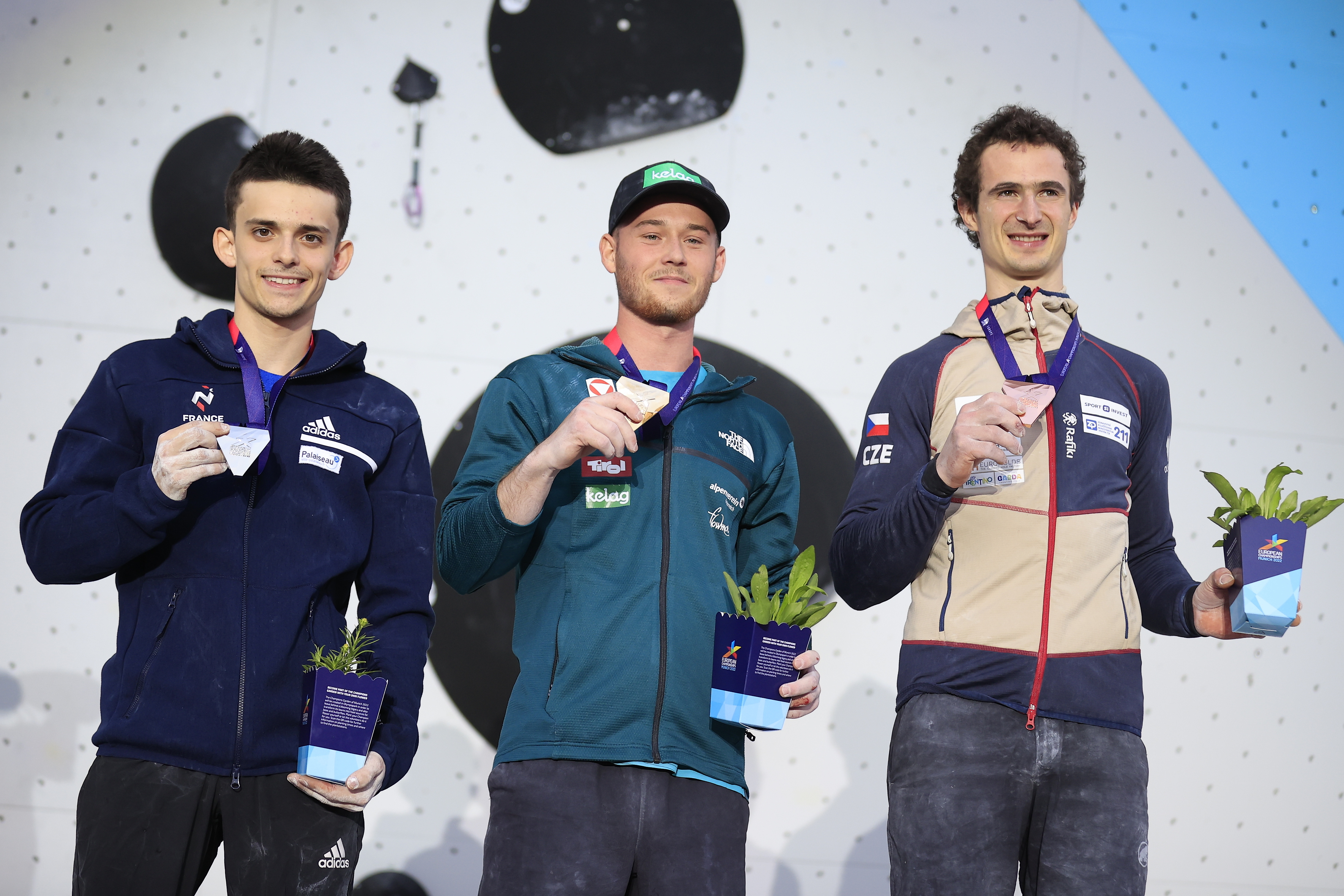