A sell-out crowd was in attendance at the Königsplatz in Munich, Germany, today to see Slovenia’s Janja Garnbret take yet another title, one that had been missing from her very impressive collection.

A European title had eluded Garnbret so far in her climbing career, but she was determined to change all that right from the start of the European Championships Munich 2022. The Olympic champion led the women's Lead qualification, led semifinals, and took gold with a 50+ from a 51-hold final climb.

“It was definitely one of the hardest mentally to win. That's why I'm even happier with my performance and my mentality throughout all competition.”

Looking on as Garnbret climbed to gold was Austria’s Jessica Pilz who had set the target of 45+ for her rival. Pilz knew sitting top with just Garnbret to come that she would have an upgraded European medal from the two bronze’s she had previously won. She just didn’t know what colour it would be. Unfortunately for the Austrian it wasn’t the top step this time as she had to settle for silver.

Pilz said: “It was super fun to climb like that and the crowd was amazing. The route was also pretty nice to climb. It was a super long route, but it was fun.

“I think I had the wrong boulder in the end because I tried it fast, and it was better to go slow but I’m still happy about second place. It was a great performance.”

Manon Hily of France had been climbing well and was near the top of the qualification standings and semifinals. As Hily reached 41 to move to 42 she came off the wall and looked visibly disappointed. Her 41+ was enough for a bronze medal though above fourth placed Mia Krampl of Slovenia.

“I was very excited, and I felt in good shape, so all was good for me today. The route was not so tricky. Maybe more than the routes because it was my style. It was a very good climb,” said Hily.

In fifth position was Aleksandra Totkova of Bulgaria who matched Krampl’s 40+ just ahead of Eliska Adamovska of the Czech Republic who finished sixth.

The home crowd favourite, Germany’s Hannah Meul was seventh overall reaching 37 as Ukrainian Ievgeniia Kazbekova rounded out the final standings in eighth with 18+. 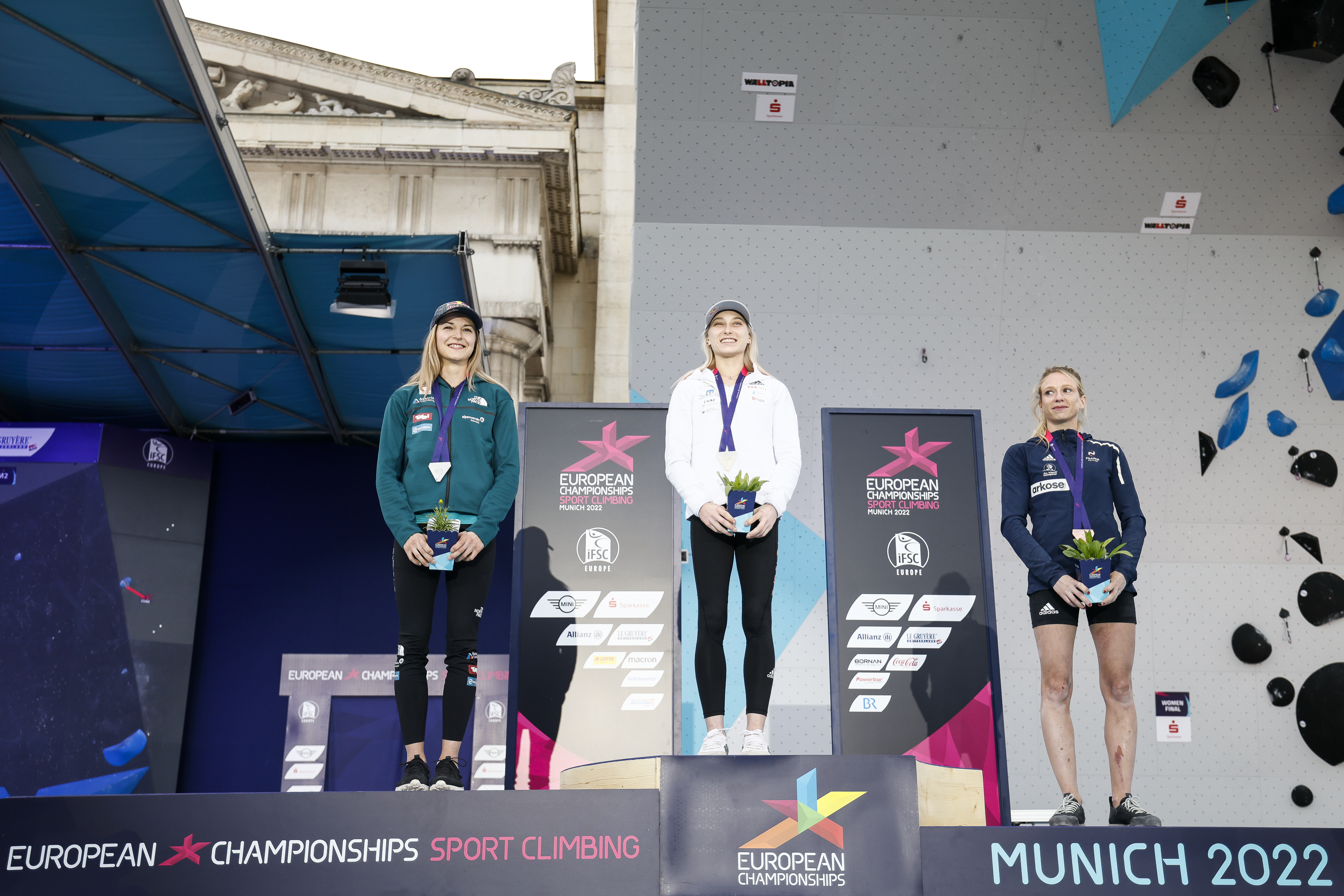