STORY OF THE SEMIFINALS: MUNICH 2022 WOMEN’S LEAD AND MEN'S BOULDER

The women’s Lead semifinalists were out early at the Königsplatz in Munich, Germany, to try and secure a place in the afternoons European Championships final.

The top 26 from qualification were whittled down to the top eight for a chance to be crowned the women's Lead European champion.

As the saying goes, ‘last and by no means least’, and Slovenia’s Janja Garnbret was last to face the wall, but yet again topped the standings reaching hold 45, and with it book a place in the final.

There was a cluster of athletes around hold 24 so competition for finals places was tight – break past that hold and you were in the finals.

Manon Hily of France was one climber who did that and ended up second overall on hold 35. Hannah Meul ensured the home crowd some German interest making it through in fifth.

Eliska Adamovska of the Czech Republic was the eighth and final climber and will get a chance to improve on her position and push for a medal in the late afternoon session.

After a short break, the men’s Boulder semifinalists took to the field of play to try and book their place in the final six.

Adam Ondra of the Czech Republic led the way topping two of the four problems, the only climber to do so.

There were two French climbers in the top three from qualifying – Manuel Cornu and Mickael Mawam, but it was the 19th placed Sam Avezou who excelled in the semis to move up to second overall and book his final spot. Despite a last ditch effort Cornu and Mawam both miss out on the  final.

Austria’s Nicolai Uznik continued his good for in Munich once again qualifying near the top of the order.

Unfortunately there is no German interest in the men’s Boulder final, but a sold-out crowd will certainly be cheering on all the athletes as they have done all competition so far. 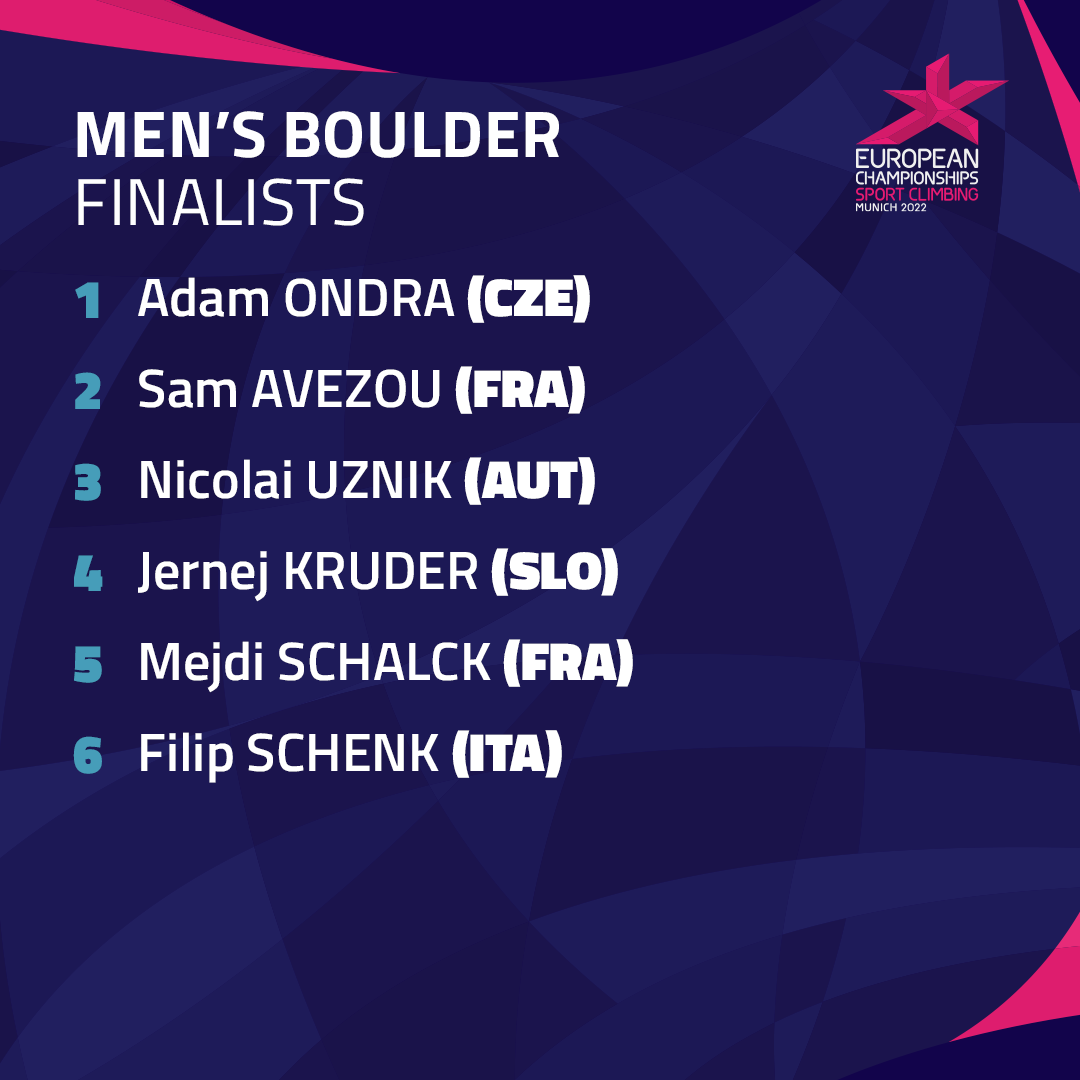