TAKING THE LEAD: TEAM SLOVENIA STANDS TALL ON THE WALL

With a population of just 2.1 million people, the Republic of Slovenia is one of the smallest nations competing at the European Championships Munich 2022.

But the mountainous Central European nation is a veritable giant when it comes to Sport Climbing, with Slovenian athletes routinely reaching podiums at events around the world.

In Munich, Team Slovenia threw the gauntlet down early on Day 1 of the competition, with three athletes (Jernej Kruder, Anže Peharc, and Luka Potočar) qualifying for the semi-final of the Men’s Boulder semi-final and five athletes (Janja Garnbret, Mia Krampl, Vita Lukan, Sara Čopar and Lučka Rakovec) booking their spots in the Women’s Lead semi-final. The medal rounds for both take place on Saturday.

And while Tokyo 2020 Olympic Champion Garnbret has rightfully earned the lion’s share of the limelight in recent years, there is an army of exceptionally talented Slovene climbers following in her footholds.

Slovenia will also be looking for possible medal finishes from a crop of young climbers that include 22-year-old Krampl, 21-year-old Lukan, and 17-year-old Čopar in Lead, and 20-year-old Potočar in Boulder.

Asked what the secret to Slovenian success is, the athletes agree that team camaraderie and a healthy dose of competitiveness is what drives them onward and upward.

“I guess it is the team spirit,” Tokyo Olympian Krampl says. “We cheer for each other, learn from each other, we all work hard on training and always strive to be better.”

Lukan, who says Sport Climbing has essentially become the national sport in Slovenia, concurs: “Since the level of climbing in our team is high, nobody wants to be left behind and we all try to push our limits during training sessions,” she says. “There is a healthy measure of competitiveness among us, however, we all cheer for each other and we have really amazing time together.”

Despite never having won a European Championship title, Garnbret nevertheless is the athlete to beat in Munich after finishing first in qualifying. Out of 45 competitors, she was the only athlete to top on Day 1.

“This is actually the only title I don't have yet,” Garnbret says. “I was always second at the European Championships so it’s one of the biggest goals for this season because there are no other bigger competitions this year. A first European title would be great.”

Her teammates all agree that the six-time World Champion, who has become the sport’s most-recognizable personality, has done wonders for Sport Climbing in Slovenia and remains a daily inspiration.

“It was not that long ago I was watching World Cups on TV and I dreamed about competing on the same level as Janja,” says Čopar. “There are many young climbers in Slovenia who wish the same thing. Because of Janja, climbing in Slovenia became way more popular than it was. Now I am living my dreams and competing with her and the other strong girls from all over the world. Watching them climb is something wonderful and I can learn a lot from them, especially from Janja. She really is an amazing person, good friend, and supporter.”

With four Lead athletes finishing in the top seven in qualifying, the Slovenian women appear to have an excellent shot at taking home multiple medals in the event.

Looking to become the first woman to win the European Lead title more than once, Rakovec is standing on the cusp of history. “I will need to climb my best, without mistakes, because the field of girls who could be on the podium is really big,” she says. “It would definitely mean a lot to win or to be on the podium.”

For teenager Čopar, finishing in the top three on her first trip to the Europeans would be a tremendous achievement. “To win a medal at my first European Championship would be amazing and unbelievable,” she says. “I would love to win a medal one day, but who knows? I know I am well prepared and if I won’t be nervous and if I will just enjoy and give my best, I am sure I can make a good result.”

One thing is certain: The athletes are all loving the electric atmosphere at the climbing venue in Königsplatz in the heart of Munich, where large crowds have gathered to watch the qualifying and even bigger numbers are expected for the finals over the weekend and into next week.

“The atmosphere is amazing!” says Krampl. “I didn't expect that so many people would come to watch qualifications. It almost felt like climbing in the finals with all the people cheering while I was fighting on the wall. This really is a proper high-level event and I can’t wait to see what the crowd will look like on the weekend.”

“Königsplatz is amazing!” echoed Lukan, whose last medal was a silver in Lead at the IFSC Europe Continental Cup in Arco, Italy in June. “Even on the first day, the crowd was really loud and supportive not only for German climbers but for all competitors. I was climbing on this wall before and in my opinion, it is one of the best. The routesetters did an amazing job and prepared really cool and good-looking routes for us. I’m really looking forward to the next days!” 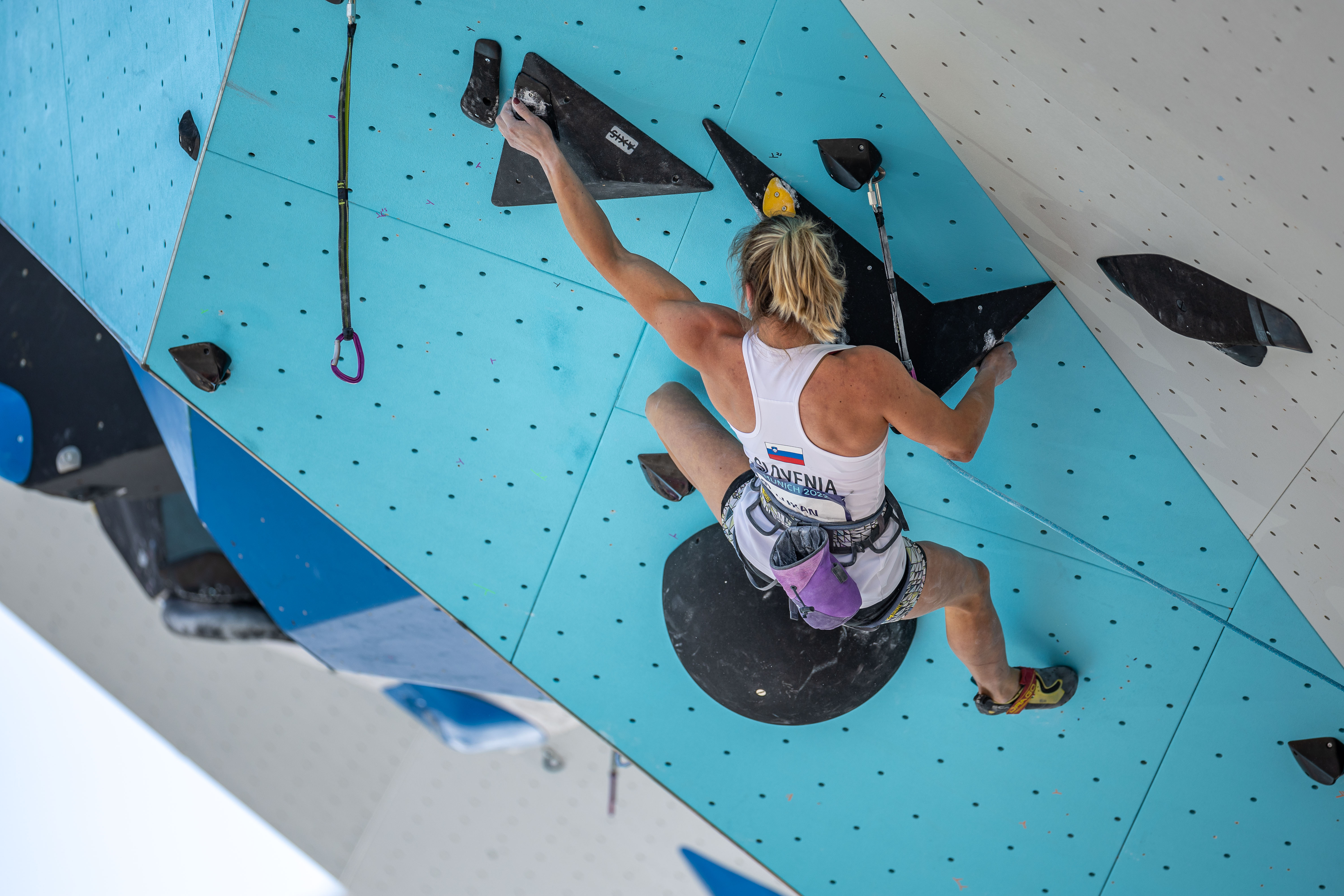