The crowds descended on the Königsplatz in Munich, Germany, today as the European Championships Munich 2022 opened with qualification in the men’s Boulder and women’s Lead.

Opening proceedings was the men’s Boulder, and more specifically, a crowd favourite with home nation’s Yannick Flohé who was one of the 20 athletes who made it through the 60-strong qualification round.

Flohé said: “It was really good to see the crowd cheering. It always helps to have a good crowd who is cheering for you. In the semifinals and the final, they could help make a big difference.”

The German athlete made it through to the semifinal topping three of the five qualification Boulder problems and will be joined by compatriots Christoph Schweiger and Alexander Megos.

Manuel Cornu of France goes through to the semifinal in first position with four tops and is joined by Olympic champion Alberto Ginés López of Spain and Adam Ondra of the Czech Republic.

Ginés López said: “The finish in the first three boulders was quite good. In the second part, on the next boulder it was such a physical challenge I thought it would be good for me, but I couldn’t reach the top.

“One month ago, I wasn’t feeling very competitive because I was injured (finger), so it will be super-nice to be in the semis and final.”

Slovenia’s Janja Garnbret has so many titles and gold medals to her name, but not the European Championships. The Olympic champion is out to change that with an unsured performance to top the women’s Lead qualification.

Garnbret said: “This is actually the only title I don't have yet. I was always second at the European Championships so it’s one of the biggest goals for this season because there are no other bigger competitions this year. A first European title would be great.”

There was a strong Slovenian presence at the top of qualification with four of the top seven from the nation – Garnbret, Mai Krampl, Vita Lukan and Lučka Rakovec.

The World Games gold medallist Jessica Pilz of Austria qualified in third with compatriot Mattea Pötzisneaking into the semifinals in 26th place.

Despite qualifying in near the top of the standings, Pilz feels there is more to come: “I don't feel like it was my best job ever. It's always hard to be super-satisfied, but yeah, it was ok.

“You want to be happy with your performance and make the best out of it. When you can't climb to your limit, it's always a bit frustrating.” 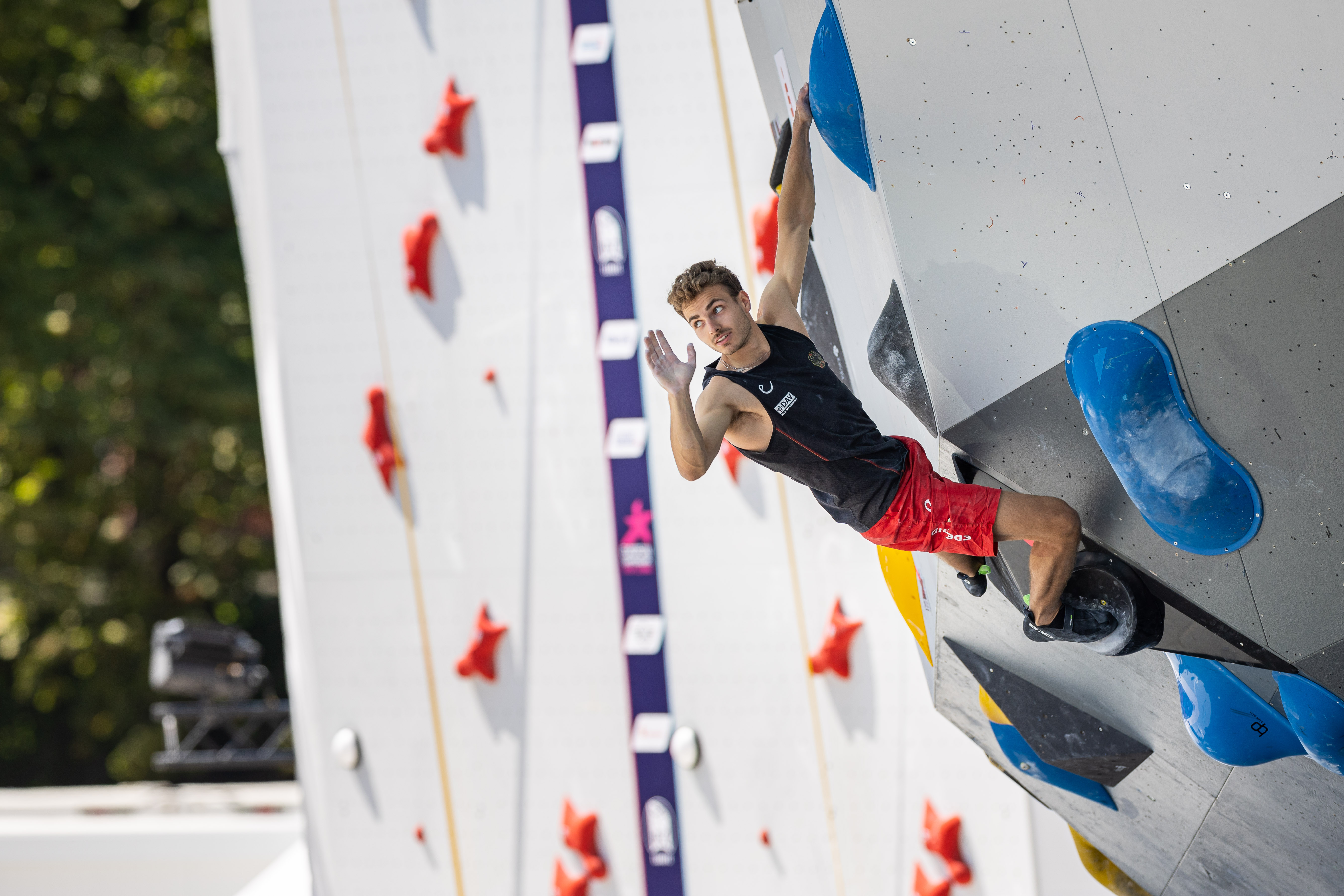 Yannick Flohé of Germany waves to the home crowd in the men's Boulder competition at Munich 2022
Photo: Jan Virt/IFSC