Climbing has taken centre stage at the Bundesplatz in Bern, Switzerland, to mark one-year-to-go until the start of the 2023 International Federation of Sport Climbing (IFSC) World Championships.

Set to take place in the Swiss capital from 1 to 12 August 2023, the IFSC Climbing and Paraclimbing World Championships Bern 2023 will offer the first qualifying opportunities for the following year’s Olympic Games, where Sport Climbing will award two gold medals per gender: in the new Boulder & Lead format, and in Speed.

To mark the occasion, a climbing wall in the form of a bouncy castle and a bouldering cube with an opportunity for friendly competition, has been placed in the heart of Bern as part of the celebrations.

Alec von Graffenried, mayor of the city of Bern said: “The World Climbing Championships are coming back to Switzerland after 22 years. But not just to Switzerland, but to Bern - as mayor that makes me particularly happy. The city of Bern and I are very pleased to welcome the event, all the athletes and the public as guests in the Swiss capital in exactly one year's time."

Around 750 athletes, across both Climbing and Paraclimbing, will gather at the spectacular PostFinance Arena for the 2023 event, the 18th edition of the World Championships, with 8,000 spectators set to watch as they do battle for medals and Olympic Games Paris 2024 qualification.

IFSC World Cup Meiringen 2022 bronze medallist, Swizerland’s Andrea Kümin said: "The World Championships are practically on our doorstep, in a hopefully full hall that has a unique atmosphere in store, with the best athletes in the world - that will be my absolute career highlight and I will do everything to be in top form!"

Admission to the qualifications, which take place in the nearby curling hall, will be free of charge with finals tickets available to buy from December this year.

The full schedule of the event is available here.

In addition to the sporting action, there will be a family-friendly adventure village with activities and attractions for all ages and interests in front of the arena during the final days.

Those who are curious can immerse themselves in the world of climbing and outdoor sports and get refreshments at one of the numerous stands before concerts and medal celebrations round off the program in the evenings. 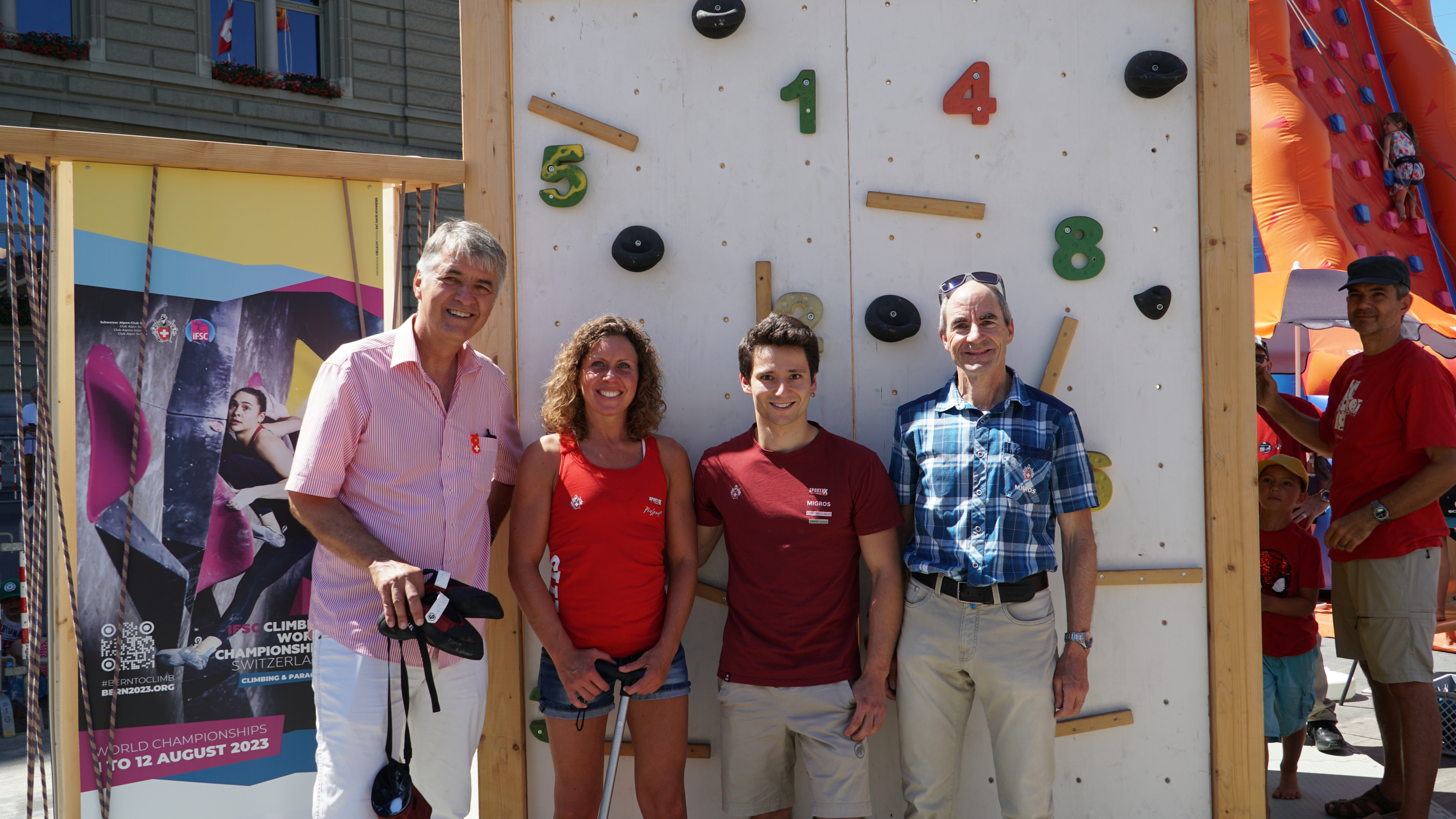