EMMA HUNT NAMED ATHLETE OF THE DAY AT BIRMINGHAM 2022

The International World Games Association (IWGA) has named Speed climber Emma Hunt of the USA the female Athlete of the Day at The World Games Birmingham 2022 for 15 July.

The 19-year-old won gold in the women’s Speed event, climbing on the highest step of The World Games podium in front of her home crowd, and beating 2021 Speed World Championship winner Natalia Kalucka of Poland. Hunt finished with 7.24 seconds, while Kalucka, after a slip in the first section of the race, finished with 8.88. The bronze medal was won by Germany’s Franziska Ritter.

The ceremony for the Athlete of the Day award took place at The World Games Plaza, where Hunt received the trophy along with orienteer Tim Robertson of New Zealand, also making herself available for an autograph and photo session.

“It’s been super special for me, I’m from Atlanta, Georgia, it felt very much like home turf, and I felt I had a little bit of home field advantage with the heat and humidity,” said Hunt. “I just tried to be focused on what I was doing, at the end of the day it’s just you against the wall.”

“It was a little overwhelming, I had not done anything like that before. It’s been very different than the other competitions I’ve been to, and exciting!” she concluded, when asked about her experience at The World Games Plaza.

Currently sitting in third place in the IFSC women’s Speed World Cup ranking 2022, Hunt will have the chance to defend – and possibly improve – her rank at the two remaining Speed events of the IFSC World Cup Series 2022: in Edinburgh, Great Britain from 9 to 11 September; and Jakarta, Indonesia, from 24 to 26 September. 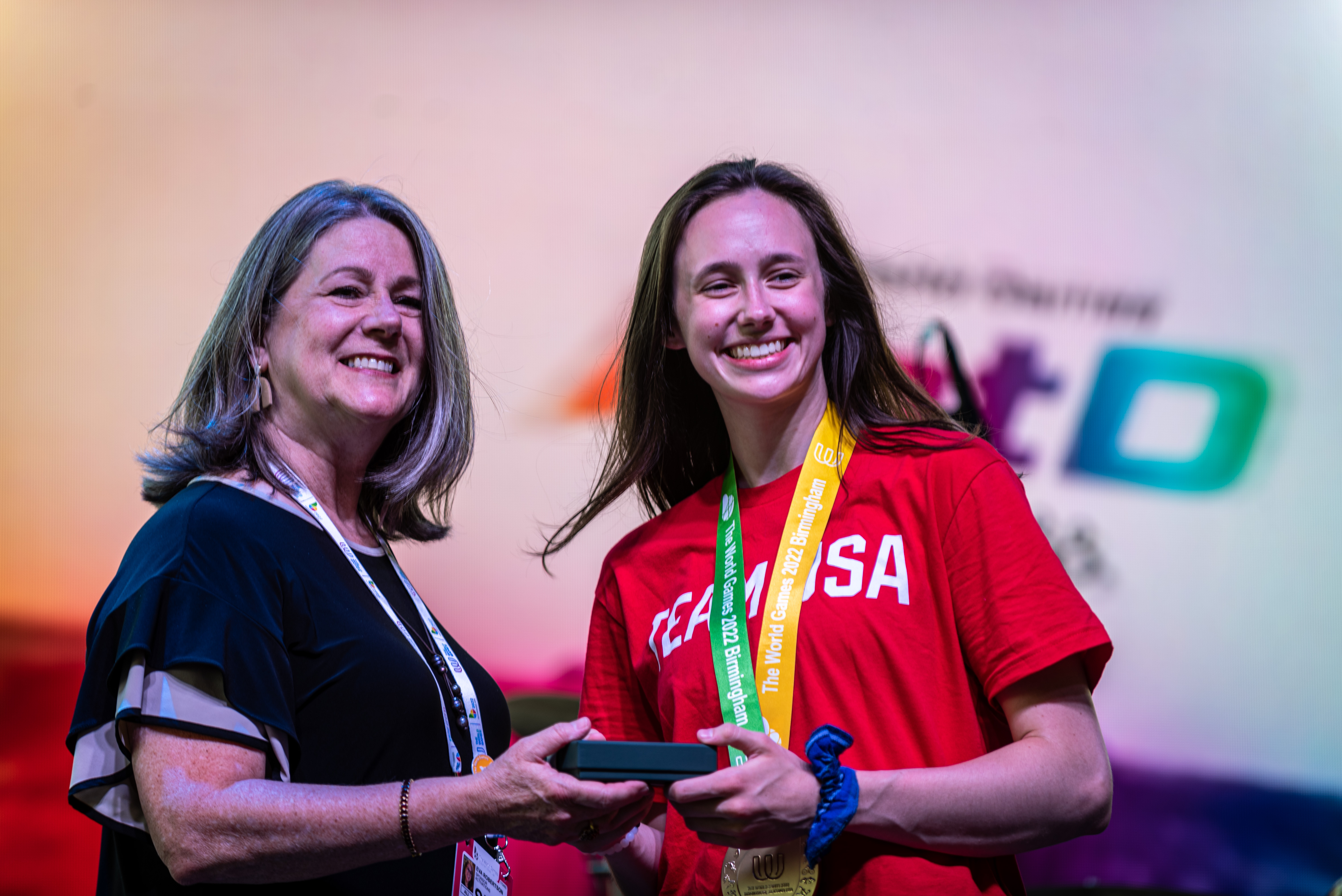