GOLD FOR GARNBRET, AND A WIN FOR ONDRA UPON HIS WORLD CUP RETURN

This evening saw the conclusion of the International Federation of Sport Climbing (IFSC) World Cup Chamonix 2022, where 17 climbers competed in Lead finals beneath the famous Mont Blanc. In the women’s final, Olympic gold-medallist Janja Garnbret, of Slovenia, took her third consecutive Lead World Cup gold medal, while the men’s event saw the return of Czech Olympian Adam Ondra, who came back to the World Cup circuit with a bang by taking tonight’s win.

After celebrating a huge milestone with her 50th World Cup medal win at the start of the 2022 Lead season, Garnbret showed no signs of slowing down in Chamonix, topping all routes from the qualification round through to this evening’s final. As such, the Olympian deservedly earned her 52nd* World Cup medal – her 35th gold, 21 of which she has won in Lead. Following tonight’s victory, Garnbret – who is two-time Lead World Champion, two-time Boulder World Champion, and two-time Combined World Champion – has won all three Lead World Cups so far this season.

“I felt flowy. Usually I feel more nervous when I know a lot of girls before me already topped, but this time I was super calm and relaxed. I just climbed with a little bit of caution because I knew that I needed to top the route, but it was easy!” said Garnbret when asked about tonight’s performance.

“Right now I’m really excited to go back home to fall back into a routine a little bit, and then I’m excited for Briançon,” she added.

In second place was fellow Olympian Laura Rogora, of Italy, who claimed her fourth IFSC World Cup medal – all of which she has earned in Lead. The Italian was delighted to secure a top, yet due to a tie with Garnbret, secured the silver medal based on her performance in previous rounds.

Olympian Seo Chaehyun, of South Korea, took the bronze medal, climbing atop a World Cup podium for a ninth time since storming onto the circuit in 2019. The Olympian also reached the top of the route, though ranked third based on her semi-final score.

In fourth place was Austrian Olympian Jessica Pilz, who likewise achieved a top, though missed out on a podium position counting back to her score from previous rounds. Japan’s Tanii Natsuki placed fifth with 45+, while the USA’s Natalia Grossman and Brooke Raboutou, Olympian, each reached 43+. The American duo ranked a respective sixth and seventh, again assessing their score in the semi-final. Slovenian Olympian Mia Krampl placed eighth, with a score of 37. 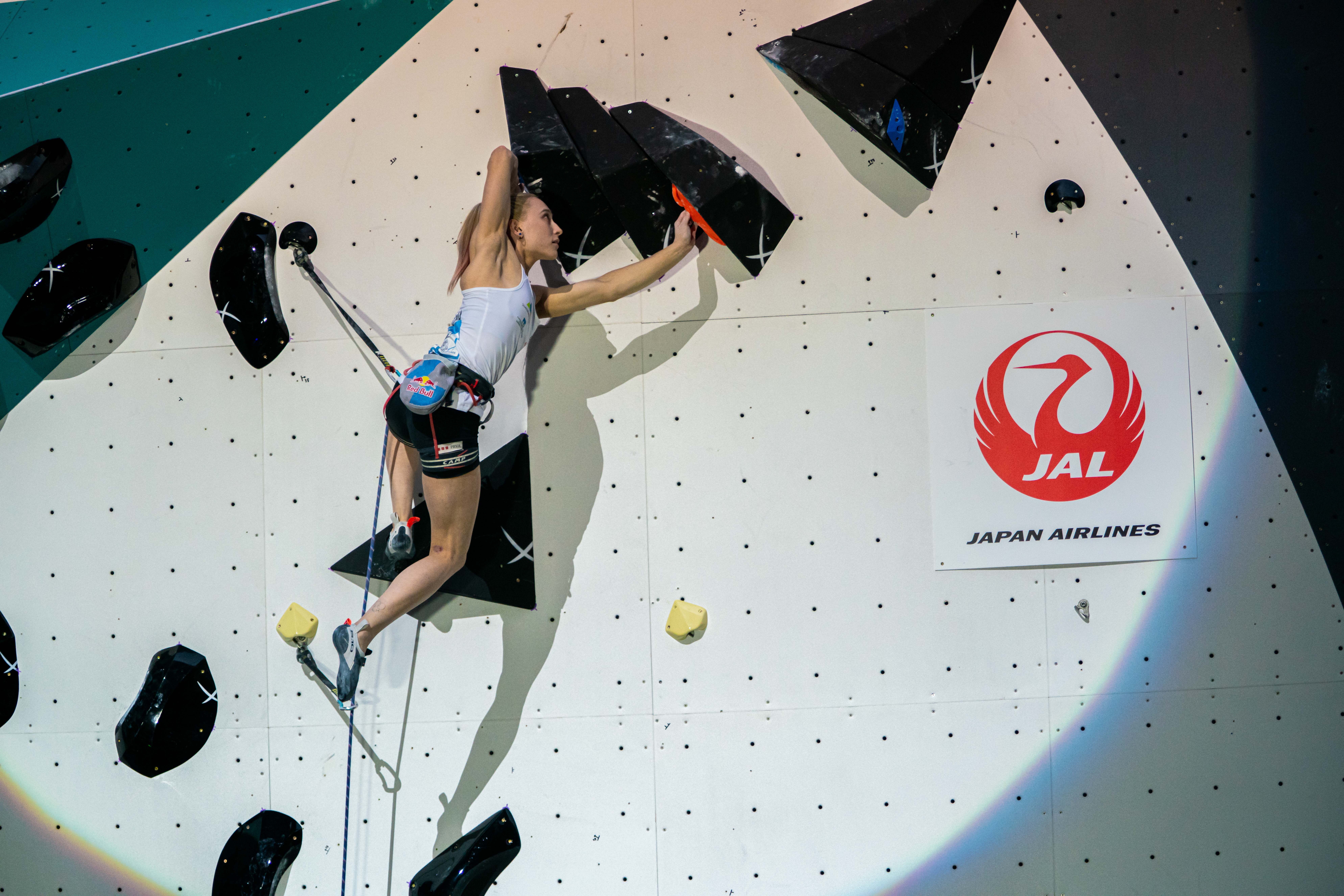 After taking a break following the Olympic Games Tokyo 2020, the Czech Republic’s Adam Ondra returned from his hiatus with a bang this weekend, earning his 22nd IFSC World Cup gold medal. Ondra leapt to the finishing hold of tonight’s route and although he didn’t land the jump, the Olympian threw himself into first position with a score of 39+. This marks Ondra’s 37th World Cup podium.

“I definitely needed a break after the Olympics, but now I feel it’s the time – I got hungry for competitions. I think I picked up the best Lead World Cup on the circuit which is Chamonix and it was a great decision – I enjoyed climbing here. I love climbing when it’s actually dark, that’s when the time is still here in Chamonix and when all the crowd behind your back is unbelievable,” said Ondra on his return to the IFSC World Cup circuit.

“I think the more complex the route, the better for me. I especially liked the pinchy section at the top of the overhang. Then I was kind of disappointed that it was just a pure crimp fest, but I was pretty happy that I could actually recover a little bit before the last crimps. The last dyno I was pretty sure from observation that I could just reach, but it was not possible,” he added about tonight’s route.

Matching Ondra’s score of 39+ was Japan’s Homma Taisei, who secured the silver medal. After taking the win in Villars last weekend, tonight marks the second medal of the season for Homma – his third time in total stepping onto an IFSC World Cup podium.

Completing the men’s podium was the USA’s Sean Bailey, who with a score of 29+, earned the fifth World Cup medal of his career so far. After making the podium three times in 2021, this is the American’s first podium position of the 2022 season.

Slovenia’s Luka Potocar and Germany’s Yannick Flohé each finished with the same score as Bailey, though placed fourth and fifth, respectively, based on their scores from previous rounds and time taken to complete tonight’s attempt. On home soil, France’s Sam Avezou placed sixth with 25+, followed by Great Britain’s Hamish McArthur in seventh, with the same score. Switzerland’s Sascha Lehmann ranked eighth with 20+, while Japan’s Yoshida Satone placed ninth after slipping at hold 12. Nine male athletes competed in tonight’s final as opposed to eight, due to tied scores earlier in the competition. 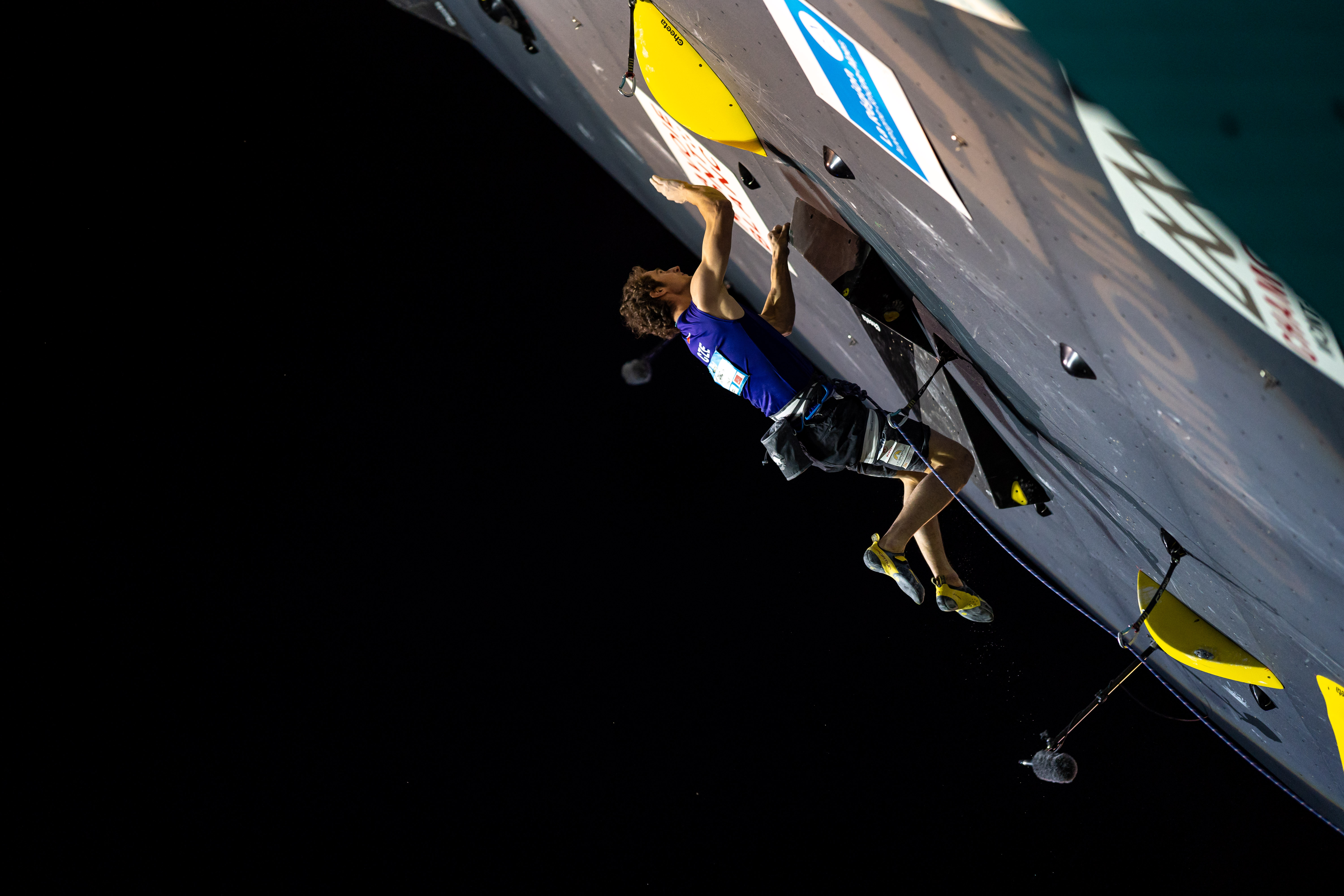 The IFSC World Cup Series 2022 continues later this month in Briançon, France, where athletes will compete in Lead from 22 to 23 July. News and updates on the event will be available on the IFSC website and on the Federation's social media profiles: Facebook, Instagram, and Twitter.

*N.B. Janja Garnbret’s medal count has been updated following a glitch in the results system, which previously excluded her silver medal win at the IFSC Lead World Cup Briançon 2020. As such, the Lead World Cup in Villars last weekend marked her 51st World Cup medal win, and not her 50th as previously reported.