The International Federation of Sport Climbing (IFSC) World Cup in Chamonix, France, opened with another stunning performance signed by Indonesian Speed climber Kiromal Katibin, who set a new men’s Speed world record for the fifth time since May 2021.

The 21-year-old from Batang, Central Java, shocked the crowd that gathered at Place du Mont Blanc on a sunny afternoon, stopping the clock at 5.00 seconds flat and writing another page in his personal history book of records.

Taking second place in the qualification was Zhang Liang of China, with 5.15; Cao Long, also of China, placed third with 5.16.

After securing the women’s Speed gold medal in Villars, Switzerland, one week ago, Deng Lijuan of China placed at the top of the qualification ranking in Chamonix with 6.74 seconds – a new Asian record.

Rajiah Sallsabillah of Indonesia and Aleksandra Kalucka of Poland also finished below the 7-second mark, and respectively placed second with 6.85, and third with 6.87.

Several national records were also set during the Speed qualification rounds. In the women’s event, Jeong Jimin of South Korea finished with 7.39; while in the men’s one:

The IFSC Lead and Speed World Cup in Chamonix will continue tomorrow: the men’s and women’s Lead qualification rounds will begin at 9:00 AM (UTC+2:00), while Speed finals are scheduled at 9:00 PM. 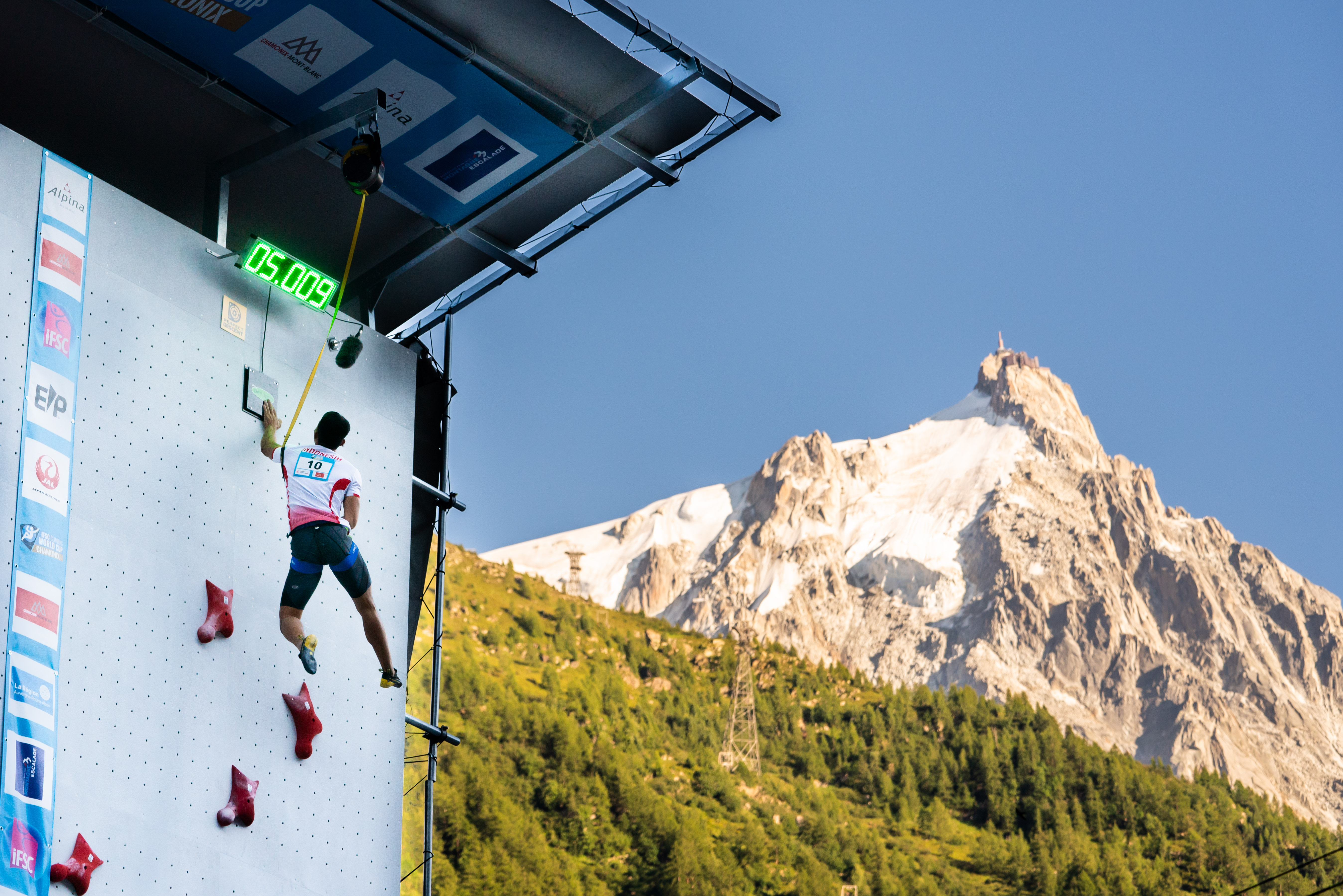