LEAD AND SPEED CONTINUE IN CHAMONIX, WHILE PARACLIMBING CONCLUDES IN VILLARS

This weekend, the International Federation of Sport Climbing (IFSC) World Cup Series 2022 continues in Chamonix, France, while the Swiss village of Villars plays host to the concluding Paraclimbing World Cup of the season.

Based at the foot of Mont Blanc, the French town of Chamonix will welcome 307 climbers – 137 women and 170 men – from 8 to 10 July. Athletes, representing 38 different countries and territories, are set to compete in the fifth Speed competition of the season, in addition to the third round of the IFSC Lead World Cup Series 2022.

Slovenian Olympian Janja Garnbret took the win in the first two Lead World Cups of the season. Could the Olympic gold medallist score a hat trick and continue her winning streak in Chamonix? Fellow Olympian Brooke Raboutou, of the USA, has likewise stood atop the Lead podium twice this year and as such, will be vying to add another medal to her collection this weekend.

In the men’s Lead event, American Olympian Colin Duffy and his compatriot, Jesse Grupper, are ones to watch, having bagged a medal at the IFSC Lead World Cups in both Innsbruck and Villars in recent weeks. After earning his first World Cup gold medal last weekend, could Japan’s Homma Taisei win another in Villars?

China dominated the Speed events in Villars last week, taking five out of a possible six medals. As such, all eyes will be on Team China in Chamonix – in particular last weekend’s gold medallists, Long Jianguo in the men’s event, and Deng Lijuan in the women’s. Indonesia’s Kiromal Katibin broke the Speed world record twice in quick succession in Villars, so spectators will be keeping watch for further record attempts in Chamonix this weekend. 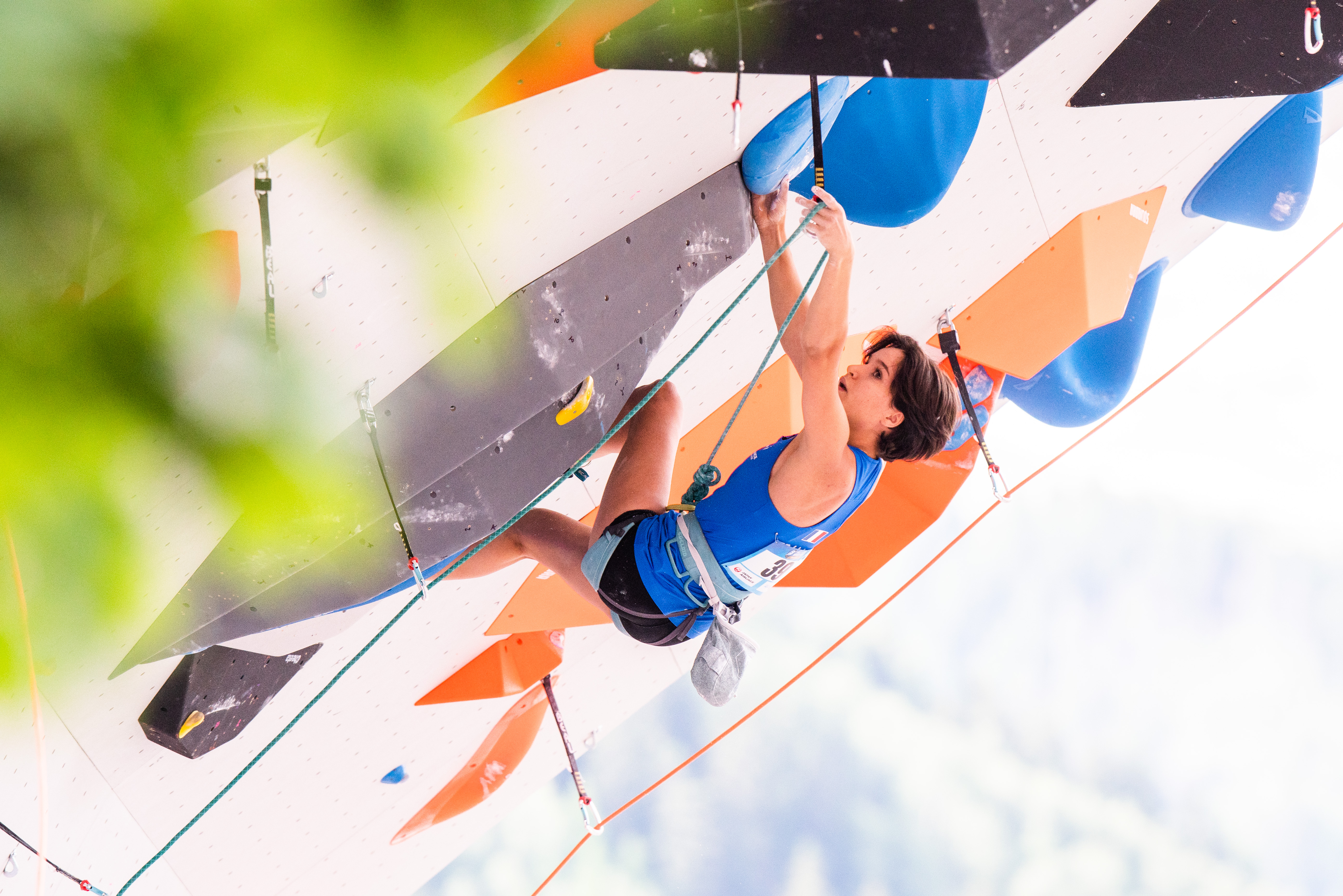 The third and final IFSC Paraclimbing World Cup of the season will take place from 8 to 9 July in Villars, Switzerland. Representing 23 different countries and territories, a total of 119 athletes will compete across 12 Paraclimbing sport classes.

Team Germany topped the medal table at the previous Paraclimbing World Cup in Innsbruck, Austria, with two gold medals and four silver. Could they do the same in Villars this weekend? Japan, Austria, France, and Great Britain all additionally earned gold medals in Innsbruck and as such, will be looking to climb onto the podium again in Villars.