Drawn against Man-hei Chung of Hong Kong, China in the first round, Katibin had the wall to himself after a false start for his competitor, and he took full advantage taking just 5.09 seconds to tap the finish pad.

Not happy with his third world record in four events, Katibin came back to take on Lane B and went even faster at 5.04 seconds to claim yet another world’s best time and move within touching distance of a sub-5.

There were three Chinese athletes making up the top four behind Katibin with Cao Long in second with 5.21, Long Jianguo third with 5.22, and Wu Peng with 5.32.

Before today, just three climbers had gone sub-7 seconds in women’s Speed. By the end of the day that total had more than doubled as four athletes hit the 6-second mark including China’s Di Niu who posted a new Asian Record of 6.91.

Compatriot Lijuan Deng followed closely behind with 6.94 just beating Aleksandra Kalucka of Poland who tapped at 6.95. Made Rita Kusuma Dewi Desak of Indonesia was the other climber hitting the sub-7 with 6.97.

The top 16 men and women will compete for medals tomorrow in the Speed finals at 9.00 PM (UTC+2:00), following the Lead qualifications which begin at 9.00 AM. 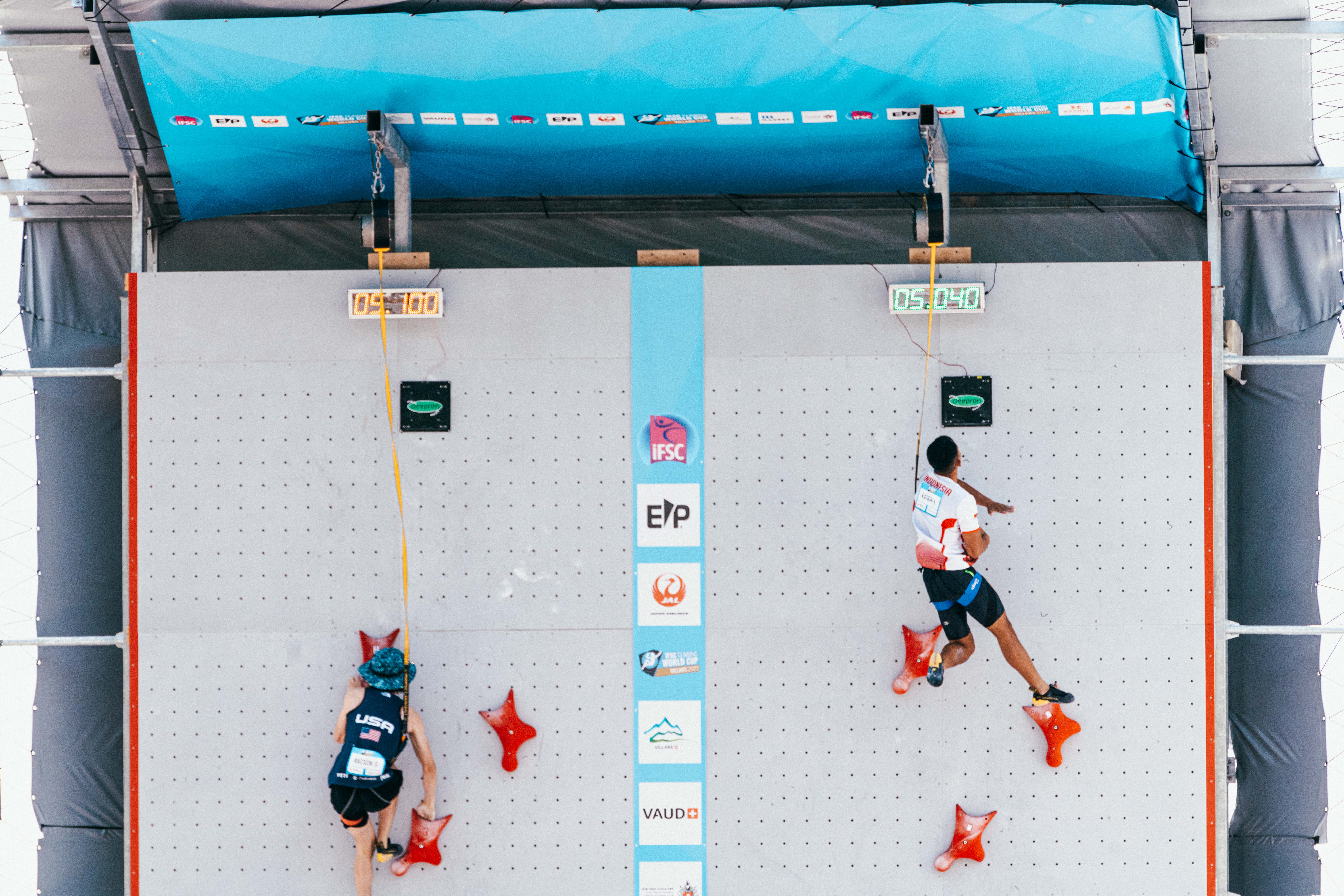