The International Federation of Sport Climbing (IFSC) Lead World Cup Series 2022 opened this morning in Innsbruck, Austria, with 53 athletes competing in tonight’s semi-finals. Following the events of the evening, eight women and nine men will progress to the first Lead final of the 2022 season tomorrow – eight of them being Olympians.

Five Tokyo 2020 Olympians – Brooke Raboutou, of the USA, Janja Garnbret, of Slovenia, Jessica Pilz, of Austria, Laura Rogora, of Italy, and Seo Chaehyun, of South Korea – achieved a top in the women’s semi-final, thus seeding joint first in the ranking ahead of tomorrow’s final. Having competed in just one Boulder World Cup this year to focus on training ahead of the Lead season, spectators within the Kletterzentrum were delighted to see Olympic gold medallist Garnbret back on the wall in Innsbruck.

Fresh from her double-podium last night after taking the Innsbruck Boulder final victory and the overall 2022 Boulder season win, the USA’s Natalia Grossman secured a score of 43+, therefore heading through to the final in sixth position. Japan’s Tanii Natsuki and Slovenia’s Vita Lukan will complete the women’s final line up, having scored a respective 41+ and 40 in the semi-final, placing seventh and eighth.

For the full results of the women’s Lead semi-final click here.

The USA’s Jesse Grupper and Japan’s Yurikusa Ao bagged a joint top score of 45+ in the men’s semi-final, placing the pair in joint first place ahead of tomorrow’s concluding round. This marks the second ever IFSC World Cup final for Yurikusa, and the third for Grupper.

Three Olympians – Colin Duffy, of the USA, Jakob Schubert, of Austria, and Alexander Megos, of Germany – will compete in the men’s final. The trio scored 43, 41+, and 38+ respectively in the semi-final, thus ranking third, fourth, and eighth. Slovenian Luka Potocar and Germany’s Yannick Flohé matched Schubert’s score of 41+, also progressing to the final in fourth position. Despite taking the victory at the IFSC Boulder World Cup Brixen 2022, this will mark Flohé’s first ever Lead World Cup final.

Japan’s Homma Taisei claimed seventh place with 40, while his teammate Yoshida Satone matched Megos’ score of 38+ and as such, tied with the German in eighth place. With multiple athletes tying, also taking into account their qualification score, a total of nine athletes will compete in the men’s final, as opposed to eight.

For the full results of the men’s Lead semi-final click here.

Finals are set to take place from 7:00 PM (UTC+2:00) tomorrow, commencing with the women’s final and followed by the men’s. 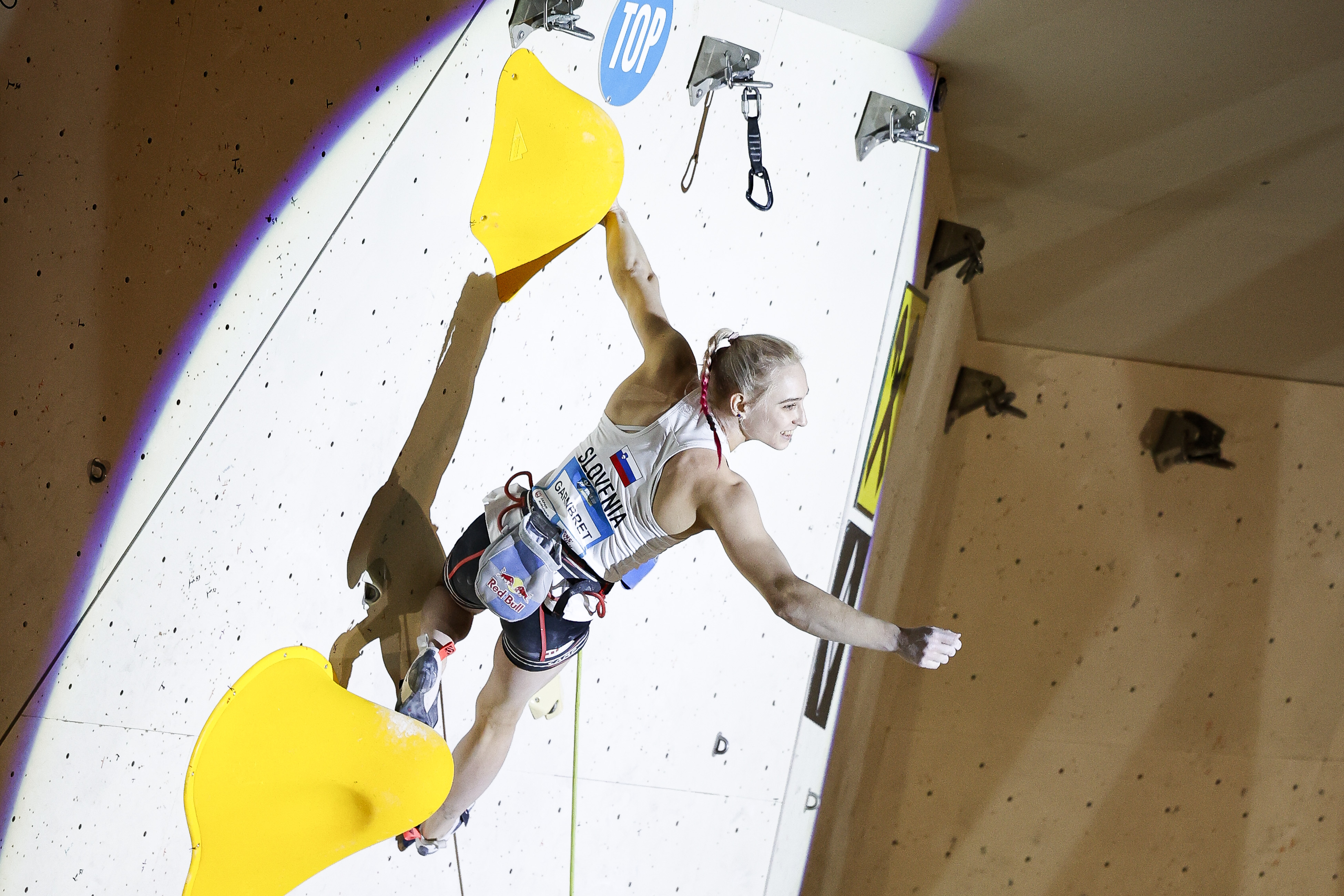