Day three of the International Federation of Sport Climbing (IFSC) World Cup in Innsbruck, Austria, opened with the women’s Boulder semi-final round, which determined the six athletes advancing to tonight’s final.

After having already secured her second, consecutive IFSC Boulder World Cup trophy, Natalia Grossman of the USA kept her impressive streak of topped boulders open, solving the four semi-final problems and finishing first in the round. Grossman’s latest unsolved problem at an IFSC World Cup event now dates to the semi-final of the IFSC World Cup in Salt Lake City, Utah, USA, on 29 May. 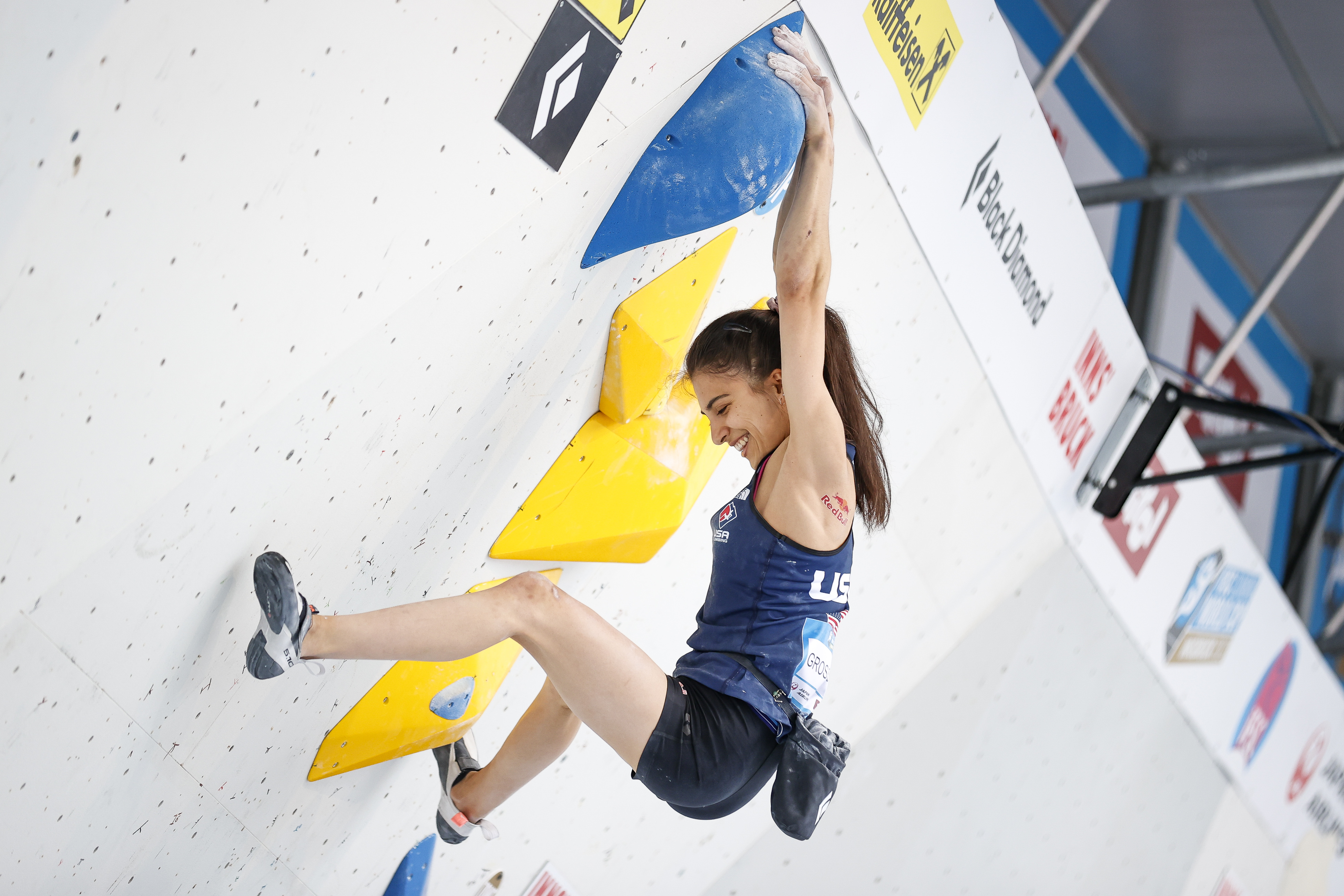