Determining the six athletes who shall progress to this evening’s final, this morning saw 20 climbers take to the wall to compete in the women’s semi-final of the International Federation of Sport Climbing (IFSC) Boulder World Cup Brixen 2022.

Following on from a perfect score in the qualification round yesterday, Natalia Grossman of the USA firmly secured her spot in the final by flashing all four semi-final problems. The American will thus proceed to the final in first position, closely succeeded by Japanese Olympian Nonaka Miho who placed second with four tops – three of which were achieved in just one attempt.

Heading into tonight’s final in third position is Hannah Meul of Germany, who obtained three tops and four zones, with two flashes. Nonaka’s teammates – Okawachi Serika and Matsufuji Anon – placed fourth and sixth respectively in the semi-final, having also each accomplished three tops and four zones. The pair will therefore join their compatriot in the women’s Boulder final.

In joint fourth place alongside Okawachi, Luo Zhilu of China takes the final spot in the closing round of the women’s event. With three tops and four zones, this sees the 16-year-old progress to the final of the first ever IFSC World Cup in which she has competed and as such, Luo is pinned as a name to watch.

For the full results of the women’s Boulder semi-final click here.

The women’s Boulder final at the IFSC World Cup in Brixen will take place at 8:00 PM (UTC+2:00) today, with the men’s semi-final scheduled for tomorrow at 11:00 AM. 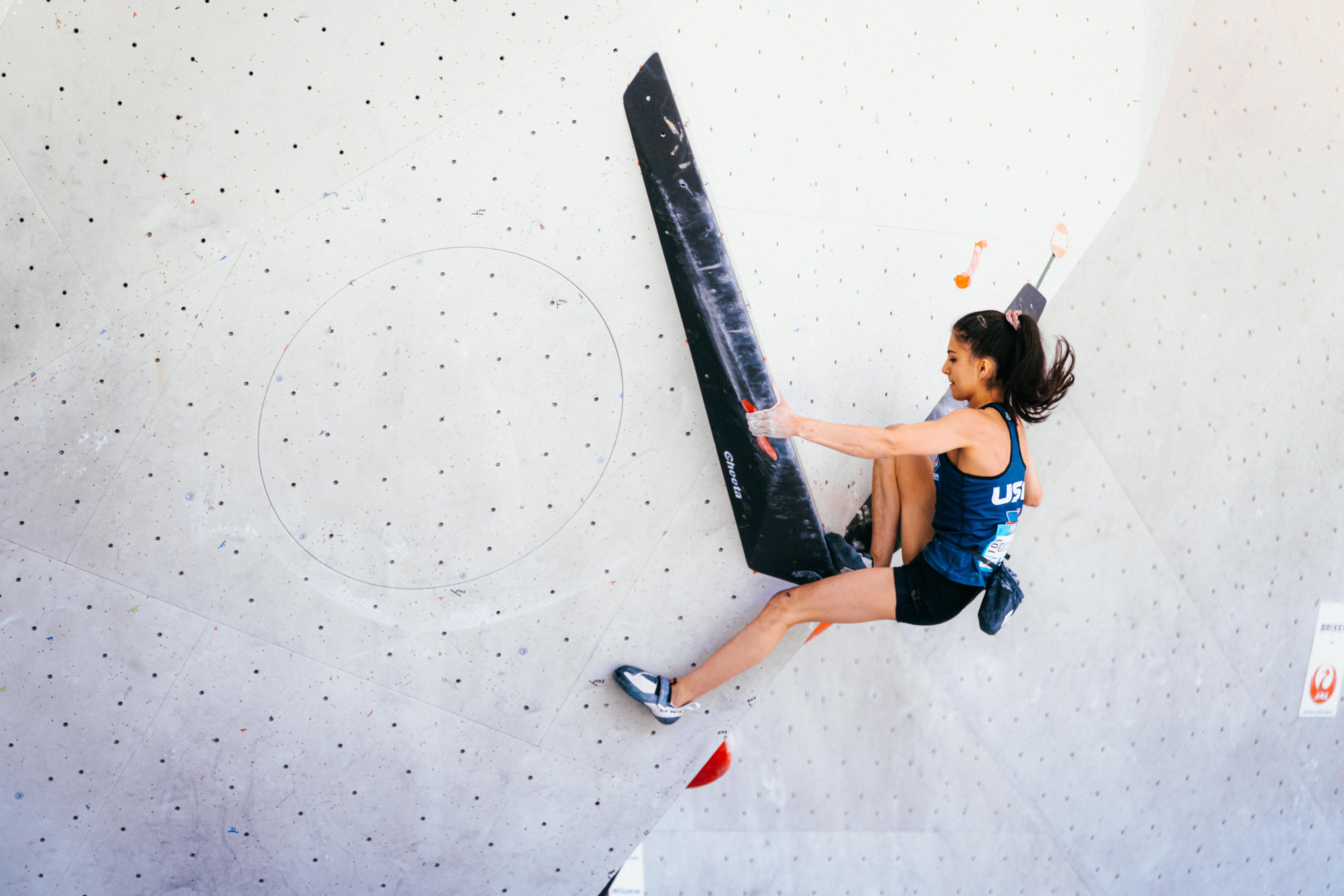 Natalia Grossman of the United States of America topped nine out of nine boulders between qualification and semi-final
Photo: Lena Drapella/IFSC