In the second race of her qualification round – after she previously closed with 6.68, the second fastest time ever – Aleksandra Miroslaw of Poland climbed the Speed route in 6.53 seconds and set her third consecutive world record!

Miroslaw first broke the 6.99 set by Russian specialist Iulia Kapliina at the Olympic Games Tokyo 2020, where she stopped the clock at 6.84. Then, in the opening Speed event of the 2022 season – the IFSC World Cup in Seoul, South Korea – the Polish climber bested her own time and set the bar at 6.64.

The 6.53 marked in Salt Lake City also placed her at the top of the women’s table, followed by her teammate Aleksandra Kalucka, second with 7.04, and home favourite Emma Hunt of the United States of America, third with 7.05.

The IFSC World Cup in Salt Lake City will continue tonight with the men’s and women’s Speed final, starting at 8:00 PM (UTC-6:00).

For information about broadcasting and live streaming of the IFSC World Cup in Salt Lake City click here. News and updates about the event will also be available on the IFSC website, and on the Federation’s social media channels: Facebook, Instagram, and Twitter. 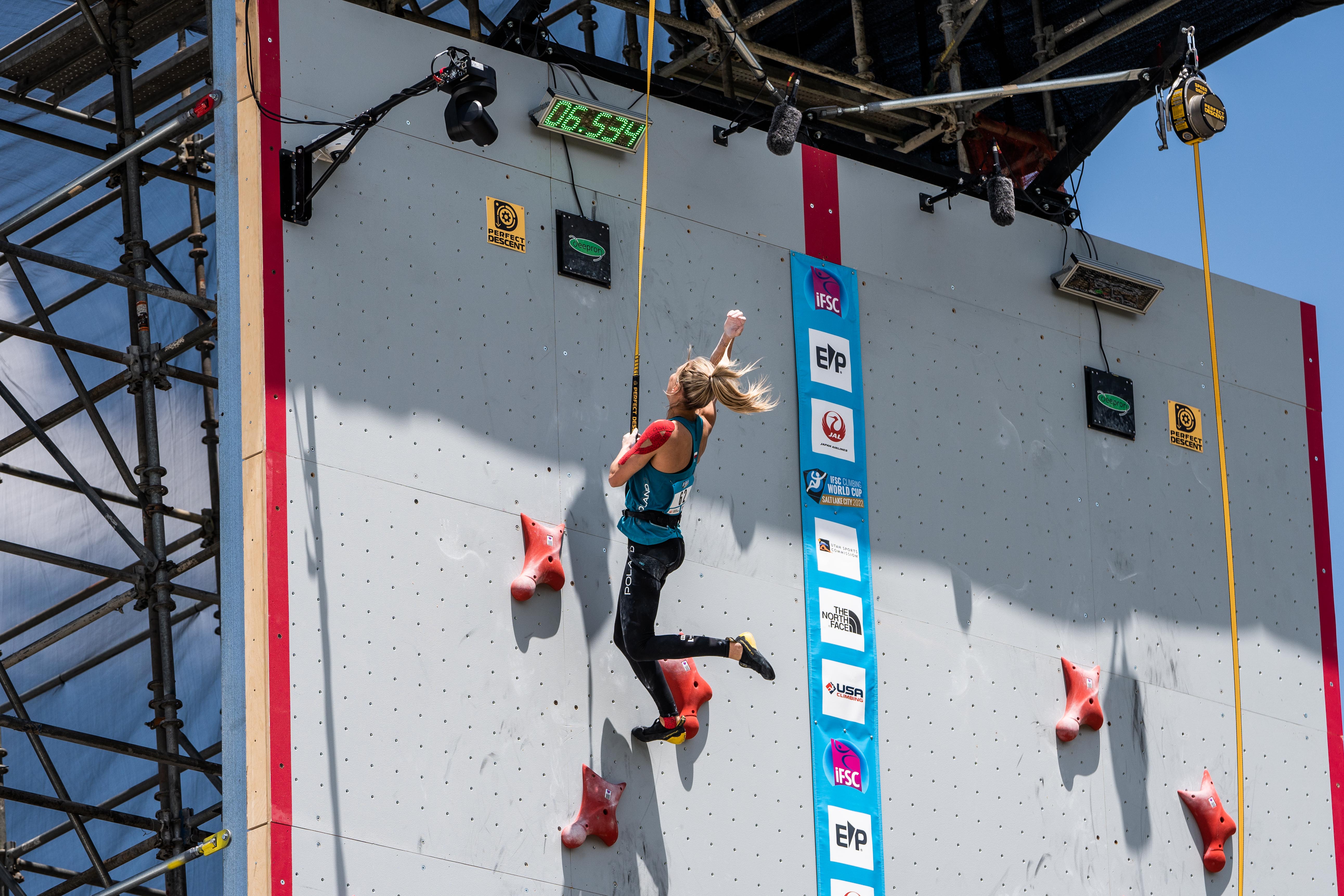