Katibin bested the 5.17 he set at the IFSC World Cup in Seoul, South Korea, on 6 May, also taking the top position in the men’s Speed qualification ranking. His teammate Veddriq Leonardo placed second with 5.28; John Brosler of the United States of America placed third with 5.57

One year ago, also in Salt Lake City, Katibin was the first climber to break the historical 5.47-record set by Reza Alipour of Iran in Nanjing, China, on 30 April 2017.

The IFSC World Cup in Salt Lake City will continue tonight with the men’s and women’s Speed final, starting at 8:00 PM (UTC-6:00).

For information about broadcasting and live streaming of the IFSC World Cup in Salt Lake City click here. News and updates about the event will also be available on the IFSC website, and on the Federation’s social media channels: Facebook, Instagram, and Twitter. 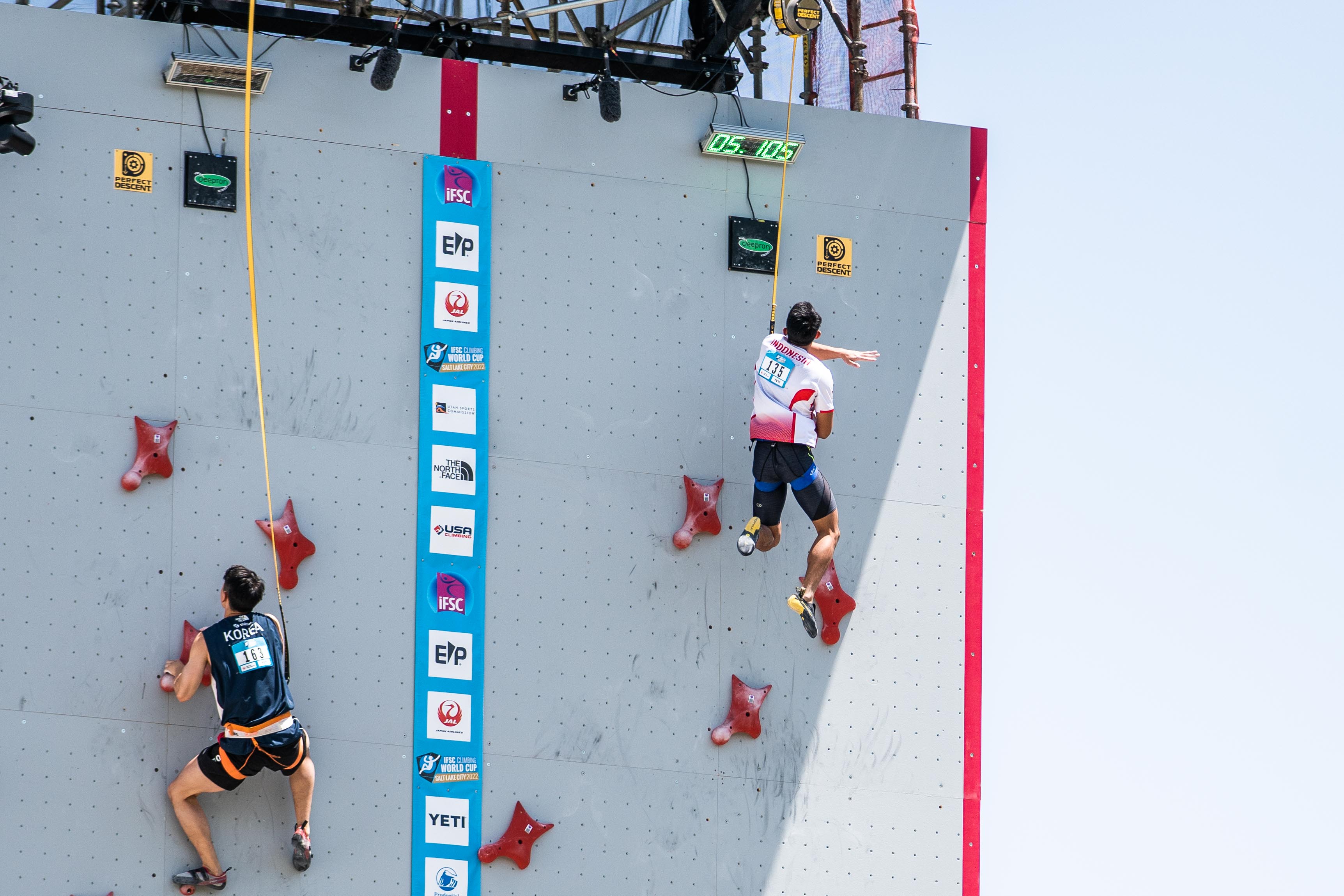